You are in : All News > French baguette receives Unesco cultural heritage status 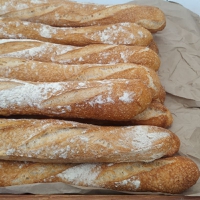 01 Dec 2022 --- French staple bread baguette has made into the Unesco intangible cultural heritage list, joining a diverse group of protected foods, such as Belgian beer, Neapolitan Pizza and traditions like Chinese tea-making.

“This honoring of the know-how and culture of the baguette by Unesco will help to encourage new vocations. Indeed, more than a simple list, the intangible cultural heritage of Unesco is a real lever for action,” a Unesco spokesperson, tells FoodIngredientsFirst.

“This inscription is accompanied by concrete safeguarding measures that France and professionals are committed to implement in the coming years, such as the creation of a professional certificate for people who are most vulnerable in terms of employment, the establishment of a directory of experts or the organization of a national day of celebration,” they explain.

“[This decision] celebrates the French way of life: the baguette is a daily ritual, a structuring element of the meal, synonymous with our culture of sharing and conviviality”, adds Unesco’s chief and former French culture minister, Audrey Azoulay.

According to the National Confederation of breadmakers of France, 6 billion baguettes are made yearly in France.

Declining heritage
The cultural protection comes as the tradition of baguette-making has been steadily declining for over 50 years.

It is in rural communities that this number has declined the most. 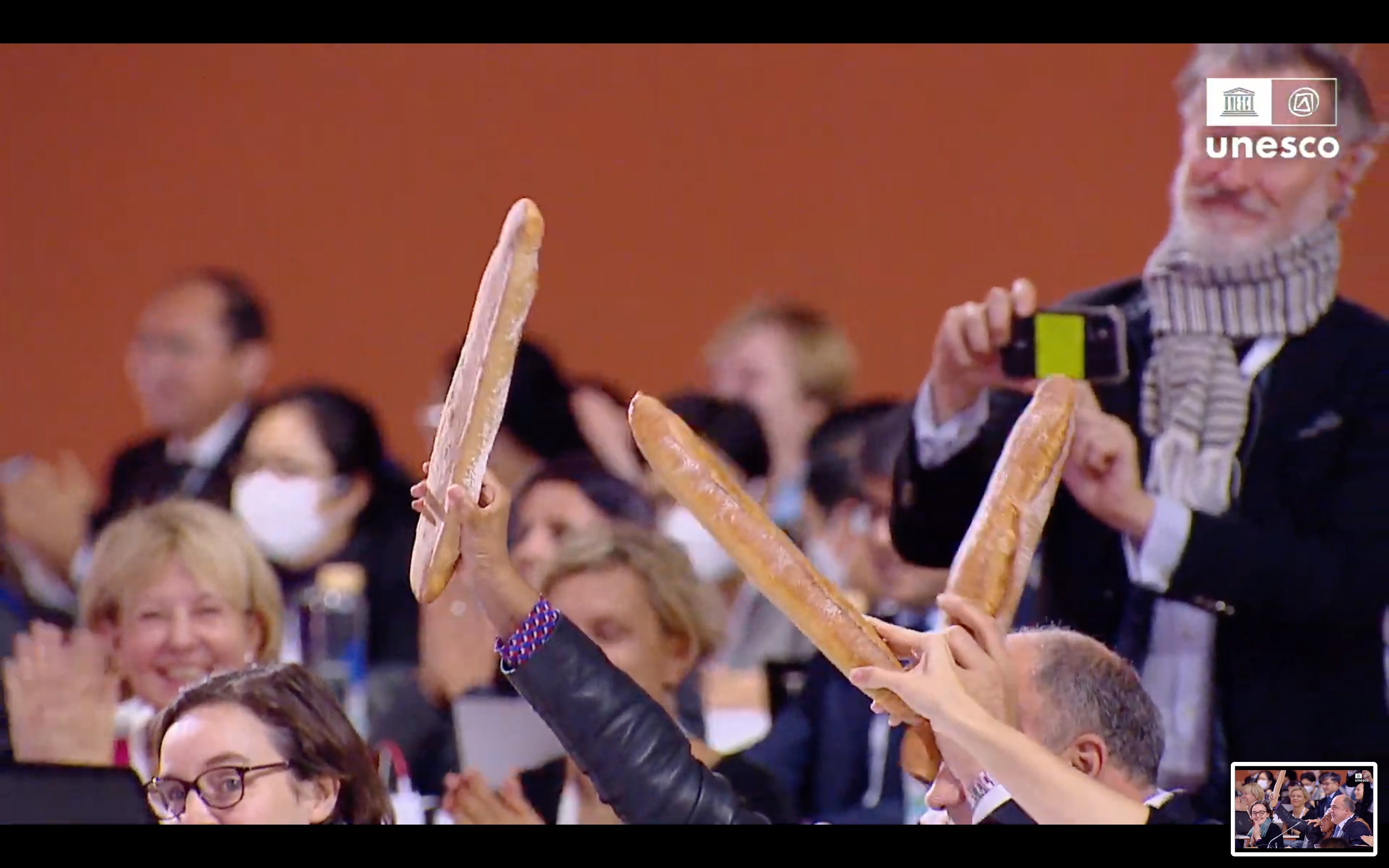 The French delegation celebrating Unesco's decision.“It is important these skills and social habits continue to exist in the future,” highlights Azoulay, talking about the tradition of buying bread in local boulangeries.

According to Unesco, baguette generates modes of consumption and social practices that are unique and differentiate it from other breads, such as the mentioned visits to the bakeries and specific display racks to match their long shape.

Baguette création
Unesco explains that, unlike other loaves, the baguette is made with only four ingredients (flour, water, salt and leaven and/or yeast).

“Baguettes require specific knowledge and techniques: they are baked throughout the day in small batches and the outcomes vary according to the temperature and humidity,” says the international body.

Their crisp crust and chewy texture result in a specific sensory experience.

Bread developments
While a traditional baguette only needs four ingredients to succeed, industry is working to provide other solutions that fit specific customer requirements and needs.

The new fiber is also suitable for fortifying low-calorie and low-GI foods. It can be gluten-free or be added to low-fiber foods such as white bread, cakes, pasta, pizza and sauces.

Meanwhile, in response to the growing number of gluten-intolerance diagnoses, Lantmännen Biorefineries launched its gluten-free wheat starch from autumn wheat harvested in Sweden.

Döhler and Sacco System have formed an alliance in the plant-based dairy alternatives and food cultures categories. The partnership will start with formulating new... Read More

The Gorilla Coffee Alliance, established by the US Agency for International Development (USAID) in partnership with Nespresso and Olam Food Ingredients (OFI) and others,... Read More