You are in : All News > Food supply directly impacted: Agri-food campaigners flag five-fold rise of heavy pesticide use since 1950

09 Jun 2020 --- Insects are in global decline because of industrial farming and heavy pesticide use, which are posing a direct threat to food production, according to a new analysis entitled Insect Atlas. The report was released by German independent political foundation Heinrich-Böll-Stiftung and Friends of the Earth Europe. The organizations flag that pesticide use has risen five-fold since 1950, with over 4 million metric tons sprayed on fields worldwide every year. Meanwhile, two-thirds of the pesticides market is dominated by four companies: BASF, Bayer, Syngenta and Corteva.

“The evidence is clear. Pesticide use is wiping out insect populations and ecosystems around the world and threatening food production. A handful of corporations control the bulk of pesticide supply, and if left unchecked will continue to use their immense political influence to lock in a system of industrial farming, which will continue to wipe out nature and destroy rural communities,” asserts Mute Schimpf, Food and Farming Campaigner at Friends of the Earth Europe.

The analysis also highlights that insect species and pollinators are in severe decline because of pesticide-dependent industrial farming. It reveals that:

“The global loss of insects is dramatic,” stresses Barbara Unmüßig, President of the Heinrich-Böll-Stiftung. “Industrial monocultures with energy or fodder plants for our factory farming are driving  deforestation, monotonous agricultural deserts and the unlimited application of pesticides in countries such as Brazil or Indonesia.”

“In Argentina alone, the use of pesticides has increased tenfold since the 1990s. Pesticides from major chemical companies such as Bayer and BASF, which have long been banned or are no longer licensed in the EU, continue to be traded globally almost without restriction,” she further notes.

Due to an overt lack of regulatory insight, nearly 50 percent of the pesticides in Kenya and over 30 percent in Brazil are highly toxic to bees. “The Mercosur agreement also negotiated a tariff reduction for chemical products, including pesticides. The goal of exporting even more pesticides to the world's most biodiverse regions mocks all national sustainability efforts,” says Unmüßig. 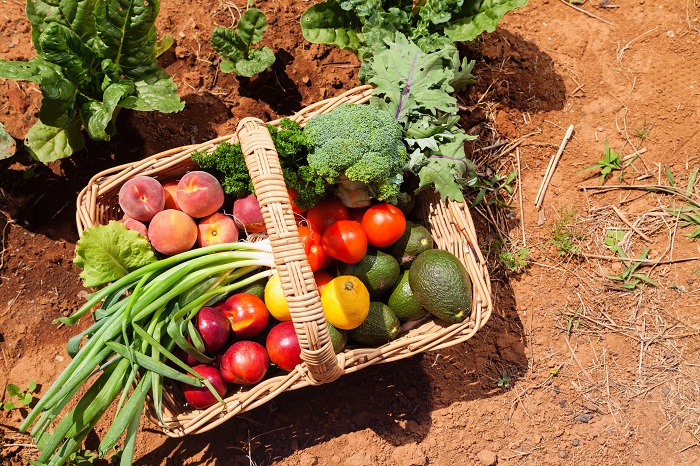 Click to EnlargeDue to an overt lack of regulatory insight, nearly 50 percent of the pesticides in Kenya and over 30 percent in Brazil are highly toxic to bees.Preventing insect collapse
The Insect Atlas highlights ways in which the EU can support sustainable models of farming that can prevent insect collapse and guarantee food production and good livelihoods for farmers and farmworkers. These include reducing the use of synthetic pesticides by 80 percent in agriculture by 2030, with a just transition for farmers – a proposal backed by over 350,000 EU citizens.

Meanwhile, the analysis supports radically reforming the EU’s Common Agricultural Policy (CAP) to remove harmful untargeted direct payments, setting aside at least 50 percent of the CAP budget for environmental, nature and climate objectives and supporting farmers in the transition to agroecology.

The Biodiversity Strategy and Farm-to-Fork initiative are first steps into a sustainable transition of the European agricultural sector, but are deemed insignificant by Unmüßig. “The CAP has to be reshaped to finally contribute tangibly and decisively to an insect- and climate-friendly agriculture. Just 20 percent of all producers in Europe get 80 percent of CAP subsidies – this can not be justified any longer. Large area subsidies from which only a few big farms benefit have to be redirected into supporting small, environmentally and socially viable farming.”

Friends of the Earth Europe and Heinrich-Böll-Stiftung are now calling for a new law to cut pesticide use by 80 percent by 2030, as well as other measures to prepare the way towards fairer and greener food systems.

“UK consumers are likely to be exposed to larger amounts of more toxic chemicals in their food if trade negotiators from the US have their way,” warns Sustain. This comes alongside new YouGov polling which reveals that almost three quarters (71 percent) of British consumers want the UK Government to resist US attempts to overturn bans on pesticides, even if this means the “best” trade deal cannot be reached.

Concern is now mounting that in the wake of the UK’s exit from the EU, trade deals currently under negotiation with the US, and planned imminently for Australia and India, will drive down UK pesticide standards. This not only risks damaging public health but also the environment as trade negotiators push the UK government to allow currently banned hazardous pesticides to be used in UK farms and gardens.

“In an already uncertain economic climate, the lowering of pesticide standards could be catastrophic for UK farming as well as the environment. If UK farmers are forced into using pesticides in order to compete with a flood of cheap food imports then their exports will no longer meet EU standards and they’ll lose one of their key markets. Sixty percent of UK agricultural exports currently go to the EU so this could finish off many farming businesses,” concludes Vicki Hird, Farm Campaign Coordinator at Sustain.

08 Jan 2021 --- The UK’s Department for Environment, Food and Rural Affairs (Defra) has begun a new consultation on genetic modification of food and gene editing. The plans... Read More

06 Jan 2021 --- Aleph Farm’s whole-muscle steaks cultivated from cells will soon be served at the Japanese table. The Israeli start-up has partnered with Mitsubishi... Read More

04 Jan 2021 --- The brains behind the Veganuary movement and vegan investment fund Veg Capital has now turned his attention to selling vegan fried chick*n, with the aim of... Read More