You are in : All News > Fish welfare: Transparency in salmon farming “extremely weak” and legislation needed, report flags

11 Feb 2021 --- Intensive farming practices by salmon producers have cost the industry almost US$50 billion since 2013, according to a new report from social and economic research company Just Economics.

The report explores the sustained risks of “unnecessary” salmon motilities, destruction to local ecosystems and pressure on wild fish stocks, which are not being accounted for in company reporting and are linked to some of the largest retailers.

“This should include requirements for reporting on mortalities data (with a view to blacklisting suppliers with high mortality rates), and disclosure of producers’ own supply chain, from source fisheries upwards,” she continues.

“Retailers should also commit to phasing out the use of wild caught fish in feed by 2025 at the latest.”

The report finds that existing transparency and accountability in salmon farming are “extremely weak” and that legislation is needed for the industry to meet higher standards.

It reveals that poor fish husbandry, parasites and pollution are causing “hundreds of millions” of fish mortalities before the fish are ready for slaughter, raising questions around fish welfare.The report finds that existing transparency and accountability in salmon farming are “extremely weak” and that legislation is needed for the industry to meet higher standards.

Nearly US$50 billion in costs
Overall, salmon aquaculture has reportedly produced costs of USD$47 billion since 2013.

When these costs are segmented into private and external costs, around 60 percent (USD$28 billion) fall to producers and 40 percent to wider society and (US$19 billion), Just Economics highlights.

Fish mortalities account for the highest cost of US$15.5 billion to the’ economies of four countries outlined in the report – Scotland, Norway, Chile and Canada – which account for 96 percent of farmed salmon across the world.

“Norway is the world’s largest salmon producer, producing 52 percent of global production, which was 1.3 million metric tons in 2018,” details Hurley. “The analysis reveals that Norway is impacted with the highest economic, social and environmental costs.”

“The short-term pursuit of profits by salmon farmers in Norway has cost the industry and wider society almost US$28 billion – more than half of the total cost to all countries combined.”

Other retailers include IKEA and Marks & Spencer, which have been linked to the aquaculture companies in the report.

The list also features Tesco, which has previously collaborated with World Wide Fund for Nature (WWF) to map the environmental impact of food production in a “ground-breaking measure” to screen samples of regularly purchased products.

FoodIngredientsFirst reached out to these companies for comment on the findings of this report. 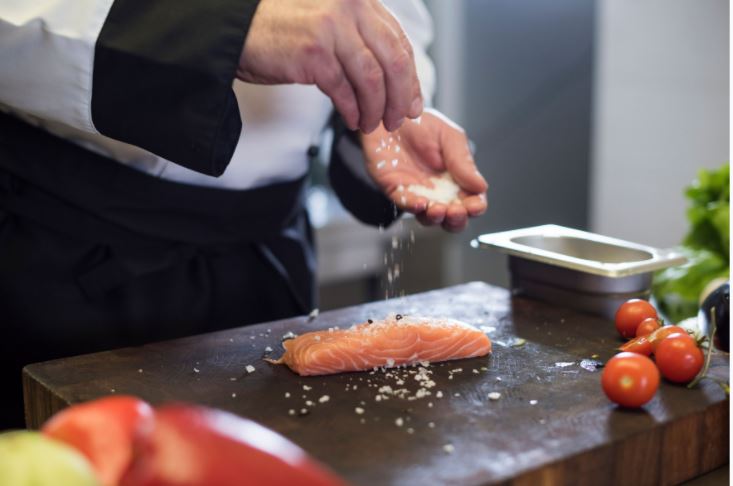 “They can also seek out alternatives to carnivorous fish such as molluscs and small oily fish that provide nutritional benefits at lower social, economic, and environmental costs,” she notes.

“In addition to this, consumers can demand the retailers and salmon industry to phase out the use of wild caught fish in aquaculture supply chains.”

Sustaining a global appetite for fish
The analysis shows that reducing salmon mortalities to 5.5 percent – closer to mortality rates on egg-laying hen farms – in Norway would represent an annual saving of over US$892 million, based on 2019 volumes and prices.

Overall, the global demand for seafood is expected to increase in the years ahead and part of this will have to be met by increased environmentally sustainable aquaculture production.

To this end, the International Organization for Standardization (ISO) has recently published standardized guidelines to quantify the environmental sustainability of finfish.

The guidance enables carbon footprint calculation and communication of finfish products from fishing or cultivation through to consumption.

The standardized approach comes as transparency and sustainability are increasingly important as highlighted in Innova Market Insights’ Top Trend for 2021: “Transparency Triumphs.”