You are in : All News > European Union Commission Rejects Mandatory Nanomaterial Registry 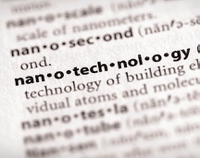 29 Apr 2016 --- Much to the dissatisfaction of environmental organizations, research organizations and consumer groups, the European Commission appears to have rejected the proposed registry for the use of nanomaterials. The registry would have required those within the food and beverage industry to register any nanomaterials used in substances of products.

Recent investments in nanotechnology research by the United States Department of Agriculture demonstrate that nanotechnology’s potential for food development and food safety is significant. Dr. Hongda Chen, National Program Leader for Bioprocess Engineering and Nanotechnology at USDA’s National Institute of Food and Agriculture (NIFA) details several of those possibilities in the April/May 2016 edition of The World of Food Ingredients. He says: “Such a fundamental science really has a significant impact on agriculture and food and many other industry sectors.”

The EU’s recent decision will allow companies to utilize nanomaterials without having to register them in a mandatory system. Several organizations, including the Bureau Européen des Unions de Consommateurs (BEUC, The European Consumer Organization) were campaigning for the introduction of a mandatory registry. However, instead of creating a registration system for the use of nanomaterials within any industry in the European Union, the Commission seems to have chosen for an observatory, which would only contain information which has been supplied voluntarily.

A nanometer is one-billionth of a meter (10-9 meters), while a micrometer is 10-6 meters. A typical germ is described as being approximately 1,000 nanometers big. Nanoscience, the exploration and engineering of matter at the atomic and molecular level, is already defined by The European Food Safety Authority (EFSA). EFSA published a scientific opinion on nanoscience as it relates to food safety in 2009. In 2011, it followed with a guidance document, which advised the industry on how to assess potential risks of nanotechnology when applied to food. EFSA states that the document: “provides practical recommendations on how to assess applications from industry to use engineered nanomaterials (ENMs) in food additives, enzymes, flavorings, food contact materials, novel foods, food supplements, feed additives and pesticides.”

The nanomaterial observatory will be created and led by the European Chemicals Agency (ECHA). Doreen Fedrigo-Fazio, Senior Policy Officer for Nanotechnology and Environmental Health at European Environmental Citizens’ Organization for Standardization (ECOS) spoke to FoodIngredientsFirst on the Commission’s decision. “One of the potential options was the nano registry, which means that anyone putting a substance or product on the market that is considered, or contains nano, would have to register it through a database or some sort of information portal. Another option considered was a nano observatory, which is a collection of information that will be made available to the public, consumers, workers and public authorities. The observatory is the option that the not-quite-completed impact assessment is tending to lean towards. The commission held a workshop on Monday, in anticipation of the observatory being the option that will be chosen.”
Sylvia Maurer, Head of Sustainability and Safety at the BEUC spoke to FoodIngredientsFirst about the development: “The observatory will have 3 pillars. First, collecting information on nanomaterials which already exists, second, generating some additional information but under severe budget restraints and third, making the information accessible to laypersons.”

However, Maurer relates that a major shortcoming is that the observatory is unable to rectify a current failure of manufacturers to comply with REACH requirements. REACH, Registration, Evaluation, Authorisation and Restriction of Chemicals is an EU regulation. According to ECHA it was “adopted to improve the protection of human health and the environment from the risks that can be posed by chemicals, while enhancing the competitiveness of the EU chemicals industry. It also promotes alternative methods for the hazard assessment of substances in order to reduce the number of tests on animals.”

Maurer explains: “The REACH regulation contains the principle ‘no data, no market’ which means manufacturers have to provide and generate safety data for all chemicals that are placed on the market.” In principle, this also applies to nanomaterials but Maurer states that manufacturers fail to comply with it at the moment. Maurer says: “This is because the REACH legislation was adopted in 2005, a time when nanomaterials only started to become available. Therefore REACH did not contain a dedicated definition for nano. So far, the Commission has failed to amend technical annexes of REACH which would clarify the obligations.”

She adds: “It is regrettable the Commission discarded a mandatory register because it could help close this gap. Indeed, manufacturers would be obliged to provide and generate nano-specific information before marketing. The register would also indicate the size range, quantities and ensure traceability of nanos along the supply chain, including the use in consumer products. The nano observatory can never provide such information along the supply chain.”

However, Fedrigo-Fazio explains that the decision to create an observatory will have little impact of the food and beverage industry: “The food and beverage industry is much less affected by the nano observatory because of the existing regulations that address any food potentially containing any nanomaterials. The nano observatory won’t create any additional requirements or issues for the industry. ECHA will not be going to the food and drink industry to say ‘you must provide us with information’, what they will say probably ‘if you’ve got anything interesting that you think is of relevance to the nano observatory, then please feel free,’ as they would to any other type of industry sector.”

According the BEUC, this is not a point in the observatory’s favor. Maurer adds: "It is high time the Commission takes strong measures to ensure the information gap is filled. Given how uncertain we are of nanomaterials impact on human health, consumers have the right to know whether the products they buy and use contain such materials."

In an interview with The World of Food Ingredients, Chen agrees that the potential impact of nanotechnology on society and consumers is considerable. “Nanotechnology will provide a useful solution to address broader societal challenges, such as food security, sustainability, food quality and safety, health and nutrition. It is also useful for wider spectrum issues, which may include climate change and the impact of future water supplies,” Chen says. “Nanoscale science and engineering will become a part of the consideration for future solutions.”

Particularly in the field of food safety, nanotechnology can provide options in the area of detection. Chen states that nanoscale sensors offer numerous advantages with heightened sensitivity, high specificity, low cost and rapid, accurate observation. With this level of performance, it can be determined what kind of pathogens are actually present in food and what their state is, for example, if they are viable or already inactive.

For food safety intervention and control strategies, NIFA has supported numerous research projects in the past. Examples include the development of nanotechnology to combat cross-contamination through food contact surface, and a NIFA-funded project at Cornell University, in cooperation with the Rensselaer Polytechnic Institute, which studied nanoscale pores on metal surfaces. This research showed that changes in the electrical charge and surface energy resulted in a repulsion of pathogen cells. Chen explains: “So small pore-size, 15 nanometer in diameter, has the strongest repulsive force and this can effectively prevent attachment of pathogens like E.coli, Listeria and Salmonella.” For reference, a sheet of paper is reportedly approximately 100,000 nanometers thick.

However, Chen agrees that information provision and public engagement are essential to nanotechnology’s future use in food and beverages. “Public engagement is a very important part of nanotechnology. We need to enhance public understanding of nanotechnology. Fundamentally, the magnitude of the scale is not a very easily understood concept: what does a nanoparticle physically look like? You can’t see it with your naked eye, so most people have very little sense of the scale,” Chen explains. “By really seeking public guidance to address more critical concerns, I think you will have better public acceptance.”

With the EU’s decision to create a nanomaterial observatory, the food and beverage industry will not have to mandatorily register the nanomaterials used in their products. However, the BEUC and ECOS suggest this decision will hamper the creation and availability of new information in this area, a move which may ultimately influence consumer attitudes towards the use of nanotechnology in society.

The next Dietary Guidelines for Americans for 2025-2030 are underway with a new emphasis on ultra-processed foods and food-based strategies to help prevent or manage... Read More