You are in : All News > EU Taskforce Riles Retailers with Unfair Trading Practice Recommendations 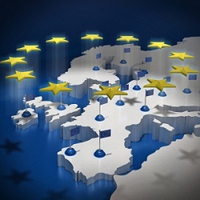 18 Nov 2016 --- The European Union agri-markets taskforce has come in for heavy criticism from retailers after recommendations to enforce new regulations to better protect farmers and producers from unfair trading practices.

The taskforce - which was put together in January 2016 to examine the position of farmers in the supply chains and consists of 12 independent experts from across the food chain - has published its conclusions and recommendations much to the dismay of some in the retail industry.

It was asked to specifically examine farmers and producers because they are the ones facing prolonged periods of low prices in certain sectors as well as general price volatility.

One of its recommendations is to enforce new EU level regulations to protect farmers and producers across Europe, a move which has not gone down too well with some sections of the retail industry. The taskforce believes that with regards to unfair trading practices, voluntary initiatives have been helpful to a certain degree but have not “fully addressed the fear factor which often arises when an operator considers making a complaint and they have “fallen short of introducing effective and independent enforcement.”

The report recommends that framework legislation be introduced at EU level - to cover certain baseline unfair trading practices (for instance maximum payment periods) as well as to mandate effective enforcement regimes in member states, such as an adjudicator. Such enforcement regimes should include the power to conduct its own initiative investigations, as well as the possibility for victims of unfair trading practices to lodge anonymous complaints.

Legislation would reduce the risk of unfair trading practices like the sudden cancellation of contracts and delays in payments to producers and farmers. The taskforce also calls for greater transparency which would significantly help farmers as the current situation is unfairly weighted towards the retailer.

“The Commission should take further steps to increase market transparency so as to foster effective conditions of competition along the supply chain. Bigger and better-equipped up- and downstream operators usually have a clear view of the market while farmers, often fragmented and small, frequently do not. This information asymmetry creates mistrust, in particular in relation to price transmission and the distribution of value added along the chain. Among other things, this report recommends mandatory price reporting to cover existing information gaps in the chain - and dissemination of the collected data in duly aggregated form to increase transparency.”

But EuroCommerce, the voice for six million retail, wholesale and other trading companies, does not agree and is “dismayed” with some of the agri-markets taskforce recommendations. Although it says that retailers understand the difficulties faced by farmers in today’s climate, Europe’s agricultural sectors needs to respond to changing consumer demands.

“Europe needs an agricultural sector firmly rooted in an open market economy, able to be more responsive to market signals and ever-changing consumer demand. We can therefore support many of the recommendations from the task force aimed at, for instance greater encouragement of producer organization, use of risk management tools and contractualization.”

“This is an important report dealing with important issues. It is therefore regrettable that where dealing with trading practices, the Task Force has succumbed to political pressure and included demands for EU legislative action on practices which have not been identified as problematic in Commission reports on the food supply chain over the past eight years. These recommendations unfortunately reflect poor understand of how the supply chain and normal commercial practices work,” it adds.

EuroCommerce director general, Christian Verschueren also commented: “EU-level legislation will not provide a practicable solution to the problems facing farmers and other parts of the supply chain. Today, agriculture needs to be better organized and be more responsive to market signals and consumer demand. Regulating trading practices at EU level is mere gesture politics and will do nothing to help farmers’ income. We ask the Commission to help create a new, constructive dialogue with farmers to address these issues.”

15 Jan 2021 --- UK Environment Secretary George Eustice has praised the efforts of everyone working in the country’s food and drink supply chains. Describing them as the... Read More

18 Aug 2020 --- The Consumer Goods Forum (CGF) has launched a CEO-led Coalition of Action on Food Waste, which sees 14 of the world’s largest retailers and manufacturers join... Read More

16 Mar 2020 --- UK food retailers have written a joint letter to shoppers in the wake of coronavirus (COVID-19) to reassure them about the extra steps being taken and calls on them... Read More