You are in : All News > EU Project Promotes Cultivation of Pulses in Europe 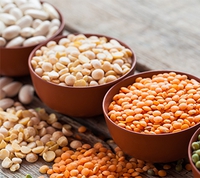 21 Jun 2017 --- Fewer imports, less fertilizer, more sustainability - there are good reasons for expanding the cultivation of pulses in Europe. Up to the present, the valuable protein-rich plants are cultivated in very few areas. The EU project TRUE with partners from 10 countries wants to change that.

Researchers from the University of Hohenheim are part of the project. They are examining case studies, finding the economic effects, and ensuring an exchange of knowledge among the project partners. For this work, they are receiving over € 540,000 ($601,092) from the € 5 million ($5,566,317) project - one of the major research projects at the University of Hohenheim.

Last month, FoodIngredientsFirst ran a Special Report on pulses and nutritional goodness. The health credentials of pulses is driving their use in new product developments around the world. Although consumption differs from country to country, the benefits of pulses - which includes contributing to the prevention of obesity, diabetes, heart disease and to help lower cholesterol and control weight - are universally pushing pulses’ demand.

Off the back of 2016 being the official “Year of Pulses”, 2017 sees a continuing trend to position pulses as a primary source of protein and other essential nutrients. Alternative protein trend alongside clean eating is inspiring plant-based foods with inherent health potential. Pulses are benefiting from all these trends and from being in the global spotlight last year.

Pulses can be incorporated into so many different food products - and the snack industry is seeing a huge boom in their use. Lentils, chickpeas, beans and other dried legumes are much more widespread in the shopping aisles and as a food ingredient in NPDs as more and more food innovators and big name brands get into the space.

Dr Pietro P.M. Iannetta, (TRUE Coordinator) Agroecology Sub-Groub of Ecological Sciences at The James Hutton Institute told FoodIngredientsFirst: “This project is about the use of all legumes in the production system. For example, grasslands which include forage legumes – e.g. for beef production.”

“Also, forage legumes to drive cereal production,” he explains. “As with all legumes, whether grain or forage legumes and regardless of how environmentally sustainable they can be is the necessity that legume supported cropped systems and the upstream food and feed chains must be competitive commercially. This project aims to identify the evidence base for uptake of more sustainable legume supported food and feed chains. And when we say sustainable, we mean for a more healthy balance of economic, environmental and societal challenges.” 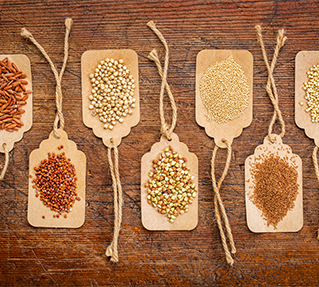 Click to EnlargeIannetta says that: “We can learn from other countries who have developed legume supported cropping systems and connect human health and nutrition specialists.”

TRUE has an Intercontinental Scientific  Advisory Board to advise on this, including experts from Africa, India, Canada and the USA.

“It seems the well-being of our cropping systems is inextricably linked to our own health and well-being. Producing the most healthy commodities with reduced dependency on man-made chemicals appears as a sensible option. Such options need encouraged to ensure their profitability for producers, as well as maintaining access and affordability for all of society. As such, TRUE will also impact on urban food-policies and -sovereignty issues.”

Henrik Maaß, project manager at the Research Center “Global Food Security and Ecosystems” (GFE) at University of Hohenheim also said: “On a global level Europe is far beyond other regions in terms of the share of pulses on their fields. Never the less it is a benefit for all farming systems to include pulses in a clever way.”

“There are already stories of success all around Europe, so with our 24 case studies we share best practices to be implemented in other regions.”

“If the demand for locally grown pulses in food and feed chains will raise significantly, also the economic perspective for farmers growing pulses will be better,” notes Maaß.

Legumes are a very special type of crop, they are characterized as a sustainable source of highly nutritious food and feed. ‘Sustainable’, since legumes require no inorganic nitrogen fertilizer, and this efficiency saving is added to by improvements to soil qualities and total productivity when deployed in a modern crop rotation. The nitrogen demand of legumes is met naturally via a symbiosis with soil bacteria that is contained in legume root nodules.

Despite their benefits, legume based systems have not been adopted in common farming practice, due largely to the fact that their potential profitability is questioned. Pulses only grow on 2-3 per cent of the arable land in the EU. That makes the EU highly dependent on imports of feed-legumes and fossil energy, which is required for the production of inorganic nitrogen fertilizers.

A new, European-wide research project intends to change this. Plant cultivation experts, agricultural economists, and the Hohenheim Research Center for Global Food Security and Ecosystems (GFE) from the University of Hohenheim are participating. In the project TRUE (TRansition paths to sUstainable legume-based systems in Europe), 24 project partners from 10 European countries and Kenya have gotten together to explore and develop sustainable legume-based farming systems and agri-feed and food chains in the EU. The group includes not only researchers from different backgrounds, but also businesses operating in legume commodity production and processing and other actors from the practice.

Legumes Reduce Need for Mineral Fertilizers
At the University of Hohenheim, plant cultivation expert apl. Prof. Dr. Sabine Gruber is carrying out two of the 24 total case studies in the project together with Dr. Sabine Zikeli, Coordinator for Ecological Agricultural and Consumer Protection. The researchers are focusing on the successful history of lentils and soy. Their data is to help better understand why these two types of legumes are so successful.

Project TRUE Aims to Unite Economy and Ecology
At the University of Hohenheim, the agricultural economists under the leadership of Prof. Dr. Enno Bahrs and Prof. Dr. Christian Lippert are looking at the economic side of legume cultivation. The lack of yield security and economic efficiency are considered the largest obstacles currently. The researchers are examining what economic effects would arise from expanding cultivation and whether production would be competitive.

The work at the University of Hohenheim is being coordinated by the Hohenheim Research Center for Global Food Security and Ecosystems (GFE). 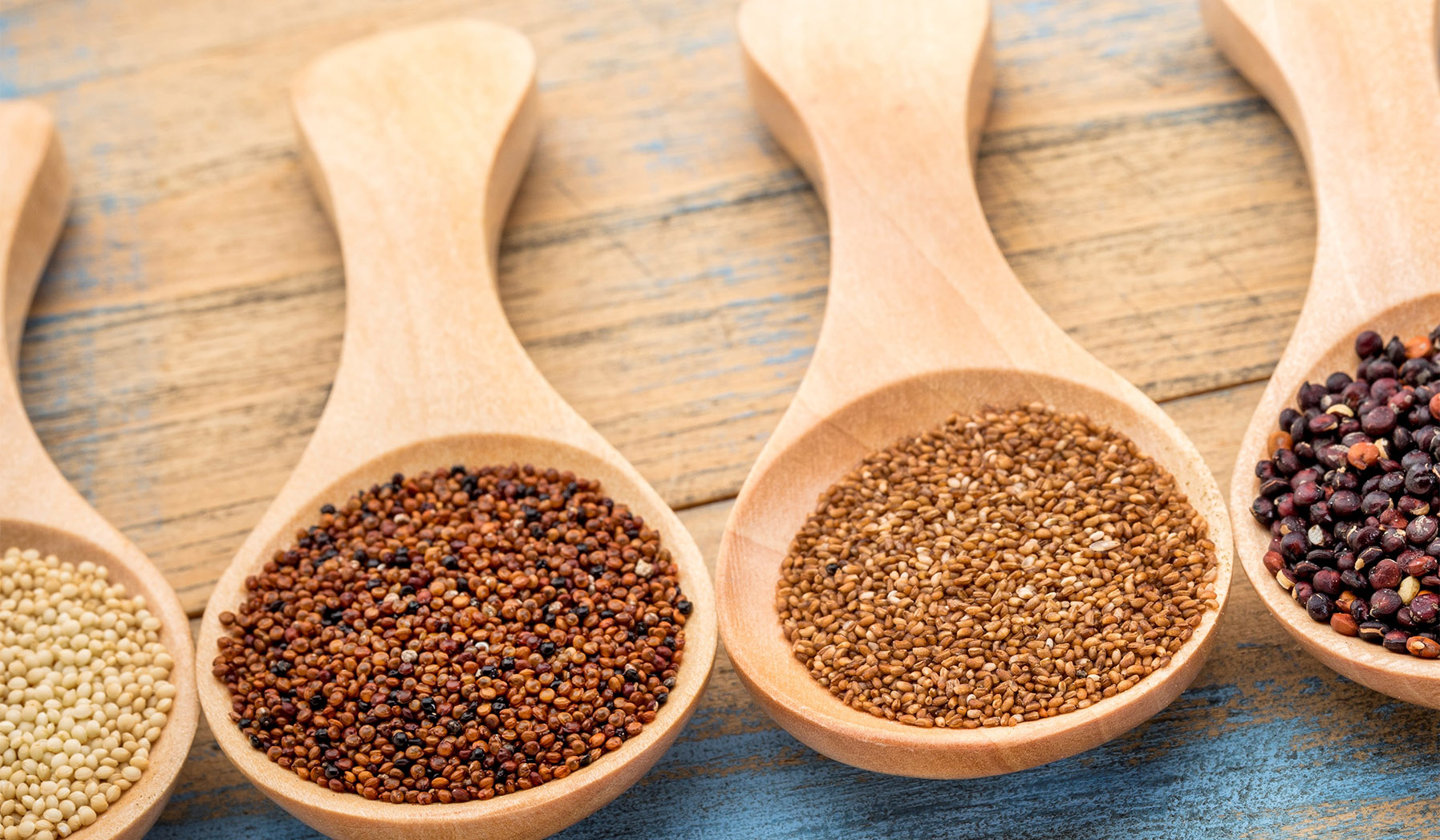 Click to Enlarge
The whole diversity of available legume species and pedo-climatic conditions across Europe is covered by TRUE, looking at 24 case studies from the production and use of crops such as beans or chickpeas for healthy dishes in Portugal, to the processing of peas into beverages in the UK to the marketing of organic traditional lentils in Germany.

TRUE innovates across the supply chain – from the development of novel farming practices such as the use of pulses as “vegetable fertilizers” or “living manures”, to the testing of new food technologies for improved feed and food formulation. Feed innovations include use of lupins and faba beans for novel aquaculture feeds. Additionally, there will be sustainability assessments of various legume-based systems.

TRUE wants to harness the environmental and social benefits and potentials of legumes, e.g. reducing environmentally damaging greenhouse gas emissions and water pollution as well as for a healthier nutrition with high value proteins while at the same time increasing the commercial competitiveness of EU grown legume crops. Specific recommendations will be proposed to influence relevant policies, such as the EU’s Common Agricultural Policy.

TRUE invites legume stakeholders to connect with the project to build a European network for the promotion of these crops.

26 Feb 2021 --- Flour-milling and ingredient company Ardent Mills is scheduled to acquire all of the business operations of Hinrichs Trading Company, a North American specialist in... Read More

13 Nov 2020 --- Canada is positioning itself as a global player in high-quality plant ingredients, following an investment of CA$25.7 million (US$19.6 million) to increase the... Read More

10 Nov 2020 --- Global tomato and citrus powders manufacturer Cham Foods is launching a line of dry, ready-to-eat (RTE) pulses and grains for instant meals and soups to fill the... Read More