You are in : All News > EU aid for milk producers after Russian import ban lacked targeted approach, flags audit

25 Jun 2021 --- A new audit from the European Court of Auditors (ECA) is flagging the shortcomings of the EU’s broad measures to support farmers during the 2014 to 2016 milk market disturbances. While its reaction to Russia’s ban on dairy products was swift, the report maintains that granted aid was not targeted enough.

Overall, the analysis details that actual producers’ needs were “not sufficiently assessed.”

Speaking to FoodIngredientsFirst, representatives from leading EU dairy trade and production associations, Eucolait and Euromilk, break down the specifics of a crisis that may serve as a lesson for mitigating potential milk market disturbances in the future. 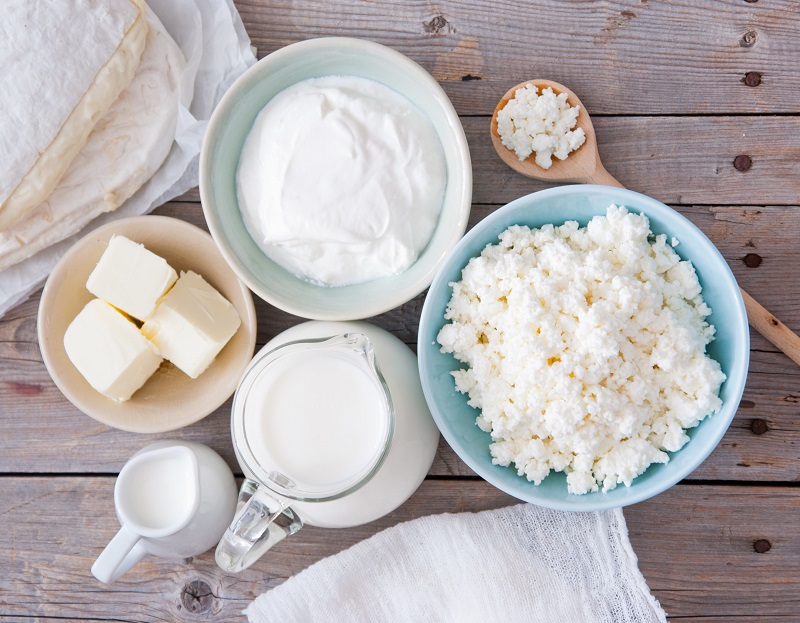 The countries geographically closest to Russia were most impacted – Finland and Baltic states.

The countries geographically closest to Russia were most impacted – Finland and Baltic states, highlights Alice O’Donovan, legal and policy advisor at Eucolait. “Trade diversification was the main long-term strategy to boost impacted exporters and this strategy has succeeded.”

“The Commission was quick to introduce private storage for butter, skimmed milk powder [SMP] and cheese. Unfortunately, the private storage for cheese was not targeted enough toward the member states most affected by the ban and was repealed less than three weeks after it was implemented.”

Alexander Anton, Euromilk secretary-general, comments: “The magnitude of the Russian import ban of Aug 6, 2014, was felt all over the EU and global markets. It led to heavy turbulence on all market segments and an overall milk market depression, even if only cheese and butter were the most concerned.”

“We have learned our lessons rather quickly: by diversifying our export markets. Todays’ map of EU milk exports looks much more diversified and global than it did back in 2014.”

Delayed response to supply and demand imbalances
Farmers in some EU member states had begun to significantly increase their milk production, taking advantage of higher prices which peaked at the beginning of 2014.

But in August 2014, the Russian Federation banned dairy products from member states in response to EU sanctions over Ukraine, at a time when EU exports to China were slowing down.

After the Commission had estimated the volume of lost exports of butter, cheese and other dairy products, it issued – already by the end of 2014 – a first package of financial support for farmers in the highly impacted Baltic countries and Finland. 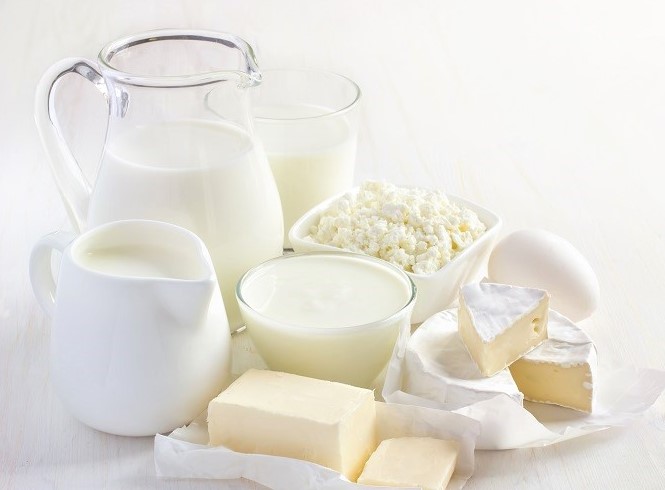 Cows’ milk is the second EU’s agricultural sector by value (€59.3 billion in 2019), accounting for around 14 percent of agricultural output.The Commission provided some €390 million (US$465.7 million) EU funds for voluntary production reduction, available throughout the EU. However, as a reaction to historically low prices, many farmers had already cut their milk production before these aid measures were implemented.

All these factors led to underlying imbalances between supply and demand across the whole sector until mid-2016, which the Commission took longer to address.

The lack of targeted aid
Despite the income stabilization effect of direct payments – whose share in dairy-farm income reached around 35 percent in 2015 and 2016 – milk producers can face cash-flow issues following a sudden price fall.

The Commission sought to address this issue, but it did not assess the scale of dairy farms’ cash-flow difficulties, notes the ECA report.

The auditors found that the amount of available resources – instead of actual needs – played a major role in the budget allocation. Member states favored exceptional measures that were simple to deliver and opted for a wide distribution of funds, without much targeting of the aid.

“This was mainly in order to compensate farmers quickly. Indeed, there is a trade-off: more targeted and elaborated schemes generally take more time to be designed, which may delay the support received by milk producers,” Nikolaos Milionis, the ECA member responsible for the report, tells FoodIngredientsFirst.

Calling upon reserves
To fund its exceptional measures for 2014 to 2016, the Commission considered calling on its “reserve for crises in the agricultural sector.”

Ultimately, though, it did not do so. In order to be prepared for future crises, such as those which might be caused by a pandemic, the Commission tried to build on lessons learned. In particular, for the 2021 to 2027 Common Agricultural Policy (CAP), the Commission has proposed to strengthen the role and potential impact of the reserve for crises by making its use “more flexible.” 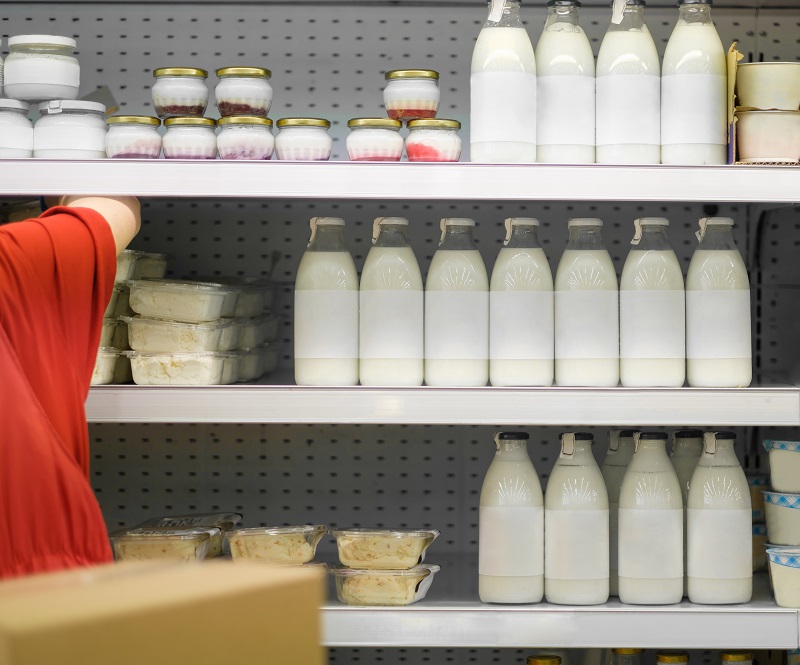 To fund its exceptional measures for 2014 to 2016, the Commission considered calling on its “reserve for crises in the agricultural sector.”

To fund its exceptional measures for 2014 to 2016, the Commission considered calling on its “reserve for crises in the agricultural sector.”

However, it has not adequately assessed the effects of the arrangements made by member states – although this could help greatly to increase preparedness for any future market disturbances, say the auditors.

“The market management tools of the CAP proved instrumental for supporting the EU markets in this time of market stress,” notes Anton at Euromilk. “Enlarged SMP and butter intervention, private storage aid and the re-focussing of the promotion policy were the tools that really helped in the time of the crisis peak.”

“But, there is no free lunch. In the end, the Commission had more than 400,000 metric tons of SMP in the public intervention schemes, but the Commission managed very well to replace the stocks on the market without huge impact.”

Looking ahead
The EU has aimed to apply this experience to improve its management of potential future crises in the milk sector, notes the ECA.

“In comparison with 2014, there has been an increased focus at European Commission level on market monitoring – i.e., the increased importance of the Milk Market Observatory as a forum,” notes O’Donovan at Eucolait.

“More specific targeting of measures to those genuinely affected by market disturbances will be possible in the future.” 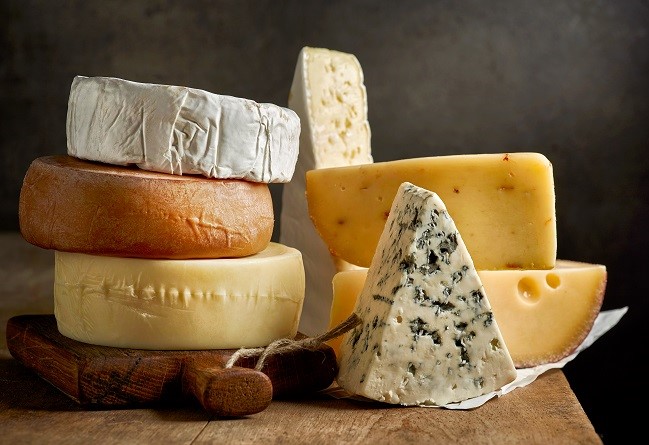 The EU has aimed to apply this experience to improve its management of potential future crises in the milk sector, notes the ECA.The EU CAP provides mechanisms that mitigate such situations, including direct payments to stabilize farmers’ income, market intervention measures known as the “safety net” to support prices by temporarily removing surpluses, and exceptional measures to counter market disturbances.

“The new European CAP is today in the final negotiation phase and the Single Market organization [CMO] part, where the market management measures find their legal basis, will stay very much unchanged – for good, for very good reasons,” adds Anton.

“Also, market transparency has increased over the past years – milk market observation by the Commission, but also by private entities like the European Energy Exchange – which helps all involved to better understand market trends and to adapt accordingly.”

EU dairy market background
Cows’ milk is the second EU’s agricultural sector by value (€59.3 billion/US$70.8 billion in 2019), accounting for around 14 percent of agricultural output. Germany, France, the Netherlands, Poland, Italy and Ireland are among the EU’s main milk-producing countries.

From 1984 to 2015, the EU operated a system of milk quotas, with which it sought to cap total EU milk production.

Since 2009, member states’ overall quotas gradually increased until the system was abolished in 2015.

“Milk production makes up a significant part of the EU’s agricultural sector, and the European Commission, together with member states, did take certain action to support farmers’ income during the 2014-2016 market disturbances,” comments Milionis.

“But it must be better prepared in the future to respond more efficiently to potential crises in the sector.”

A new study by Cornell University, US, has found that consumers are willing to support QR codes to better understand how long milk is safe to consume. The researchers... Read More