You are in : All News > DSM and Evonik’s Alternative Source for Omega 3 Fatty Acids From Natural Algae 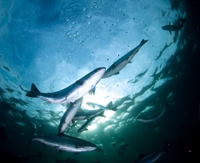 13 Mar 2017 --- Just like humans, animals also need their daily intake of essential, long-chain polyunsaturated fatty acids in their diet to ensure healthy growth. Until now, these fatty acids have been added to aquaculture feed and pet food almost exclusively from marine sources such as fish oil and fishmeal. DSM and Evonik now provide an alternative omega 3 source that is the first to offer both EPA and DHA and will be aimed at initial applications in salmon aquaculture and pet food.

Last week we reported that the joint venture between DSM and Evonik plans to invest around US$ 200 million in the facility (US$100 million by each party over circa 2 years). The initial annual production capacity will meet roughly 15% of the total current annual demand for EPA and DHA by the salmon aquaculture industry. The set-up of the joint venture, to be named Veramaris and headquartered in The Netherlands, will be finalized subject to regulatory approvals and other customary closing conditions.

Omega 3 fatty acids are a family of polyunsaturated fats, including eicosapentaenoic acid (EPA) and docosahexaenoic acid (DHA). A large and growing body of evidence shows that sufficient levels of omega 3 EPA and DHA support brain, eye and heart health in multiple species, including humans. “Omega 3s are important at all stages of life,” says Chris Goppelsroeder, President & CEO DSM Nutritional Products. Omega 3s are not produced naturally by the body, and must be obtained from the diet or through supplementation. “However, the world is in a bad state and there is a worldwide EPA and DHA deficiency,” says Goppelsroeder.

The healthy benefits of fish will continue to drive the growth of the fish industry. “Fish protein is already the biggest source of protein, and will continue to grow,” says Goppelsroeder. Wild caught fish is a finite resource. Reinert Beste, Chairman of Management Board Evonik Nutrition & Care adds: ““The growing demand of fish increased from 20 million tons of fish production in 1950 to over 150 million tons of fish production. The majority of fish was taken from the ocean, but that has stagnated since the 1990’s. To satisfy the growing need, the aquaculture kicked in. In 2030, 75% of the global fish will come from aquaculture.”

Innovation breakthrough for aquaculture, pet food and beyond
With this growing demand of fish, some challenges will have to be overcome. For a salmon to grow well and be a healthy food source for human consumption, it needs omega 3s. “The current practice is to take the fish out of the ocean and process it to fish oil and fish meal in order to give the salmon a source of protein and fat,” says Beste. “Approximately 70% of the wild caught fish is used for this purpose. We feed more fish ingredients to the fish than we grow fish, there is a negative fish output. And this already does not sound sustainable.” 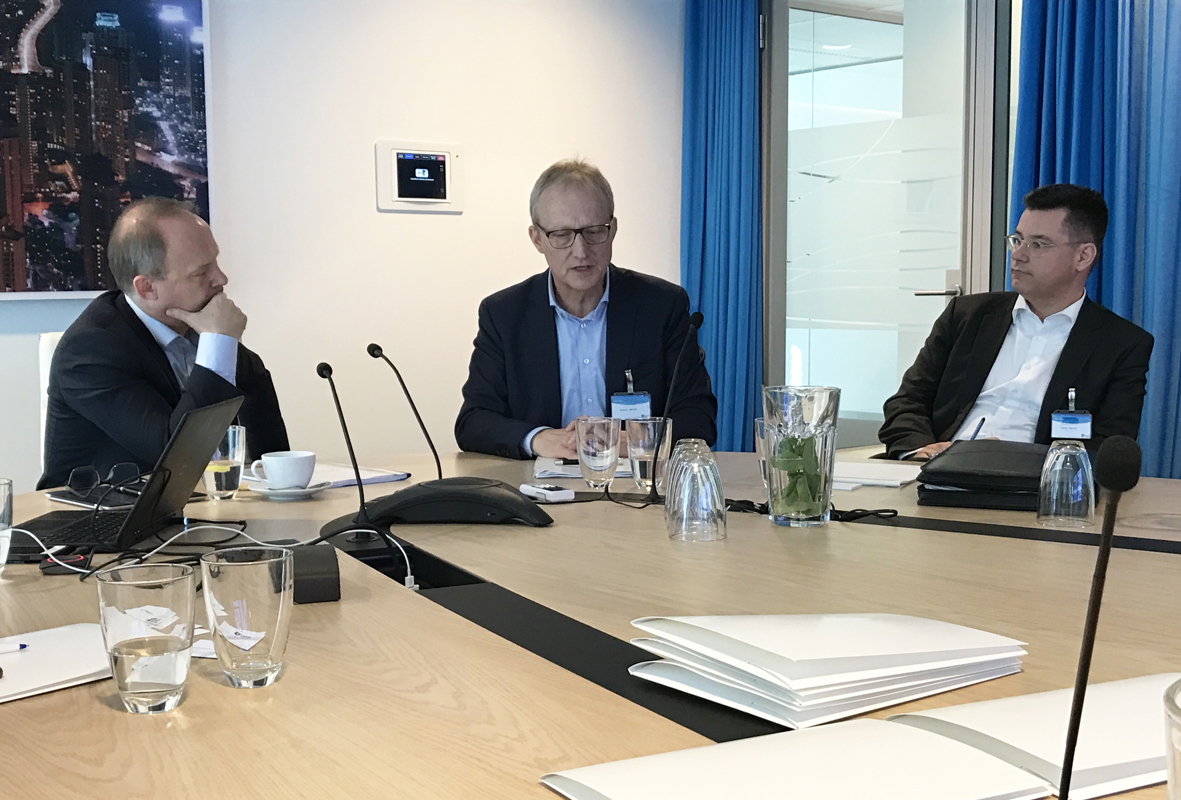 Click to Enlarge“Here is the dilemma,” Beste continues. “We are running out of this natural fish source. The challenge is to get enough fish oil. With the growing demand, it is not sustainable to take out fish out of the ocean to feed the fish in aquaculture. It takes 2.6kg of wild caught fish to produce 1kg of farmed fish.”

“This is where our innovation comes into play,” says Beste. “By taking the natural marine algae, the natural source of salmon feed, and multiplying it in fermentation plants, we can then produce the algae oil. This oil means that the vision of salmon farming without using fish-based resources is – for the first time – becoming realistic,” says Beste. By replacing fish oil in salmon feed with this EPA and DHA rich alternative, the fish-in-fish-out ratio could be turned around to a positive output. “1kg of algal EPA and DHA can replace 60kg of wild caught fish,” says Beste. “This will contribute to the ecological balance and biodiversity of oceans and make fish farms grow more sustainably.”

Manufacturing
“Instead of out-fishing the ocean, we are helping to restore the biodiversity and balance of  the ocean,” says Goppelsroeder. “Basically, what we are doing, is that we found a microorganism in the marine algae that allows us to ferment the algae and produce a highly concentrated and pure alternative to fish-based omega 3, free from genetic modification. ” Beste adds: “In our R&D we have selected and optimized this process for fermentation conditions, so that we get a high out-put and growth.” 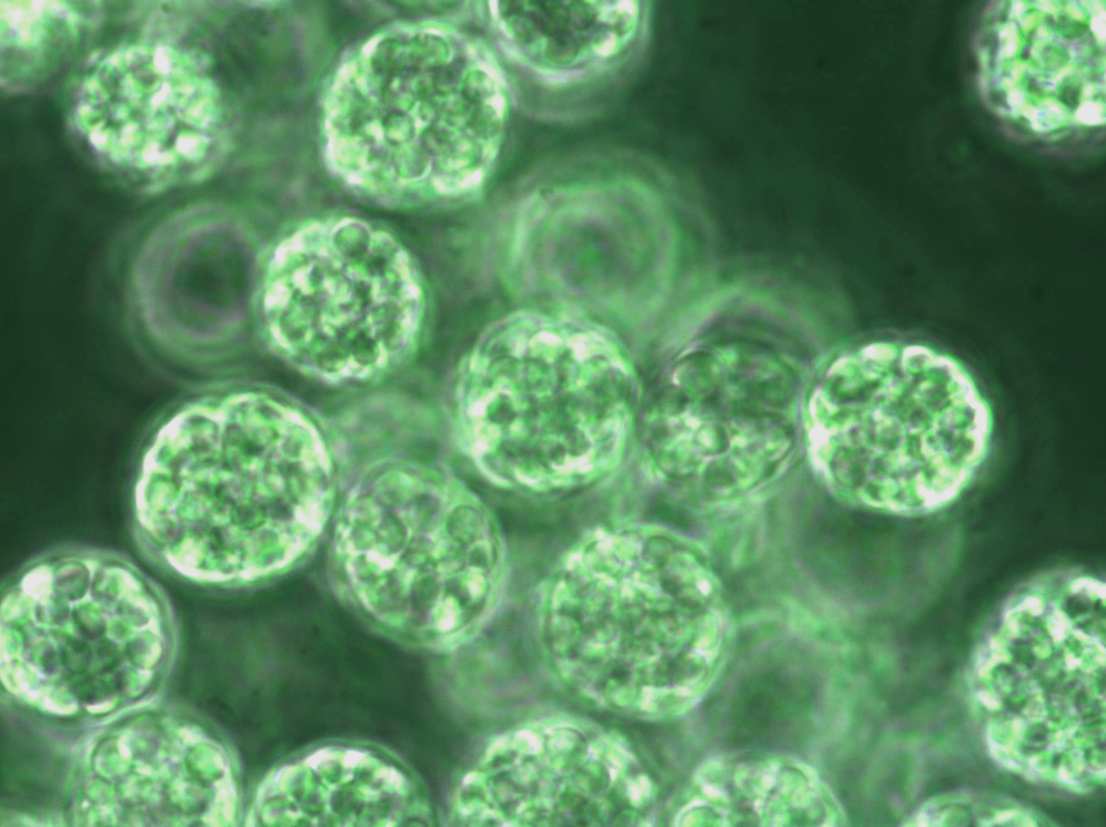 Click to EnlargeThe manufacturing plant will be located in the US. “These micro-organisms, they love dextrose or glucose. In Europe, these compounds are not that widely available. Therefore, we went to the US where we  get the dextrose from corn,” says Goppelsroeder. Beste adds: “It is logical within the fermentation industry to have production facilities and raw material supply closely together. l.”

“In order to make it significant for the industry, the capacity that we are going to build in our joint venture will cover about 15% of the EPA and DHA demand of the global salmon industry,” says Beste. “So this is not a small step, one of the key reasons is that we want to set a new standard in feeding and sustainability in the aquaculture, we need to supply significant quantities,” Goppelsroeder adds: “Typical fish oil has on omega 3 content of about 20-25%, so if you produce it the way we do, one can increase the content, which makes a huge difference. If you increase the fat content, you leave room in the fish feed for other healthy components.”

Beste concludes: “We worked on this strain for a long time, also on the downstream process. We think that this is hugely beneficial to the world, and both companies think that sustainability is a key topic for them as a corporation. Both DSM and Evonik have a strong commitment to make the world a more sustainable place.”

09 Apr 2021 --- Symrise is harnessing AI to discover novel flavor modulating ingredients in a plethora of plant varieties. With this technology, the German supplier has looked into... Read More