You are in : All News > Delving into the Ark of Taste: Rescuing the world’s rarest foods and calling forward biodiversity

Delving into the Ark of Taste: Rescuing the world’s rarest foods and calling forward biodiversity 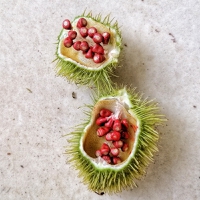 08 Jul 2022 --- The strain that monoculture places on the global food system has a far-reaching, multifarious effect – not only bringing destruction to vast ecosystems, but also eating away at livelihoods, human health and cultural roots.

FoodIngredientsFirst was in attendance at the Sustainable Foods Summit, held in Amsterdam, the Netherlands. At the event, Dan Saladino, author of “Eating to Extinction: The World’s Rarest Foods and Why We Need to Save Them”, spoke extensively about the detriment of monoculture and shared evidence of its impact gathered from his global travels.

“The things I want to try and teach you about are often missing from conversations, and thought processes around sustainability and food production – and that is biodiversity.” 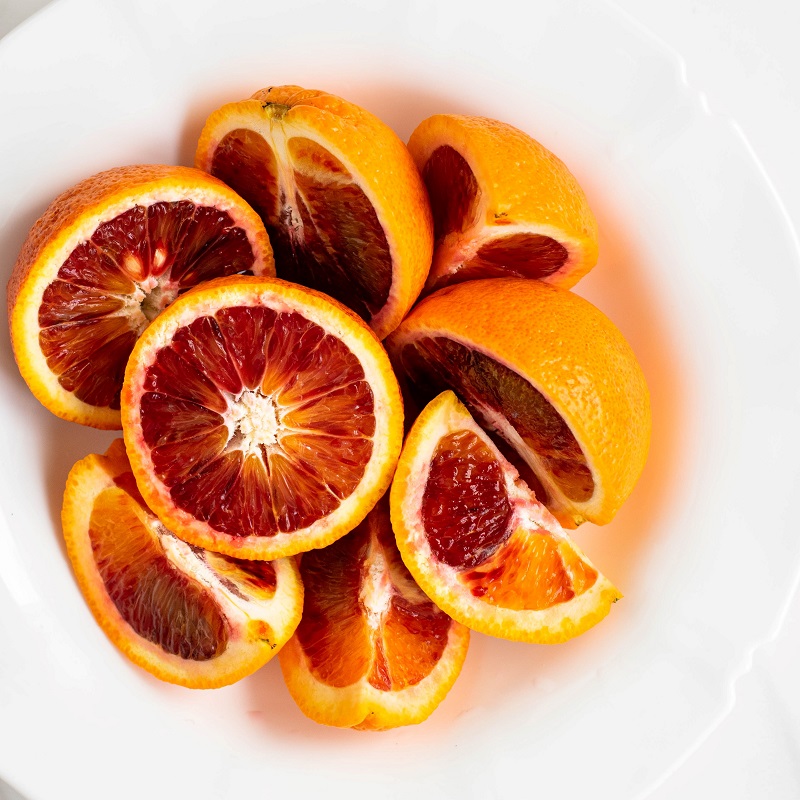 On a 2007 trip to Italy, Saladino discovered that the time-honored blood orange crop was no longer considered financially viable for some farms.A historical crop loses its hold
In 2007, Saladino’s research took him to Sicily, a region of citrus farms that have been on the island for over 1,000 years, offering a source of income and roots of culture and identity for generations of people.

“But I arrived and there were farmers telling me it was their last harvest, they were leaving the fruit on the trees the following year, because it’s no longer financially viable,” concedes Saladino. “This was because of the economics changing as so much commodity food was moving around the world, they were being priced out.”

“Somebody during that visit told me that these fruits – blood oranges being grown there at Mount Etna – we’re going to place on the so-called ‘Ark of Taste’ – a way of cataloging what is being lost around the world in terms of the diversity of genetic resources.”

“The Ark of Taste is a record of plant varieties, animal breeds, food-making processes and techniques. Today, there are more than 5,000 products on the marketplace for more than 30 countries.”

Hacking away at the roots of monoculture
There’s a greater concentration of power consolidation in the food industry today, which drives up monoculture, Saladino stresses.

“The foundations of the food system itself is mostly in the control of four corporations that came to dominance after the Second World War and the green revolution, because they were the chemical companies providing the inputs for the new generation of crops,” he highlights.

“Think about some of the techniques and processes that most consumers are unaware of – for instance, on the outskirts of Copenhagen near the airport is a laboratory in which more than half the world’s cheeses are provided with soft cultures and enzymes.”

“Meanwhile, in the livestock sector, there are three main poultry genetic lines owned by two corporations that provide most of the world with its chicken. And, as well as there have been many different breeds of pig – there is now one global pig that dominates intensive production.” 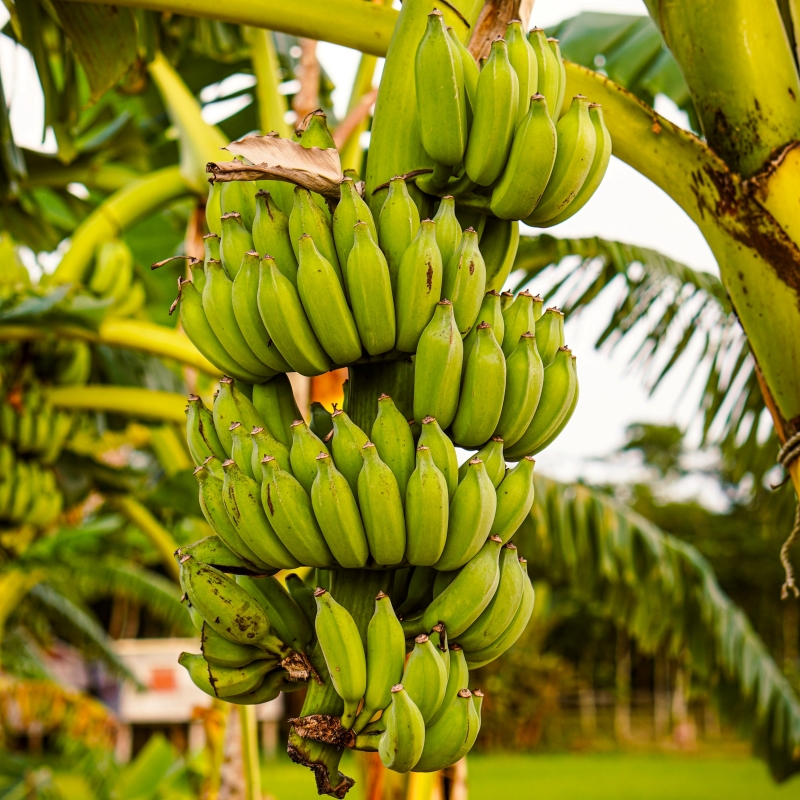 Harvests of the monocrop Cavendish banana species are currently under attack by a far-reaching black fungus disease.In the case of the banana, the popular grocery staple has 1,500 different types of banana, while one is globally traded and sold among the cheapest fruits in the supermarket – the Cavendish.

“As with its predecessor of a globally traded banana, the Big Mike, the Cavendish is now under attack from a fungal disease. And because it’s cloned, propagated and grown in vast monocultures – this fungal disease infects the soil, making it impossible for farmers to carry on producing the Cavendish.”

“So we have for decades been able to produce this cheap fruit. Now nature is catching up and overwhelming the mono-cultural production of this politically important fruit. Think about all those bananas that aren’t being cultivated and the diversity that we never get to see or taste.”

“There are people who are trying to save banana crops. They are going back into the wild. They are looking for the traits – the genetic properties – that have been lost in this monocultural crop and are bringing it back in. So in other words, they’re trying to reverse the process of this uniformity in the homogenization because of the risk of disease overwhelming the crop.”

Lessons from a mucus-producing maize
Saladino references the Mixe, an indigenous people of Mexico inhabiting the eastern highlands of the state of Oaxaca.

“They [The Mixe] live high up in a quite mountainous place where it’s hard to farm soil. Here it is very difficult to grow maize, but somehow, for centuries, they’ve still been managing to grow a unique type of maize.”

When botanists first arrived in the village, they encountered the strange looking maize plant described as 16 feet tall, with aerial roots sticking out from the stem, dripping mucus.

“In the 70’s, they had no idea what was going on in this plant, why it was there, or how these indigenous people were managing to grow maize in the absence of fertilizer. It turns out that three years ago – when we had the technology to understand the properties of this plant – we discovered that the mucus is full of millions of different types of bacteria,” explains Saladino.

“The plant is feeding the bacteria sugars. In return, the bacteria and the microbes are fixing nitrogen in the air and feeding the plant. This is pretty much unheard of in the cultivation of arable crops. The scientists found this crop when it was on the brink of extinction.” 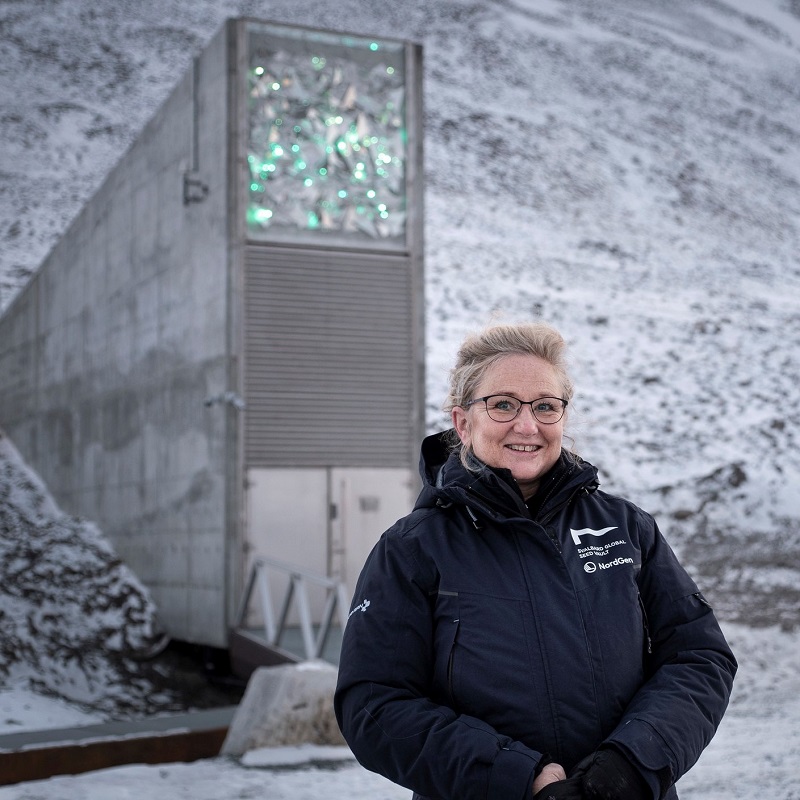 The Svalbard Seed Vault is considered a vital operation that preserves the world’s genomic biodiversity (Credit: NordGen).Banking on the world’s seed diversity
Saladino recalls the memory of the Russian botanist Nikolai Vavilov. “He grew up in the 19th century with a memory, no doubt, of being told about the Irish Potato Famine, in which a million people died – caused by the planting of one type of potato lumber potato in succession in the same soil overwhelmed by fungal disease.”

In the 1920s, Vavilov traveled across five continents collecting hundreds of thousands of seeds to catalog. “Pavlov was convinced the future of humanity depended on preserving seed diversity that even in the 1920s was disappearing,” highlights Saladino.

“And again, there were people who were warning that this was a problem in the 1970s. A botanist called Jack Harlan was saying ‘we risk a catastrophe of human hunger’. If we lose this diversity, we lose resilience, and we lose valuable traits and properties that might be disease resistant, drought resistant, etc.”

“Luckily, because of lobbying, and the response of the Norwegian government, there’s a Seed Vault in the Arctic Circle where huge genetic diversity has been saved,” he notes.

Last February, more than 20,000 new seed samples from ten global genebanks were deposited in Norway’s Svalbard Global Seed Vault – also known as the “Doomsday Vault.” The largest deposit, of 6,336 samples, was made by the International Center for Agricultural Research in the Dry Areas (ICARDA) from its genebank in Morocco, which withdrew seeds in 2015 during the Syrian civil war.

“Human Evolution is packed with evidence of the importance of diversity in diets – such as in the case of bog bodies that were excavated, with digested foods still intact. Archaeologists found many different types of plants were present in those diets,” says Saladino.

“The gut microbiome, as you’ll be familiar with, is an emergent science in which it’s very clear to us now that the greater diversity of foods we eat, the more beneficial that is for the trillions of microbes in our guts, which is more beneficial for our physical and mental health.”

Recently, a Georgetown University study highlighted the importance of the microbiome, finding that a lack of biodiversity in the gut microbiome may be linked to cardiovascular disease and heart failure.