You are in : All News > Cultural insensitivity? Nestlé drops Hindu KitKat range in India 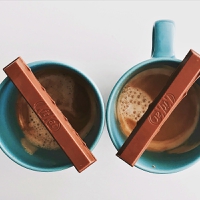 24 Jan 2022 --- Faced with backlash from the Hindu community, Nestlé has discontinued a special edition KitKat range that featured images of sacred Hindu deities on the wrapper.

The range was designed to honor the crafts of the Indian state of Odisha, but it incited some negative sentiments among consumers as they featured images of Hindu deities Lord Jagannath, Balabhadra and Mata Subhadra.

The limited-edition range of the chocolate bar had been introduced within the globally marketed “KitKat travel breaks” range, which sported wrappers printed with photos of artwork by local artists.

“We have nothing to add to the comments made by our colleagues in Nestlé India, where these packs were sold,” a Nestlé spokesperson tells FoodIngredientsFirst.

Nestlé argues it intended to “celebrate the culture of Odisha with designs on packs representing “Pattachitra, which is an art form uniquely identifiable by its vivid imagery.”

The food giant states that the recalls are a “pre-emptive action.”

“We wanted to encourage people to know about the art and its artisans. We do understand the sensitivity of the matter and regret if we have inadvertently hurt people’s sentiments,” the company asserts. 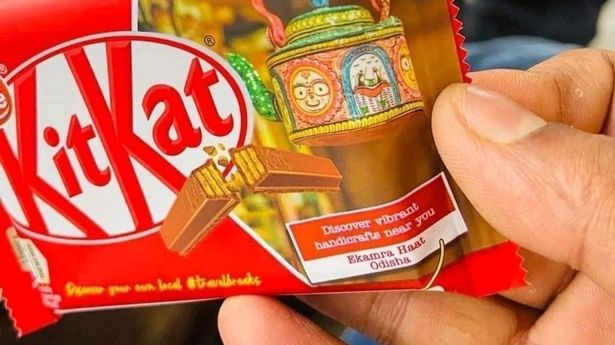 The online community has hit back at the limited edition launch deemed culturally insensitive. (Credit: Twitter user @sanjeebshaw1)Online community hits back
One Twitter user commented on the recent faux-pas: “It is a honor to see our Odisha culture and Lord Jagannath, Balabhadra & Subhadra on #KitKat but please think once, when someone will eat and throw the wrapper into dustbins, drains and gutters – many will walk on it.”

This is not the first time that the KitKat travel range has caused a stir for Nestlé.

Last year, Nestlé released a public apology for packaging that inaccurately depicted Lamjao National Park to be in the state of Meghalaya, instead of Manipur. This artwork also featured a red panda, a species not found in the park.

Even still, negative press has not kept the KitKat brand from branching out of its traditional packaging style and recipe formula. Last summer, Nestlé released its Vegan KitKat in selected markets, including the UK, Poland, Estonia, Latvia and Lithuania.

In further efforts to raise its brand, Nestlé plans to make KitKat fully carbon neutral by 2025 as Nestlé boosts its sustainability efforts. KitKat plans to reduce the emissions generated by sourcing its ingredients, the manufacturing of the product and its distribution by more than 50 percent, as part of the plan.

With a technology that enables endless possibilities “to recreate any non-fibrous food,” US-based Voyage Foods has attracted US$36 million in a Series A... Read More