You are in : All News > “Concerning levels” of arsenic, cadmium and lead discovered in fruit juices, reveals Consumer Reports 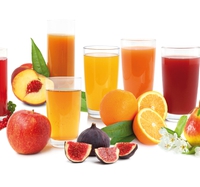 31 Jan 2019 --- Non-profit US organization Consumer Reports (CR) has found “concerning levels” of heavy metals in almost half of the 45 popular fruit juices it tested. In a follow-up to previous tests in 2011, CR looked at four flavors (apple, fruit juice blends, grape and pear) from 24 national, store and private-label brands. Following the tests, CR is calling on the US Food and Drug Administration (FDA) to set “aggressive targets for cadmium, inorganic arsenic, and lead, in all fruit juices.”

CR says that it purchased three samples of each product from retailers across the country but stresses that its findings were a spot check of the market and should not be used to draw definitive conclusions about specific brands.

The tests focused on cadmium, lead, mercury and inorganic arsenic because “they pose some of the greatest risks,” according to CR and prior research suggested they can sometimes be found in certain food and drink products.

Grape juice and juice blends had the highest average heavy metal levels, while juice brands marketed for children did not fare better or worse than other juices. Organic juices did not have lower levels of heavy metals than conventional ones.

CR also asked all of the companies involved in its testing what they are doing to keep heavy metals out of their products. Ten companies representing 13 brands responded, with just two – CVS and Gerber – answering all of the organization’s questions.

Of the companies that responded, most said they did their own testing and adhered to all government regulations. Some also noted that heavy metals can be naturally occurring.

CR also states that it has looked into the potential health risks, based on several factors.

“Firstly, we looked at data showing how much juice children and adults typically consume,” it says. “We then reviewed the medical research to determine at what exposure level each heavy metal could increase the risk of certain cancers, kidney damage, reproductive disorders, behavioral issues and other health problems.”

“Lastly, CR put that information together with our own test results (along with the average body weights for each age group) and calculated how much of the tested juices children and adults would need to drink to face potential health risks. In many of the juices they tested, the levels of the heavy metals combined were more concerning than the level of any one specific heavy metal,” the organization states.

“Each of these metals has shown similar adverse effects on children’s developing brains and nervous systems, and there are potential additive effects,” notes Tunde Akinleye, a chemist in Consumer Reports’ Food Safety division.

The amounts of heavy metals in any one type of food may be low, but because heavy metals are found in other foods and the environment – and because they tend to accumulate in the body – small amounts can add up, notes CR. In fact, in some juices the heavy metal levels left little to no room for exposure from other sources, such as drinking water, food and air, Akinleye says.

CR revealed that in many of the juices it tested, the levels of the heavy metals combined were more concerning than the level of any one specific heavy metal. “Each of these metals has shown similar adverse effects on children’s developing brains and nervous systems, and there are potential additive effects,” says Akinleye.

CR also notes that the FDA has not proposed a cadmium limit for juice. But CR supports a limit of 1 ppb. Just three juices it tested had cadmium levels higher than that amount.

“Our tests show that there’s no reason why the FDA should not set aggressive targets for cadmium, inorganic arsenic and lead, in all fruit juices,” says James Dickerson, Ph.D., CR’s Chief Scientific Officer. “Clearly, many manufacturers are already there.”

“In some cases, drinking just 4 ounces a day – or half a cup – is enough to raise concern,” he adds.

CR, previously known as Consumers Union, maintains that it is an independent organization, whose mission is to work for a fair, just, and safe marketplace for consumers.

In response to CR’s findings, the FDA reportedly told the organization: “We know there is more work to be done to reduce these elements in our food supply and we place a high priority on reducing exposure among infants and children, as the very young are more susceptible to their potential adverse health effects. We welcome the data provided by CR and will review it in its entirety as part of our larger, comprehensive effort to reduce toxic element exposure.”

17 Aug 2020 --- New technology is tackling outbreaks of illness from bagged salads containing a parasite called Cyclospora cayetanensis. The new method has been developed and... Read More

Is there a science to food date labeling? US food waste study probes a possible link

15 May 2020 --- Minimizing food waste is top of mind for many during the COVID-19 pandemic, with consumers concerned about the potential ramifications for food supply chains. To... Read More

Shelf-stable: Expert body highlights the role of additives for food safety amid COVID-19

06 Apr 2020 --- Despite the challenges posed by coronavirus, the International Food Additives Council (IFAC) is highlighting that the safety and quality of the global food supply... Read More

20 Mar 2020 --- This week in industry news, COVID-19 continues to wreak havoc on global businesses and supply chains. The US Food and Drug Administration (FDA) issued a temporary... Read More