You are in : All News > Coca-Cola to discontinue coconut water brand Zico, with Coke Life under review 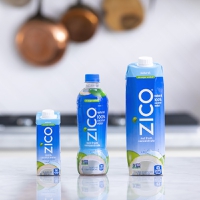 06 Oct 2020 --- Coca-Cola is discontinuing its coconut water brand Zico, seven years after it was acquired. The beverage maker is also reviewing several other drink brands in its portfolio, including Coke Life, as part of this offloading process.

“As part of our portfolio optimization efforts, we can confirm that The Coca-Cola Company plans to phase out the Zico brand in the coming months globally,” a spokesperson of the company tells FoodIngredientsFirst.

“This decision was not made lightly and comes at a time when we are hyper-focused on delivering on our consumers’ wants and needs while driving scaled growth across a total beverage portfolio.”

Coca-Cola acquired the remaining shares of Zico Beverages in 2013, a company in which it bought a majority stake in 2012.

“At this time, we can confirm that Diet Coke Feisty Cherry, Coke Life, Northern Neck Ginger Ale and Delaware Punch are all under review as part of this process,” details the spokesperson.

“We can also confirm we are not discontinuing Hubert’s Lemonade. Instead, we are transitioning the brand to be available exclusively at food service locations,” they add.

“We are excited by the success we’ve seen with Hubert’s in the early phases of this transition and believe it will offer the best growth opportunity for this brand.”

Coca-Cola business highlights
Coca-Cola is undergoing a major restructuring following its steepest decline in quarterly sales in over 25 years, in light of the COVID-19 crisis.

Last August, soft drinks bottler Coca Cola HBC revealed a drop in H1 profits, driven by the COVID-19 pandemic and the closures of restaurants and other hospitality venues. Net profit declined to €124 million (US$146 million) during this period, compared to €195 million (US$230.9 million) a year earlier.

The downsizing of Coca-Cola’s portfolio is dubbed an acceleration of its strategy, which it has been pursuing for the past several years. This focuses on building brands that prioritize scale in an effort to accelerate growth.

Meanwhile, in strategic launches this year, the beverage giant announced plans to launch Topo Chico Hard Seltzer into Latin America in 2021, as the trend for low-alcohol drinks continues to proliferate.

According to a company statement, Coca-Cola is “committed to exploring new products in dynamic beverage categories, including hard seltzer.”

No Ordinary Drinks (NOD), a stevia-infused flavored water company based in Shanghai, China, has raised a supplementary pre-A round at an undisclosed nine-figure... Read More

Flavor and extracts’ specialist Synergy Flavours has expanded and advanced its R&D laboratories at its headquarters in Illinois, US. Several laboratories have... Read More

Beverage alcohol company Constellation Brands has partnered with the Coca-Cola Company in the US to launch the Fresca brand into the beverage alcohol segment. Together... Read More

Research from Kerry has revealed that chocolate is the top festive beverage flavor this winter, with consumers seeking indulgent, dessert-inspired tastes that appeal to... Read More