You are in : All News > Climate change scorches global wheat production amid Ukraine shortfall

13 May 2022 --- Extreme weather conditions are threatening global grain supplies that were positioned as stand-in solutions to the damage caused by Russia’s invasion of Ukraine. Drought, short rainfall and high heat have blighted crop production in India and France – both nations tipped to supplement the falling flow of wheat from the Black Sea conflict region.

The mounting pressure on farmers worldwide is causing concern that climate change could stand in the way of efforts to control crop production amid international political turmoil.

UN economist for the Food and Agriculture Organization Monika Tothova tells FoodIngredientsFirst that climate impacts have risen in the recent past.

“Agriculture – by definition – relies and is heavily dependent on weather conditions. It was always the case before the climate change consideration, and it remains the case now,” she remarks.

French meteorologists are hoping for increased rainfall, with Météo-France reporting some of the lowest levels in the past 60 years.

Extreme heat has crippled crop supplies in much of India.Droughts are also being experienced in 30 of the US’ 50 states.

Scorched earth in India
India’s Prime Minister Narendra Modi had announced plans to “supply food stocks to the world from tomorrow” if the World Trade Organization would allow it.

However, Modi’s plans to cash in on inflating prices and supply chain disruptions have been hampered by temperatures rising to 40 degrees celsius every day, causing dozens of deaths and massive loss of crops.

On May 4, the Indian government slashed production estimates by 5.7% to 105 million tons from the projected 111.32 million metric tons.

March was the hottest month ever recorded in the country, and the fall in production is raising concerns for the millions of domestic people who depend on farming as their main livelihood and food source. The weaker output will also damage farmers’ incomes.

The government also buys wheat for its welfare system, which provides subsidized food to two-thirds of its 1.4 billion people.

However, Tothova says there is not yet cause for panic and that India is still expected to produce and export substantial amounts of wheat.

“In India, heat waves have not affected the wheat crop across the entire country equally. In the southern and central part of the country, when the heat wave started, wheat had already gone through the grain filling stage and as such did not endure damages.”

“In the more northern areas, grain was not yet fully formed, and losses were likely. Still, although revised downwards, India will still gather a significant wheat crop.”

French rain
At the outbreak of war in Ukraine, French farmers were ordered to grow more wheat and sacrifice other crops in preparation for the fall of supply from Europe’s “breadbasket.” 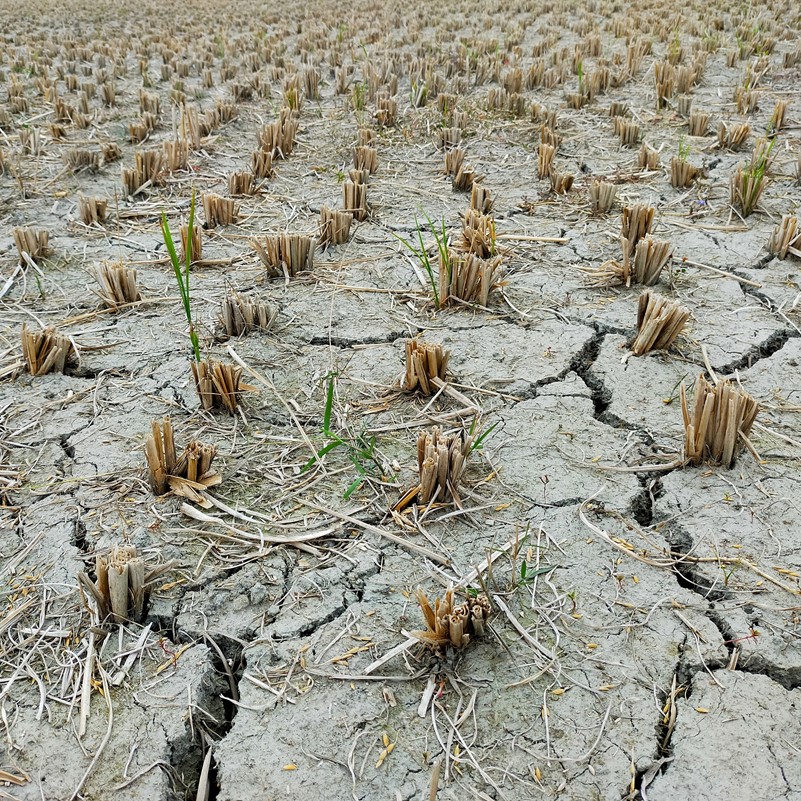 Drought fears in France may be overhyped, according to FAO.

France produces about 35 million tons of wheat every year, of which it exports roughly half, making it by far the biggest exporter in the EU.

Since January this year, rainfall has dropped to its lowest point since the 1960s, sparking fears drought will ruin much of the excess wheat being counted on for surplus.

However, Tothova also asserts these worries should not be overstated, noting the drop is still not low enough to cause huge problems to supply.

“From a rainfall point of view, although lower than last year, across much of France, rainfall is slightly below the long term average,” she reveals.

“In the southern parts – as it is the case across many countries in southern Europe – rainfall deficits are higher. Thus, although pockets of drought will constrain the yields and total production, there will still be a sizable crop.”

Disproportionate concerns?
The Ukraine crisis remains the major ongoing concern for the FAO, says Tothova, although the impact of the war has still not been felt as some had predicted.

Before Russian troops entered the country, some experts forecasted potential famines in the MENA region and massive price hikes as fertilizer and grain supplies in both countries would be largely blocked.

While prices have indeed soared, the catastrophes envisioned by many have not yet come to pass.

“Although in late February – early March there were concerns about the impact of the economic and financial sanctions on the Russian exports of agricultural commodities, those have not fully materialized, and the Russian Federation continues (at least some) exports,” says Tothova.

While the threat of increased climate shocks during wartime – combined with an already inflating market after the COVID-19 pandemic – is a real concern, Tothova concludes that the constraints are manageable.

“In short, weather has always been an issue, and it is a risk farmers are accustomed to. However, high input prices, including high fertilizer are likely to constrain their ability to produce more.”