You are in : All News > China bans German pork imports over African swine fever concerns

15 Sep 2020 --- China has banned pork imports from Germany after a case of African swine fever (ASF) was identified in a wild boar found near the German-Polish border.

The ban is expected to benefit other major pork exporters including the US, Spain and Brazil.

According to a joint statement from China’s Ministry of Agriculture and General Administration of Customs, the move intends to “protect the animal husbandry industry and prevent the spread of the disease.”

“The identification of infected wild boars in Germany is, of course, a source of concern for the whole European pig meat sector,” comments Pekka Pesonen, Secretary-General of the agri-food body Copa-Cogeca.

“Nevertheless we should be reassured. Germany proved its capacity for rapid response and effective actions while the Brandenburg region has a low pig production,” Pesonen explains.

“The recent and positive management by Belgian and Czech authorities of ASF shows that biosecurity measures taken by farmers and public authorities are efficient in the EU.”

The first ASF case in Germany jeopardizes US$867 million in exports to China, according to data from the US Department of Agriculture (USDA). ASF was not entirely unexpected, given the recent rise of cases in Western Poland.

However, the confirmed ASF case will be devastating for the German pork sector which is still reeling from the COVID-10 crisis, including slaughter facility disruptions stemming from outbreaks among its workers, excess supply, declining consumption, trade disruptions, and depressed prices.

Antonio Taraves, Chair of the Copa-Cogeca Working Party on Pig meat asserts that “at a difficult time for the European pig meat sector, it is essential that European and national authorities take efficient and quick measures to support the sector.”

ASF has wiped out herds of pigs across Asia, fueling concerns about food security while impacting global pork prices. Earlier this year the disease saw a resurgence in Nigeria’s pork industry.

In 2019, almost five million pigs in Asia either died or were culled due to the spread of ASF, according to reports by the Food and Agriculture Organization of the United Nations (FAO).

The scientific community is clear about ASF, the disease can only be transmitted to pigs and wild boars and does not affect humans.

Stakeholders of the meat supply chain, especially hunters, will have a key role to play in prevention and containing the disease.

FoodIngredientsFirst has reached out to the German Ministry of Agriculture for further comments on these developments. 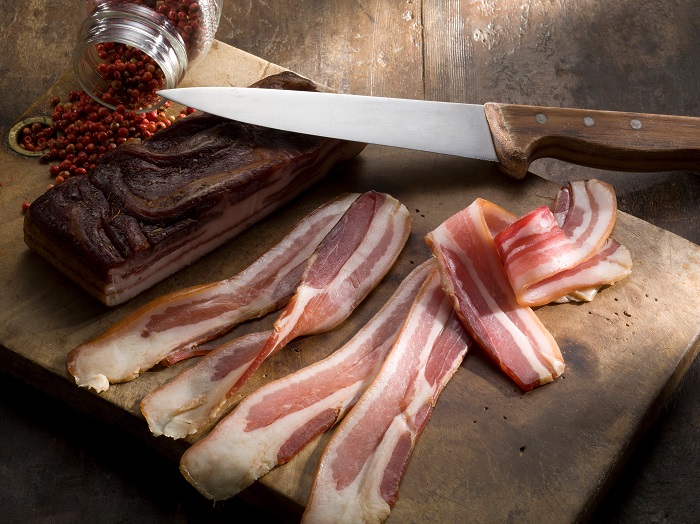 Click to EnlargeASF remains a prominent threat to the European meat processing industry, which is carefully monitoring what is happening in neighboring countries.The population of hogs in China increased for the sixth straight month in August, up by 4.8 percent over that in June.

This signified another key turning point for hog production recovery, following the year-on-year increase in breeding sow inventory in June.

In July, the number of breeding sows in stock surged by 20.3 percent year-on-year and 4.0 percent month-on-month.

The increase in breeding sow population is the key to hog production recovery, driving the growth in hog inventory and then hogs for slaughter, the head of MARA Department of Animal Husbandry and Veterinary Bureau indicated.

MARA estimated that tight market supply of pork will be fundamentally relieved in five to six months.

EU rallies against ASF spread
ASF remains a prominent threat to the European meat processing industry, which is carefully monitoring what is happening in neighboring countries and working toward eradicating this disease.

Nine countries collectively comprise a “region of concern” identified by the European Food Safety Authority (EFSA), which is spearheading a major campaign to raise awareness and help halt the spread of African swine fever (ASF) in southeastern Europe.

According to analysis by the Dutch multinational bank Rabobank, the specific impact on production and local responses to ASF is “expected to create considerable uncertainty around global animal protein trade in 2020.”

In other reports, analysis in the journal Proceedings of the National Academy of Science describes a new group of H1N1 swine influenza viruses that have “the essential hallmarks of being highly adapted to infect humans” and that are therefore of potential pandemic concern.

16 Dec 2020 --- It's official, next year is the International Year of Fruits and Vegetables 2021. The FAO is appealing to improve healthy and sustainable food production and... Read More

15 Dec 2020 --- British retailers are gearing up for Brexit transition deadline (January 1), which is when the UK will officially stop trading under EU rules. F&B... Read More

18 Nov 2020 --- A new agri-food platform, NSF Verify, is being developed to identify and digitally record an animal’s journey from birth through the supply chain. The supply... Read More

06 Nov 2020 --- A new alliance has been formed to prevent the COVID-19 pandemic from triggering a “catastrophic” world food crisis.The Food and Agriculture Organization... Read More

27 Oct 2020 --- A global initiative has been set up to tackle the spread of African swine fever (ASF) and its potential threat to food security. As the deadly pig disease spreads... Read More