You are in : All News > Cellular agriculture: Lab-grown crustacean meat to debut in premium Singaporean restaurants in 2020

Shiok Meats works with 3D printing to add texture to synthesized shrimp meat and recently closed its seed round of funding at US$4.6 million

02 May 2019 --- Lab-grown crustacean meat could make its restaurant debut as early as next year in premium Singaporean establishments. This is according to the CEO and Co-Founder of Southeast Asia’s premier cell-based meat venture, Shiok Meats, which claims to be the first and only company in the world that synthesizes lab-grown crustacean meat for human consumption.

“We aim to launch in a few premium restaurants in Singapore by the end of 2020 and then in Hong Kong and other Asian countries. We will work with chefs to create dishes like dumplings, shrimp cakes, etc., to start with,” Dr. Sandhya Sriram, the company’s CEO and Co-Founder, tells FoodIngredientsFirst. 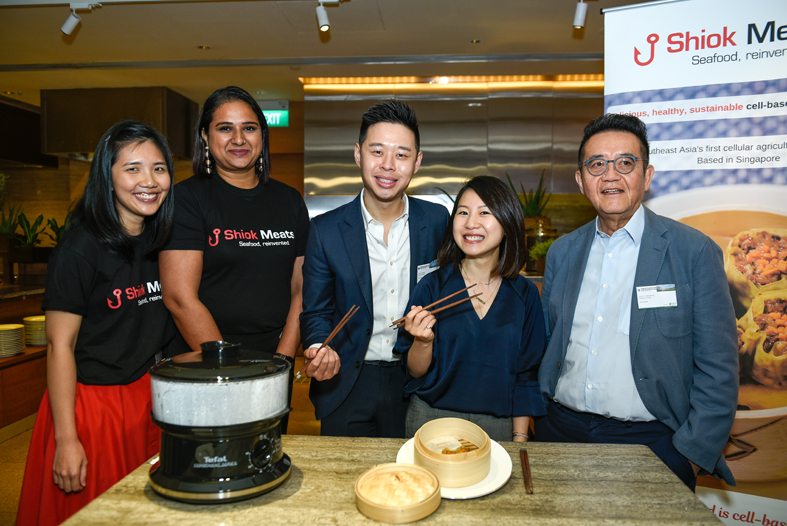 Shiok Shrimp Dumpling tasting.Shiok Meats recently closed its seed round of funding at US$4.6 million and has begun talks for its Series A. The company’s cell-based agricultural infrastructure, specializing in the cultivation of shrimp meat (and later, crab and lobster meat), is gearing up for large-scale production expected in the next three to five years.

The rising start-up is comprised of equal parts pioneering biotechnology and gastronomic sophistication. With consumer demand for cleaner, more sustainable meat sourcing propelling the race to innovate within this space, the company’s founders are confident that existing gaps in the seafood supply chain can be filled with this emergent technology.

Familiar is exceptional
“Shiok” is a colloquial Singaporean term used ubiquitously as a general term referring to something that is pleasing or excellent. In the context of food, the word denotes “deliciousness.” Dr. Ka Yi Ling, Chief Science Officer of Shiok Meats, says there are no differences in taste and texture between lab-grown and regular shrimp meat.

“We have not had to enhance flavors for our shrimp dumpling prototype. The flavor and smell was inherent in the cells we grew. We are currently producing the shrimp meat as a paste/minced form, so the texture is as you would expect for a paste. We are working on providing texture for a 3D ‘c-shaped’ shrimp via 3D-printed scaffolds and hydrogels,” she tells FoodIngredientsFirst.

At lab-scale, the Shiok Meat scientists have exhibited proof of concept: producing roughly 25g of shrimp meat between 4-6 weeks. There had been no academic research on the cultivation of shrimp muscle cells prior to this endeavor. The researchers note that this rate of production is not dependent on time, but rather down to the amount of cells you start with. On a larger production scale, the team says it will be possible to produce “thousands or even tons” of shrimp meat in the same or shorter amount of time. 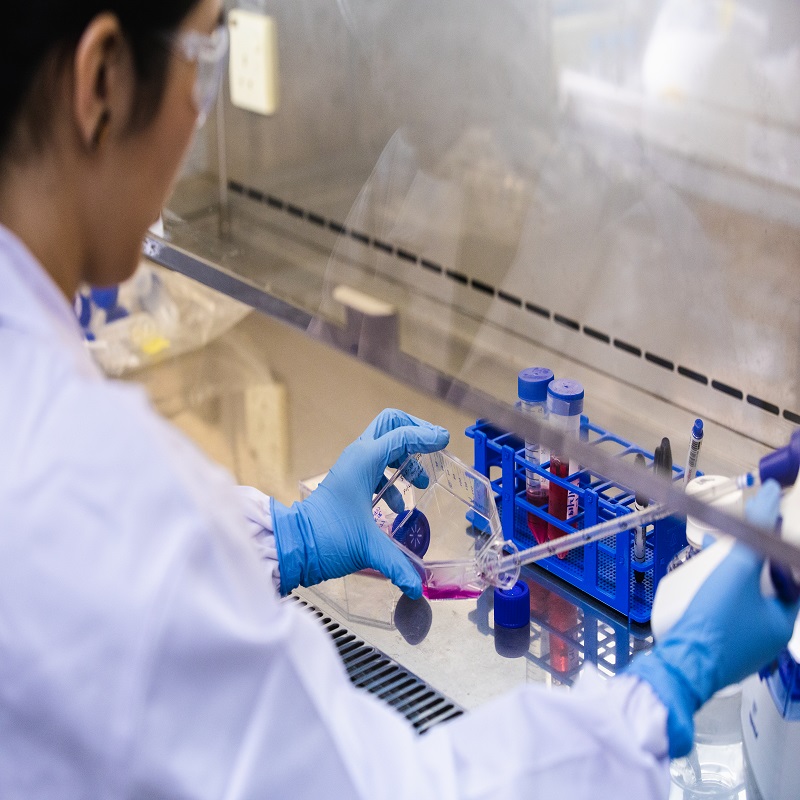 At lab-scale, the Shiok Meat scientists have exhibited proof of concept: producing roughly 25g of shrimp meat between 4-6 weeks.
Where an increasing number of global consumers are beginning to take a hard look at the meat supply chain for discrepancies in quality of produce and animal treatment, Shiok Meats steps in as a cleaner, highly sustainable sourcing alternative.

“Currently, the way we are eating is unsustainable and unhealthy. The meat and seafood industry is tainted with animal cruelty, antibiotics and hormone usage and various pathogens that lead to mass epidemics,” Dr. Shriram emphasizes.

“The population of the world is going to increase to 10 billion by 2050 and we do not and will not have enough food/protein being produced to feed everyone. Hence, the industry we are disrupting is the alternative protein and future of food sectors,” she further stresses. “We are catering to meat eaters and flexitarians who will still get to eat real meat and seafood but those that are cleaner, healthier and sustainable.”

Small players are the movers and the shakers
Innova Market Insights’ 2019 Trends Report notes that small players, like Shiok Meats, are increasingly shaking up the industry by taking on the classic FMCG giants in an increasingly high-tech arena. The market researcher highlights this “golden age of creativity” as driven by growing demand for ethically produced, sustainably-sourced and environmentally conscious food products.

Another significant market insight is the “locavore” lifestyle trend, which is spearheaded by growing consumer interest in local brands that tell a compelling story. Considering Singapore’s reputation as a multicultural melting pot, with national pride extending beyond its own borders, Shiok Meats is well-positioned within this “global village.”

In 2018, a similar advance in the disruptive innovator space came from Perfect Day, which teamed up with agricultural processor and ingredient giant ADM to develop and commercialize animal free dairy proteins. The move in cellular agriculture will effectively allow it to scale up the production of its cow-free dairy. The joint development agreement will lead to the supply of the world’s first animal-free dairy proteins to the food industry later this year, in what is arguably a milestone in the reinvention of dairy. Perfect Day raised US$24.7 million in a Series A funding from Temasek, a Singapore state-owned investment company in 2018.

In other notable technological advancements within the cellular agriculture space, it emerged earlier this year that the creation of cell cultured meat with a fat-like mouthfeel could be much closer than previously thought with Spanish-based start-up Cubiq Foods being the first European producer of cell-based fat for a healthy and sustainable diet.

Mosa Meat is launching in the Asian market through Singapore, while partnering with local manufacturing organization Esco Aster. The company plans to bring its cultured... Read More

The acceleration of antimicrobial-resistant bacterial strains threatens to set back industry by “decades,” warns the Good Food Institute (GFI). But even... Read More