You are in : All News > Canada: Trans fat ban comes into force, transition period begins 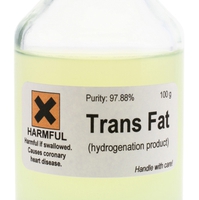 20 Sep 2018 --- This week marks the beginning of a ban on Canada’s partially hydrogenated oils (PHOs), the largest source of industrially produced trans fat in foods. It is now illegal for manufacturers to add PHOs to foods sold in Canada. This includes Canadian and imported foods, as well as those prepared in all food service establishments. One of the key reasons behind the ban is to help reduce the risk of heart disease in the country and the ban comes from an earlier mandate to eliminate trans fat in a bid to cut heart disease.

The ban was announced last year to give industry to time to adapt and came into effect on September 17 with the addition of PHOs to Part 1 of Health Canada’s List of Contaminants and Other Adulterating Substances in Foods.

The Canadian Food Inspection Agency (CFIA) enforcement strategy for the new requirement includes a two-year phase-in period during which products containing PHOs can continue to be sold, as long as they were manufactured before September 17, 2018. It comes just three months after a similar ban took effect in the US (June 18, 2018), as the transition period in the country expired.

The CFIA will verify that the food manufacturing industry has implemented appropriate measures to meet regulatory requirements through oversight activities such as inspections, audits and sampling.

PHO elimination around the world
Eliminating PHOs from the Canadian food supply is an important part of Canada’s Healthy Eating Strategy and the enforcement follows PHO restrictions in the US.

However, this is not just a government-imposed as consumer preferences are shifting on an international scale and the broader picture shows that people are turning away from their anyway.

In June, the long-awaited US regulation came into force concerning the complete removal of trans fats (PHOs) which dictates that manufacturers must ensure that their products no longer contain partially hydrogenated oils for uses that have not been otherwise authorized by the US Food & Drug Administration (FDA).

Health Canada’s ban is consistent with global efforts to eliminate industrial trans fats in foods. Banning the use of PHOs in foods will effectively reduce trans fats in the Canadian food supply to the lowest level possible, and help achieve the World Health Organization’s public health recommendation to reduce the intake of trans fats by the majority of the population to less than 1 percent of total energy intake, according to the Canadian government.

“Heart and Stroke (Foundation of Canada) is thrilled to see the implementation of the ban on trans fats take effect. This important and final step will eliminate these heart-clogging fats from our food supply, benefiting the health of all people in Canada by reducing the number of heart attacks and saving lives. This measure is a critical component of the federal Healthy Eating Strategy,” adds Yves Savoie, CEO, Heart and Stroke Foundation of Canada.

The ban applies only to PHOs. The ban does not apply to naturally occurring trans fats, which can be found in some animal-based foods, such as milk, cheese, beef and lamb.

23 Mar 2021 --- Kerry has released a report delivering insights about the rise of emerging flavors in the US and Canada, such as butter chicken, miso, black garlic, pho and harissa... Read More

04 Mar 2021 --- The entire genomic sequence of 12 rapeseed (canola) varieties has been mapped by a global consortium of US, Canadian, Israeli and European research bodies using... Read More

15 Feb 2021 --- US-based Vejii Holdings will be the exclusive release platform for plant-based meal replacement product Heal. The product’s online launch is inspired by a... Read More

13 Nov 2020 --- Canada is positioning itself as a global player in high-quality plant ingredients, following an investment of CA$25.7 million (US$19.6 million) to increase the... Read More