You are in : All News > Campden BRI project to extend fish shelf life and reduce waste 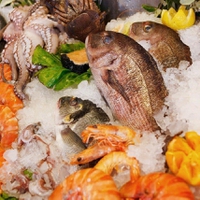 30 Sep 2020 --- Extending expiration dates and shelf life is Campden BRI’s latest research endeavor that could save food producers and retailers millions of pounds in wasted produce. The company is seeking supporting research partners to revise established standards to increase the shelf life of fresh fish and seafood, in particular.

When it comes to shelf life, fish and seafood are renowned for being highly-perishable, he argues.

“But it’s still quite possible that current rejection thresholds for levels of microorganisms are set unrealistically low, leading to significant wastage and cost. We’ll be undertaking microbiological, chemical and sensory testing to see if reviewing these standards can achieve improved shelf life without compromising product safety.”

Seafood and shelf life
The scientists are looking for fish and seafood producers as well as retailers to work with them on the project to undertake investigations and analyses on a comprehensive range of products.

The research will begin in November and run for one year. It will involve suppliers and retailers from across the fish and seafood sector providing a range of products for testing.

In 2011, UK charity Waste & Resources Action Programme (WRAP) estimated that 1.2 percent of fishery produce was wasted, with the cost to retailers alone of £12 million (US$15.4 million).

Currently, most retailers apply microbiological specifications, as indicators of quality, to the raw seafood (fish, prawns and shellfish) that they source from their suppliers.

Producer feedback suggests that the upper limits in these specifications are currently set too low to take account of the natural levels of microflora and can potentially be exceeded even at the very start of shelf life, despite the food being safe and organoleptically acceptable.

“This suggests that the natural flora of seafood may already be at a higher level than that permitted by the specifications,” continues Jones.

“If the evidence justifies a review of these specifications, by correlating sensory data with plate counts, the benefits to producers and retailers will be considerable – allowing safe food to be stored for a longer time. Consequently, it will also reduce environmental and financial impacts through reduced waste.”

This month, FoodIngredientsFirst reported that ocean lobby groups and NGOs were left reeling following the European Commission proposal for Baltic fishing limits for 2021.

Meanwhile, last month, the Consumer Goods Forum launched a CEO-led Coalition of Action on Food Waste, which sees 14 of the world’s largest retailers and manufacturers join forces. Some of the most prominent retail players have joined, including Walmart, Tesco and Sainsbury, while food giants like General Mills, Kellogg Company, and Nestlé are also onboard.

The impact of food waste on the planet
Food waste is an enormous environmental, social and economic problem. A third of food produced is never eaten, which amounts to approximately 1.3 billion metric tons of food lost each year.

This week, the UN Food and Agriculture Organization and the UN Environment Programme revealed the first International Day of Awareness of Food Loss and Waste (September 29).

The marking of the day – under the slogan “Stop food loss and waste. For the people. For the planet,” is taking place during the 75th session of the UN General Assembly.

The day is cited in the context of rising global hunger and climate change, COVID-19’s ongoing threat to the food and nutrition security of millions of people, and increased food loss and waste – a result of movement and transport restrictions due to the pandemic.

Each year, around 14 percent of the world’s food is lost before reaching its intended market.

COVID-19 aside, each year, about 14 percent of the world’s food is lost before even reaching the market.

28 Oct 2020 --- Kerry is drawing attention to new frontiers for the alternative meats sector, where regional plant-based appetites are developing.

28 Oct 2020 --- Thousands of metric tons of wasted food could be saved every year with a new monitoring system currently being developed by Italian scientists at the University of... Read More

28 Oct 2020 --- Unless more is done to fulfill net zero deforestation targets, many in the consumer goods sector are unlikely to meet their goals, according to CDP’s new... Read More

26 Oct 2020 --- Meat consumption per capita has increased in the Netherlands for the second consecutive year according to researchers from Wageningen University & Research... Read More

22 Oct 2020 --- By casting off traditional associations between cacao and indulgence, Barry Callebaut shows how cacaofruit can address health, sustainability and taste demands in... Read More