You are in : All News > Calls to Halt GM Maize Authorizations 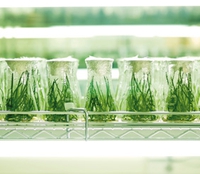 05 May 2017 --- MEPs oppose EU Commission plans to authorise imports of products derived from or containing herbicide resistant genetically modified (GM) maize and cotton, in two resolutions voted on Thursday. They highlight the concerns raised by independent research and member states, and reiterate Parliament’s call for a reform of the EU’s GMO authorisation procedure.

The resolution opposing the placing on the market of products containing maize DAS-40278-9 highlights the concerns raised by independent research about the risks of the 2,4D herbicide, to which the maize is resistant, regarding embryo development, birth defects and endocrine disruption.

MEPs stress that many critical comments were issued by Member States during the three-months consultation period before approval, referring inter alia to missing or insufficient data, contradictory statements and poor test design.

The resolution was adopted with 35 votes to 19.

In a separate resolution, adopted with 38 votes to 15, MEPs say that imports of products from genetically modified cotton GHB119 should not be authorised as this would encourage the use of glufosinate ammonium-based herbicides (to which GHB119 is resistant) in the world, while glufosinate is classified as toxic for reproduction.

Next steps
Both texts, tabled by MEPs Bart Staes (Greens/EFA, BE) Lynn Boylan (GUE/NGL, IE), Guillaume Balas (S&D, FR), Eleonora Evi (EFDD, IT), Valentinas Mazuronis (ALDE, LT) and Sirpa Pietikäinen (EPP, FI) will be put to a vote by the full House during the 15-18 May plenary session in Strasbourg.

The UK Food Standards Agency has published its Consumer perceptions of genome edited food report as part of broader efforts to increase its evidence base in the field of... Read More

Global food commodity prices fell last month for the first time in 12 months, according to the FAO Food Price Index. The decline in June marked the first drop in the... Read More

Is vertical farming the future of agriculture? UK researchers partner with LettUs Grow to boost crops

Vertical farming is a relatively recent development that can allow us to grow crops in a controlled environment and provide an alternative approach to conventional... Read More