You are in : All News > Bunge reports challenging Q2, provoked by weak global margins 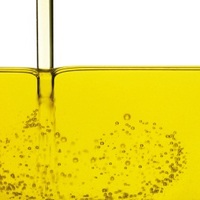 03 Aug 2017 --- Bunge has reported weak global margins and slower farmer selling in South America, which has led to a challenging second quarter in Agribusiness for the company. Food and Ingredients results were as expected, driven by significantly improved results in Edible Oils. Sugar & Bioenergy benefited from higher hedged sugar prices and improved operational efficiencies. The rolling four quarter ROIC for its core Agribusiness and Food operations was 6.1 percent, 0.9 points below WACC, reflecting the tough market conditions.

Bunge has reported lower results for its agribusiness in Q2, which were primarily driven by slow farmer selling in South America that negatively impacted margins throughout the value chain. In its Grains business, Brazil was the primary driver of decreased results, due to the combination of farmer retention and intense industry competition for supply to meet logistics commitments.

In Oilseeds, soy processing results were down in all regions. In South America, lower margins were driven by a combination of slow farmer selling and an oversupply of soybean meal. In the US, results were lower than a particularly strong prior year that benefited from harvest delays and production shortfalls in South America.

Edible Oil Products results improved in all regions compared to last year, with the largest increases in Europe and the US. Europe benefited from an increase in margins and volumes, as well as contributions from new acquisitions, which enhanced the mix of higher value added products and expanded Bunge's customer base. In the US, reduced costs more than offset by lower refining margins and volumes. In Brazil, slightly better results were driven by increased volume and margins; however, volumes of specialty oils and other higher margin products continued to be depressed, due to challenging macroeconomic conditions. In Asia, higher results were primarily due to growth in sales of higher margin products in India. Second quarter 2016 results included a reversal of an approximately US$12 million mark-to-market gain.

Soren Schroder, Bunge’s Chief Executive Officer, stated: “We are optimistic about a much better second half of the year, but some market headwinds will persist. Global trade remains strong, opportunities are emerging from recent weather concerns in North America and farmers in Brazil are proving willing sellers as prices have increased. While the consumption of soy meal and oil is strong, the crushing industry oversupplied the market during the second quarter, resulting in a meal surplus that is expected to weigh on margins through the third quarter.”

“In Food & Ingredients, Edible Oils is on track and should significantly exceed last year’s result.  However, our Milling business, particularly in Brazil, is facing headwinds from contraction in flour consumption, both in the industrial and foodservice segments. Sugar & Bioenergy should continue to benefit from strong operational performance and hedges, and will have a strong second half of the year,” Schroder explains.

”Recently, we announced a global Competitiveness Program to lower costs, increase efficiencies and re-engineer the way we work. We expect this program to reduce overhead costs by US$250 million by the end of 2019 with US$100 million of savings expected in 2018. This is a transformational next step that will significantly boost our competitiveness as market conditions improve, and builds on our existing industrial productivity program, which has delivered US$43 million of benefits year-to-date toward our full year estimate of US$100 million.”

Thom Boehlert, Chief Financial Officer, stated: “Overall, we expect a much improved second half of the year. In Agribusiness, the third quarter is off to a good start. While South American soy crush margins have expanded, they, along with soy crush margins in Europe, are still below our earlier expectations. As a result, we are adjusting our full-year 2017 EBIT range to US$550 million to US$650 million, weighted to the fourth quarter.”

“In Food & Ingredients, we expect Edible Oils to continue to show strong year-over-year improvement on higher volumes and margins. However, due to challenging first half conditions in Milling, and in anticipation of continued soft consumer demand in Brazil and Mexico, we are adjusting our full-year 2017 EBIT range to US$210 million to US$230 million, weighted to the fourth quarter.”

“In Sugar & Bioenergy, we are entering the seasonally strong period of the year when ATR yields rapidly increase. Our sugarcane milling operations are trending well, and the segment remains on target to achieve full-year EBIT of US$100 to US$120 million assuming normal weather patterns. Results will be weighted toward the fourth quarter, reflecting seasonally tighter ethanol supply.

“We expect our full-year 2017 tax rate, excluding notables, to be 18 percent to 22 percent, which is more favorable than our previous expectation of 23 percent to 27 percent, primarily due to our forecasted earnings mix.”

Yesterday, FoodIngredientsFirst reported that Corbion signed an agreement to bid for substantially all of the assets of TerraVia, as the bidding war for the beleaguered microalgae company begins. You can read about Bunge's involvement here.

Bunge Loders Croklaan is a leading global producer and supplier of sustainable plant-based specialty oils and fats for the food manufacturing industry. It operates as the global B2B edible oils business of Bunge Limited (NYSE:BG). Its products are used in a wide range of applications, from bakery and confectionery to culinary and infant nutrition. With in-depth knowledge of ingredients, applications and processes, the Bunge Loders Croklaan team closely cooperates with customers to develop tailored solutions and create innovative products to meet their business goals and differentiate them in in the marketplace.

Mushroom mycelia researchers and supplier MycoTechnology nabbed a further US$85 million in the company’s largest series E funding round yet. MycoTechnology will... Read More

Upcycling ingredients: Curbing waste and loss while innovating with taste and texture

From plant-based food to infant nutrition and whey protein, the upcycling ingredients space is spurred by consumer demands for environmental sustainability and... Read More

The Fi Europe 2021 Innovation Awards & Startup Innovation Challenge nominees have been confirmed, with key industry themes such as sustainability and plant-based... Read More