You are in : All News > Delay in menu labeling rule is not needed, says CSPI

Delay in menu labeling rule is not needed, says CSPI 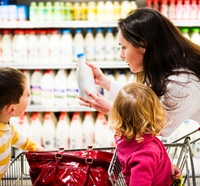 03 Aug 2017 --- In June, the US Food and Drug Administration (FDA) pushed back the deadline for food companies to adopt changes to nutritional labels for packaged foods. Industry stakeholders welcomed the extension amid concerns over their ability to meet the compliance deadline of July 26, 2018. But the consumer lobby group the Center for Science in the Public Interest (CSPI) has stressed that the delay is not needed and is harmful to consumers.

In May 2016, the FDA released changes to the Nutrition Facts label on packaged foods to include new scientific information and the link between diet and chronic diseases to make it easier for consumers to make healthier decisions about the foods they eat.

The FDA’s extension seeks to decrease costs of compliance, and minimize the transition period during which consumers will see both the old and the new versions of the label in the marketplace.

In comments filed by the FDA, the CSPI has argued for immediate implementation of the menu labeling final rule requiring calorie counts and other nutrition information on menus.

CSPI was also joined by nearly 50 other organizations in a letter opposing the administration’s delay or potential weakening of menu labeling.

Citing the 80 percent of Americans who support menu labeling, the comments suggest that more delay is both unnecessary and harmful to consumers who have a right to know how many calories are in their food, particularly since one-third of our calories come from foods we eat away from home.

On Tuesday, CSPI and allies also delivered more than 25,000 comments on the regulation to members of the US Senate from concerned citizens of their respective states. The comments opposed the administration’s delay and any changes to weaken menu labeling.

Interest by the public is intense. More than 60,000 comments from consumers were estimated to have been submitted to the FDA to date in opposition of further delay.

In addition to the administration’s delay, the industry continues to push its anti-menu-labeling bill, which was voted out of the House Energy and Commerce Committee last week.

The bill would let chains obscure nutrition information by using arbitrary and unrealistic serving sizes and would let them put the information where few customers will see it.

The US Food and Drug Administration (FDA)’s voluntary sodium reduction targets are moving the onus from consumers to food suppliers. This is according to industry... Read More

Following a survey of per- and polyfluoroalkyl substances (PFAS) in nationally distributed processed foods, the US Food and Drug Administration (FDA) has concluded that... Read More

BlueNalu reveals its latest framework designed to achieve a premier standard of food safety, quality and traceability for its cell-cultured seafood production. The... Read More

The debate surrounding the potential effects that some synthetic dyes can have on some children’s behavior has been reignited following US research. According... Read More

Sternchemie has received a Generally Recognised As Safe (GRAS) “letter of no objection” from the US Food and Drug Administration (FDA) for its range of... Read More