You are in : All News > Brexit report: Turbocharge exports, invest in innovation & restore productivity, urges FDF 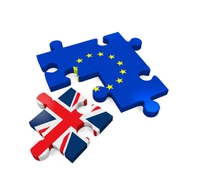 13 Jul 2018 --- The UK food and drink industry needs help to “turbocharge” the sector’s exports and restore productivity levels to avoid falling behind other European countries once Britain has left the EU, that is according to the Food and Drink Federation (FDF). An industry-wide report highlights the key growth opportunities for the food and drink industry, the UK's largest manufacturing sector which contributes £28.2bn (US$37bn) to the economy annually, employs 400,000 people and is a key part of the nation's £110 billion (US$144bn) farm-to-fork food chain.

The report comes as the industry faces “unparalleled” challenges in the coming years as the market environment remains uncertain, largely as a result of Brexit. The FDF realizes there are huge opportunities for the British food and drink sector, but the key is to identify and harness the industry’s growth potential and improve productivity.

From 2010 to 2015, the UK’s food and drink productivity levels dropped to just 3 percent and Britain is now falling behind its European counterparts having previously shown growth of 8.5 percent prior to 2010.

This, says the FDF, is particularly concerning as the clock counts down to the UK leaving the EU next March and any transitional period that may follow.

The FDF commissioned Grant Thornton to undertake an independent research project identifying both the opportunities available to manufacturers and the barriers to growth. This was done through the collation of the latest quantitative data and by speaking with FDF members.

The government is looking to create an industrial strategy to re-balance the economy and restore productivity. This would have a significant impact on the UK’s manufacturing performance and that of the wider economy says the FDF. However, the food and drink industry says that for it to increase its productivity levels, it needs helps to turbo-charge the sector’s exports.

Total UK food and drink exports reached £20 billion (US$26.2bn) in 2016, up 10.5 percent from 2015 but only one-fifth of food and drink companies are exporting, leaving huge room for growth.

It would also like to create a “Food and Drink Academy” to provide specialist training for those wishing to start or scale up overseas training and ensure the availability of expert market research across all UK regions and support large companies that mentor SMEs on international trade and invest in science, research and innovation.

The UK’s food and drink industry has a proven track record of making healthier products and claims to be committed to making it easier for people to choose healthier food. But, it says, that it’s only possible to deliver these products to consumers through research and innovation and so it’s proposing to:
- Increase the commercialization of research
- Promoting tax credits for research and development
- Improving access to research funding to make innovative and healthy food cheaper
- Encouraging greater connections between education providers and businesses within the sector to address the industry’s looming skills gap.

Report’s key findings:
Skills
There is still considerable uncertainty regarding future access to EU workers, who are highly-valued and make up 32.5 percent of the industry's skilled and high-skilled workforce. Despite misconceptions, there is an even mix of skills within the sector – less than 9 percent of roles are low-skilled, while 40,000 of the industry's aging workforce are expected to retire in the next ten years. Also, 140,000 new workers are required by 2024 to fill the looming skills gap.

Trade
Between 2006 and 2015 global food exports had a combined annual growth rate of 7 percent. During the same period, UK food and drink exports grew by 4 percent.

EU nations Ireland, France, the Netherlands and Germany were noted as key trading partners and the EEA remains the market with the greatest perceived potential for the industry. China, India and the UAE are seen as the top three markets that businesses surveyed would like to target.

Innovation
Eighty-nine percent of respondents are involved in new product development with many manufacturers engaged in long-term calorie reduction programs. Just 54 percent of manufacturers surveyed had accessed Government R&D tax credits, which are not seen as a whole industry innovation solution. Nearly half of respondents (46 percent) are involved in a collaboration with higher education or research initiatives.

The report's key recommendations for Government
- Work with education providers across the UK to increase the availability of food and drink manufacturing specific apprenticeship training.
- Enhance the image of the food and drink industry and raise awareness of the range of career opportunities on offer.
- Prioritize food and drink as the UK's largest manufacturing industry in relation to any new immigration policy.
- Work with industry to reduce product sugar levels and take a holistic approach to calorie reformulation.
- Further facilitate innovation through support for fundamental and applied research.
- Encourage more food and drink manufacturers to export to help grow the UK's 2.2 percent share of the global food and drink export market.
- Work in partnership with industry to scale-up its provision of specialist export support for food and drink and identify distributors in untapped markets.

Brexit White Paper
This comes at the same time as the UK government publishes its long-awaited blueprint for Britain’s relations with the EU. The White Paper is aimed at firming up trade co-operation, with no hard border for Northern Ireland and a variety of global trade deals for the UK.

UK Prime Minister Theresa May hopes the EU will back the proposals so that an exit deal can be in place by the autumn. There are also further negotiations between Britain and the EU scheduled for next week.

The White Paper sets out areas for future cooperation focusing on the economic partnership between the UK and EU, setting out proposals for an “association agreement” with joint institutional arrangements. However, it does also acknowledge that Britain faces more barriers to trade in some areas compared with today.

“The UK Government is right to make a no-friction trade with our most important trading partner its number one Brexit priority; it is extremely encouraging that the White Paper seeks to do so. Our food and drink manufacturers rely upon integrated supply chains, with ingredients and finished products crossing UK and EU borders frequently – nowhere more so than to and from the Republic of Ireland,” says an Ian Wright CBE, FDF Chief Executive.

“It is positive that Government has heeded the consequences of friction for food and farming and UK food security. Several senior ministers have acknowledged the role FDF and our members' advocacy played in shaping the proposals. The paper begins to address some of the most concerning issues for manufacturers, such as rules of origin. However, there is a lot further to go.”

Wright adds how businesses and consumers urgently need clarity and confidence in the process for both following and deviating from EU rules.

“The devil is in the detail. FDF will insist that the proposals support the competitiveness of the UK’s largest manufacturing sector and enable us to continue to deliver a fantastic range of food and drink to shoppers all year round,” he adds.

In response to today's Brexit White Paper, Helen Dickinson, CEO of the British Retail Consortium has also spoken out saying the BRC has made it clear that a frictionless customs system is vital for retail businesses and so it’s encouraging to have seen some progress within the white paper.

However, she points out that the retail industry still needs clarity on how this will be facilitated.

“A well organized, functioning frictionless customs arrangement is essential to ensure our fragile food supply chains are maintained to allow consumers to continue to access the choice and value of goods they are accustomed to,” she says.

“We welcome the progress made on tariffs but need further clarity about what a phased system would look like in practice and on how a backstop arrangement would work.”

“A functioning frictionless customs arrangement is essential to ensure our fragile food supply chains are maintained and we welcome the proposal of a Free Trade Area which would eliminate the need for most border controls and delays at the border. However, the industry needs further clarity as to how the proposed tracking system would work in practice and an understanding of the costs involved and who would bear these.”

In addition, speaking about immigration Dickinson adds how the retail industry is supported by a high percentage of employees from across the European Union.

“Some 170,000 EU nationals are employed in retail in various roles. A mobility framework which allows retailers access to European employment markets is essential if the industry is to access the numbers of employees it needs,” she says.

09 Jul 2020 --- The UK Food and Drink Federation (FDF) has announced the FDF Awards 2020. The annual awards honor the dedication and commitment of those working in the industry,... Read More

08 Jul 2020 --- European food innovation initiative EIT Food has announced the final list of projects to be awarded a share of €6.2 million (US$7 million) in funding as part... Read More