You are in : All News > Beyond Meat slashes revenue prospects and cuts jobs amid inflation and looming recession 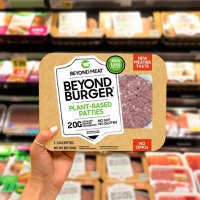 05 Aug 2022 --- The plant-based meat company is cutting 4% of its workforce as Beyond Meat’s transition to a mass market company is not going as smoothly as anticipated. Inflation, interest rates, recession concerns, COVID-19, labor availability and supply chain disruption, are all cited by the US-based business as contributing factors that have led company executives to dim their expectations.

The company lost US$97.1 million during the last reported quarter (Q2 2022), and its revenue decreased 1.6% compared to the same period last year.

“We recognize progress is taking longer than we expected,” admits Ethan Brown, president and CEO of Beyond Meat.

“Our transition to mass market consumption will occur as we actualize our vision: providing consumers with plant-based meats that are indistinguishable from, understood as healthier than, and at price parity with their animal protein equivalents. With the recent and dramatic decline in consumer buying power, the importance of delivering on our price parity targets is magnified,” he continues.

Beyond Meat investors are feeling the pain as the stock has lost 74% of its value in the last year. 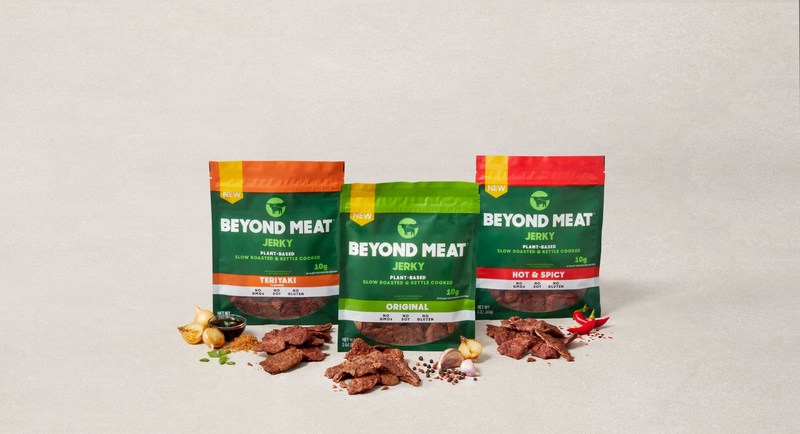 Beyond Meat investors are feeling the pain as the stock has lost 74% of its value in the last year.“The volatility in the stock market does not always reflect on the reality of what is happening on the ground,” Donovan Will, ProVeg South Africa country director, tells FoodIngredientsFirst.

“For many meat replacement companies, there was a lot of excitement from investors who did not realize how many players there were in the market and how many of the world’s largest food companies would take an interest in plant-based alternatives. In some ways, it seemed like investors are valuing Beyond Meat as if they are the only company making high-quality meat replacements,” he continues.

“The share price of some plant-based companies has been affected by challenges in scaling up production quickly enough to deliver the sustainable options people want, as well as pandemic-related global supply chain issues impacting even the largest and most successful food companies,” adds Charlotte Lucas, corporate engagement manager at the Good Food Institute Europe.

Beyond jerky underperforming
The company flags weak sales of its new Beyond Jerky product across US, Europe and Middle East markets, reducing profit margins.

“The company estimates that Beyond Meat Jerky, which was introduced in the first quarter of 2022, further reduced gross profit and gross margin by approximately US$7.7 million and 6.7 percentage points,” explains the business.

The plant-based jerky is made of peas and mung beans and contains ten grams of protein by serving.

Beyond Meat partnered with PepsiCo to bring the product to markets earlier this year, launching three flavors: original, hot & spicy and teriyaki. This is the second consecutive quarter that its jerky products weigh on earnings.

Reaching more shelves
Beyond Meat reported an increase in the number of distribution points of its products, giving consumers further access to its plant-based foods.

Its total retail points around the world increased from 119,000 one year ago to 183,000 in Q2 2022, mainly due to its jerky product being shelf-stable, which allows it to be sold in more diverse places such as gas stations or pharmacies.

The increase in distribution points was more prominent in the US, which captured over 80% of the new retail and food services points. 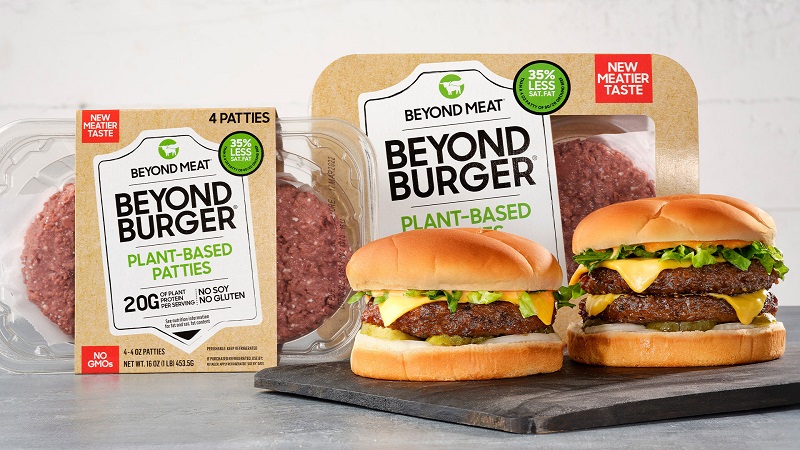 The company flags weak sales of its new Beyond Jerky product across US, Europe and Middle East markets.
The meager growth expectations of Beyond Meat for this year might signal reduced growth in the plant-based sector. However, industry opposes this sentiment.

Planteneers, which helps companies develop plant-based solutions, recently showcased several products at IFT, Chicago, including plant-based smoked salmon and salmon filets as well as plant-based pepperoni. The company says that there is “plenty of potential for growth” in the sector.

“We now see companies like Unilever, who have invested in the Vegetarian Butcher, and Nestlé, who released the Garden Gourmet range of meat replacements. Moves like these are a clear sign that interest in plant-based meat alternatives is growing,” says Will.

However, he warns that small players might be pulling out of the plant-based market priced out by megacorporations.

“But having these giants come into the market, high-quality products at lower prices obviously have a negative impact on some of the existing meat replacement companies.”

Lucas is optimistic as well, saying that the industry is still nascent, “this stage of growth also represents an enormous opportunity for investors to support the expanding infrastructure needs of this sector, such as by investing in companies which supply ingredients to plant-based producers.”

Furthermore, this quarter, even amid the macroeconomic trouble, represented the second largest ever in terms of net revenues for the company, which expects to weather out the storm.

“We are confident we will emerge from the current economic climate leaner and stronger, and well positioned for our next chapter of growth,” underscores Brown.