You are in : All News > Bayer-Monsanto merger moves closer: Bayer ready to sell off vegetable seed business for green light 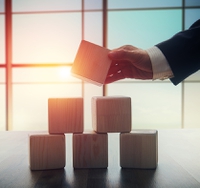 01 Mar 2018 --- The Bayer-Monsanto deal has been facing some tough EU scrutiny over the last few months, but speculation is mounting that the so-called “mega-merger” will get the green light as Bayer makes a commitment to sell its entire vegetable seed business to win over anti-trust approval and seal the US$60bn-plus deal. The industry is watching closely as it looks highly likely the EU will conditionally approve the tie-up between the German drug and crop chemicals maker and US-based giant.

An in-depth investigation was opened in Brussels in August 2017, which is examining the proposed acquisition, paying close attention to concerns over competition in relation to seeds, traits and pesticides.

The EU deadline date for approval is April, but at this stage it’s unclear whether the go-ahead could come ahead of schedule or be delayed as Bayer announced this week that it is ready to offer more concessions to seal the deal. Further divestments could cause a delay in the process.

The proposed acquisition would make Bayer and Monsanto the world's largest integrated pesticides and seeds company.

Bayer ready to offer more concessions
Bayer is selling some parts of its business to ease the passage of the planned Monsanto-Bayer megadeal which is still under scrutiny from regulators with competition concerns.

And now Bayer is gearing up to divest more assets in a bid to win antitrust approval.

“We have now also committed to divest our entire vegetable seed business. Certain additional business activities of Bayer and Monsanto may also be sold or out-licensed,” he said.

“Thus Bayer is actively addressing observations expressed by antitrust authorities. Any sales and licenses would be subject to a successful closing of the proposed acquisition of Monsanto, which remains subject to customary closing conditions, including receipt of required regulatory approvals.”

According to Baumann, the company last year took a big step toward its goal of achieving full separation from Covestro – a Bayer spin-off formed in 2015 and formerly Bayer MaterialScience, Bayer's US$12.3bn materials science division – in the medium term by selling approximately 36 percent of the interest in that company for €4.7bn.

Bayer ceded de facto control of Covestro and deconsolidated the company at the end of September. Bayer’s direct interest in Covestro currently amounts to 14.2 percent, while another 8.9 percent is held by Bayer Pension Trust.

“We took major steps toward the proposed acquisition of Monsanto,” Baumann said on Wednesday at a financial news conference held in Leverkusen.

“Only recently, the Brazilian antitrust authorities gave the green light. That is an important milestone on the road to closing this transaction,” added Baumann.

“After all, Brazil is one of the world’s most important agricultural markets. Overall, more than half of the around 30 authorities worldwide have now approved the acquisition.”

“Although Bayer is continuing to cooperate closely with the institutions involved, it is becoming evident that the examination procedures will require more time. Our goal now is to be able to close the transaction in the second quarter of 2018,” he explained.

“This does not affect our expectation of a successful conclusion to the regulatory review, nor our conviction that this is the right step.”

Environmentalists oppose merger
Meanwhile, the proposed deal is faced heavy criticisms from environmental campaigners who are concerned about the market power such a mega-merger would bring.

Friends of the Earth Europe has renewed its concerns again this week following a poll asking European citizens their thoughts on the Bayer-Monsanto tie-up.

Fifty-four percent of people polled responded, thinking it is "very" or "fairly important" that the European Commission blocks it – more than three times the number who think it would be unimportant, according to FoE.

The YouGov survey results from Germany, France, Spain, Denmark and the UK also shows that the merger gives 47 percent of EU citizens "serious" or "very serious" concerns, while 11 percent think the merger offers any potential.

Citizens also expressed concerns that the merger would negatively affect the farmers' choices of what crops they would be able to farm, the environment, and the amount of chemical substances used in farming to control pests and weeds.

07 Jun 2018 --- Bayer plans to complete the acquisition of Monsanto today (June 7) after satisfying regulators and clearing all hurdles. The name Monsanto will be no more after the... Read More

18 May 2018 --- An EU court has backed a partial ban on neonicotinoids saying that the European Commission was correct five years ago when it restricted their use in a bid to... Read More

01 May 2018 --- The European Union has agreed on a total ban on the most widely-used insecticides from farmers fields. The move is designed to protect the dwindling... Read More