You are in : All News > Barilla completes US$65 million expansion at US pasta plant

Barilla completes US$65 million expansion at US pasta plant

11 Apr 2019 --- Barilla, the Italian family-owned food company, has celebrated the expansion of its pasta plant and integrated durum mill located in Ames, Iowa. This expansion brings the facility's production capacity to 200,000 metric tons of dry pasta per year. Since 2014, the Barilla Group has invested US$27 million in the gluten-free production lines and US$65 million in their expansion of two new lines and associated packaging equipment.

A spokesperson for Barilla confirmed that excluding gluten-free products, capacity for semolina products was approximately 125,000 metric tons prior to the expansion, so this is a very significant increase in capacity for the plant. “We will soon begin Red lentil and Chickpea pasta to support the US market,” they noted. Due to the expansion, the company expects to add 41 new employees through 2021. 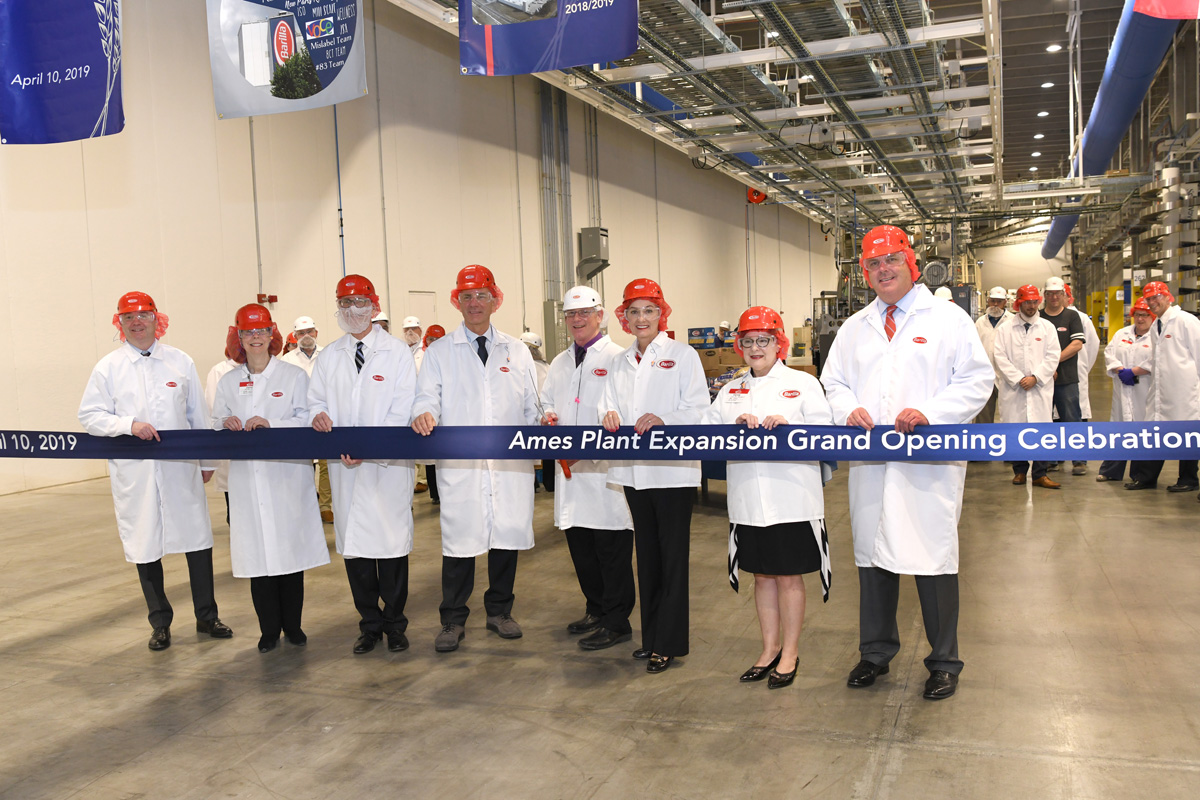 “Pietro Barilla had a vision for our company to bring to the US high-quality, healthy foods inspired by the Italian, Mediterranean lifestyle,” says Barilla Group CEO Claudio Colzani. “Over 20 years ago, we were drawn to the unparalleled work ethic of Iowans, the agricultural know-how of Iowa State University and the proximity to favorable rail access as well as the critical regional supply of wheat. Barilla began US production in Iowa in 1998, and we haven't looked back. Our continued investments in this facility reflect our deep commitment to the Ames community.”

The celebration and ribbon-cutting signified the completion of two additional processing and packaging lines, a rail-yard expansion and six new silos to store wheat.

The Barilla Ames facility now has 214 employees and eight production lines able to produce 200,000 metric tons of pasta annually. This expansion follows a recent addition in 2015, which brought 23 jobs and two new production lines for gluten-free pasta. Barilla received support from local and state government to secure tax incentives for both projects.

Italian-headquartered Barilla Group owns 28 production sites (14 in Italy and 14 abroad) and exports to more than 100 countries. Every year, its plants turn out around 1,700,000 tons of food products that are consumed on tables all over the world, under the following brand names: Barilla, Mulino Bianco, Harrys, Pavesi, Wasa, Filiz, Yemina e Vesta, Misko, Voiello and Academia Barilla.

Barilla’s first US manufacturing plant opened in 1998 as a processing plant and integrated durum mill. Today, it is one of the largest industrial properties in Ames. The milling and processing equipment in the Ames plant are the same used in other Barilla plants in Italy, using the same technologies to maintain Barilla’s standards. The facility has undergone two expansions. 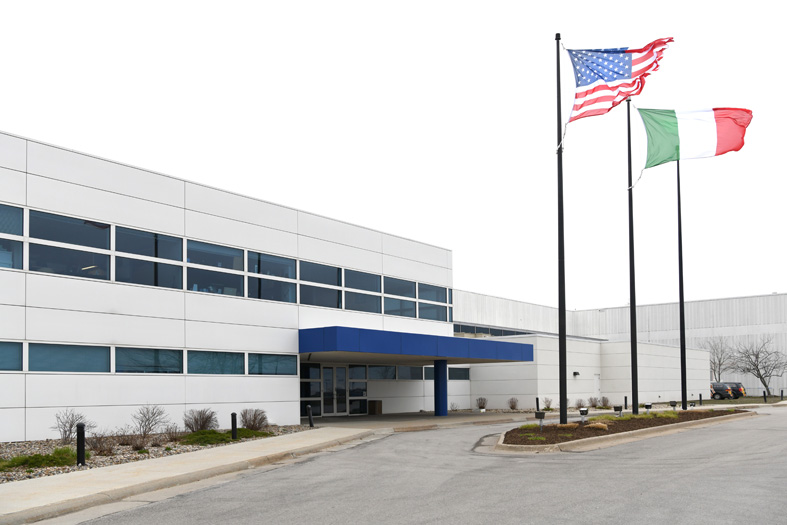 Click to EnlargeFront entrance to the Barilla’s Ames pasta plant and integrated durum mill.In 2015, the company added two gluten-free pasta production lines and in 2019, it has now completed work on two additional processing lines, a rail-yard expansion and six new silos to store wheat. All the wheat used in the facility is sourced from North America.

Barilla is also involved in supporting external innovation within this space. The company was recently involved in US$750,000 seed round funding for food ingredient startup Planetarians. Participation came from Barilla Group's BLU1877, Techstars, SOSV, The Yield Lab and group of angel investors.

Planetarians is an ingredient tech company, upcycling byproducts and solid food waste into high-protein, high-fiber ingredients that allow brands to create products that appeal to customers who want “better-for-you, better-for-the-environment” foods. Planetarians’ technology sterilizes, destroys anti-nutrients and functionalizes fiber in one step. The company’s functional protein flour made from upcycled defatted sunflower seeds has 3 times the protein and 2 times the fiber at the same cost of wheat flour.

The San Mateo, California-based company will use the funding to continue trials with customers and enlarge the range of product applications from already tested snacks, pasta, bakery and meat applications to noodles, breakfast products, dips and purees.

A video interview about the technology can be found here.

Puratos underscores “good for me and the environment” trends, wellbeing and gut health

25 Feb 2020 --- As consumers are increasingly striving for a healthier lifestyle, nutrition and energy characteristics of food are becoming more significant, while good-for-me and... Read More

21 Feb 2020 --- Barilla has reformulated its Protein+ line, now made entirely with 100 percent plant-based ingredients for the US market. The pasta, which used to tout extra... Read More

09 Jan 2020 --- Raisio Group is targeting the expansion of its international oat business, with investments of €8 million (US$8.9 million) funneled into increasing capacity at... Read More