You are in : All News > Are US-China trade tensions easing? Striking a deal to finalize an end to excessive tariffs

Are US-China trade tensions easing? Striking a deal to finalize an end to excessive tariffs 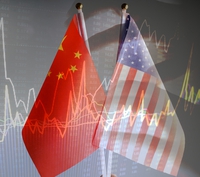 18 Feb 2019 --- As the clock counts down to March 1, the deadline for the US-China trade conflict truce to come to an end, both countries say they are making positive progress towards ending the trade dispute that has seriously impacted commodities for months. Talks continue this week in Washington after negotiations in Beijing failed to finalize a deal to end the trade war last week. However, as the food industry continues to closely monitor progress, hopes are high that an end is in sight and a return to excessive tariffs will be avoided.

Washington’s focus now is to secure a new deal before further US tariffs are imposed on 1 March – just 11 days time. However, it has been reported that “very difficult issues” remain unresolved.

There appears to be an optimistic tone from both sides. Chinese President Xi Jinping has reportedly said this week’s discussions are working hard to promote a “mutually beneficial and win-win agreement.” This is backed up by US trade negotiator Robert Lighthizer, however, he also notes that there should be further headway on some very pressing issues.

The world’s two largest economies have been locked in an escalating trade war, imposing raised duties on billions of dollars worth of another's goods, since tensions first began in July 2018. Both countries agreed to temporarily stop the tariffs for 90 days last December to allow for further talks.

But if these talks break down then the US has already said it would increase tariff rates on US$200 billion worth of Chinese imports from 10 to 25 percent.

The food industry, in general, has been closely following the trade conflict for months. It has been particularly damaging for the US dairy and soybean sectors. In 2018 those impacts on dairy farmers due to lower exports to China were expected to tally US$1.1 billion and to total US$2.2 billion in 2019, unless the trade conflict is resolved.

There is also a possibility that the truce could be extended if this week’s trade talks fail to reach a conclusion.

Soybean sector rocked by trade war
This year started with China approving imports of DowDuPont’s genetically modified (GM) soybeans clearing the way for US farmers to expand planting the pesticide resistant Enlist E soybeans. The approval for the soybeans not only poses a challenge to competitor Bayer but it was seen as a signal that the US and China may be beginning to reconcile their trade tensions.

The US soybean sector is one that is watching closely as negotiations continue this week.

As the trade war intensified dramatically last year, China upped the severity of its sanctions against the US by targeting soybeans for 25 percent retaliatory tariffs, after initially not including the commodity on its list of items impacted. The impact of this has been rippling through the US soybean sector for seven months now as the soybean tariff initially took effect on July 6, 2018.

The trade tensions have rocked the foundation of a decades-old trade relationship US soybean farmers built with China, the largest market for US beans, according to the American Soybean Association (ASA). As a result, sales have been halted, crop prices have plummeted and there has been a lack of security for farmers seeking funding for the 2019 season.

The value of US soybean exports to China has grown 26-fold in 10 years, from US$414 million in 1996 to US$14 billion in 2017. China imported 31 percent of US production in 2017, equal to 60 percent of total US exports and nearly one in every three rows of harvested beans. According to the ASA, Chinese demand for soybeans is expected to account for most of the growth in global soybean trade over the next decade, making it a prime market for the US and other countries.

US dairy exports
The US dairy industry has also been seriously impacted by the tariffs and US representatives are eager to reconnect with Chinese counterparts to develop a robust dairy trade infrastructure.

Shipping US dairy products to China has become much more challenging in recent months as the countries have raised tariffs against each other.

In August 2018, leaders from the US’s dairy industry traveled to China to promote trade cooperation with official agencies in Beijing and Chinese dairy buyers in Xi'an.

“China is a country where the impressive growth in the domestic dairy industry has been complemented by imports of many products that the local industry is not able to produce,” Tom Vilsack, USDEC President and CEO and former US Agriculture Secretary, previously said. “With an abundant supply of milk, US dairy exporters are uniquely equipped to meet growing Chinese demand for a wide range of nutritious, high-quality dairy products that are safely and sustainably produced.”

Competition is now picking up pace as leading cheese manufacturers in the US, Europe and New Zealand are all looking to gain ground in the Asian dairy space.

And now a new study from the US Dairy Export Council (USDEC) projects Japan's aging population will decrease but its cheese consumption will continue to grow.

Japan’s growing love for cheese will continue, presenting an opportunity for US dairy exporters to more than triple sales over 10 years if a new US-Japan trade agreement is negotiated, according to a USDEC study.

Conversely, “US annual cheese exports to Japan could fall by 80 percent” in 10 years if there is no trade deal between the two countries. Under that scenario, New Zealand, Australia and the EU would seize the competitive advantage with their existing trade agreements, tilting the playing field, says the council.

The in-depth report describes the US opportunity to export more cheese.

“Japan is the second largest net importer of cheese in the world, after the UK, and imported US$1.163 billion in cheese in 2017. Since Japan’s two largest dairy suppliers, Australia and New Zealand, have limited capacity to increase their supply, Japan has expanded imports, especially from the US and EU,” it says.

“Although the population in Japan is shrinking by 0.4 percent per annum, the strong per capita consumption growth of 4.0 percent per annum is more than making up for the depopulation. Japan’s decreasing domestic cheese production is also resulting in a strong opportunity for exporting countries.”

Speaking at a recent White House press conference, President Trump said that Washington is closer than ever before to “having a real trade deal” with Beijing. He also stressed that talks are “very complicated” but he would be honored to remove tariffs is agreement can be reached.

However, there is still some mistrust of the latest round of “progress” as the two sides have been locked in a trade conflict and “war of words” for many months. The real question now is do this week’s talks represent a real move towards halting a damaging trade war or are is it just political theater?