You are in : All News > Alternative fried chicken VFC snubs “plant-based” description from all marketing

16 Aug 2021 --- The term “plant-based” has been picking up pace within the F&B industry for several years now, becoming synonymous with a healthier, animal-free and slaughter-free way of eating. But one vegan company, an alternative fried chick*n competitor, is dropping the term from its marketing.

In a social media post over the weekend, British vegan chicken company VFC – which is co-founded by Veganuary’s Matthew Glover and chef Adam Lyons – officially banned the term “plant-based” from its communications.

“This might ruffle some feathers, but we've officially banned ‘plant-based’ from our marketing,” it says. “We're activists first and a food brand second. ‘Plant-based’ doesn't represent who we are or what we want to achieve as a company. And that's sparing animals’ lives.”

“No wishy-washy language here. We're vegan and always will be.” 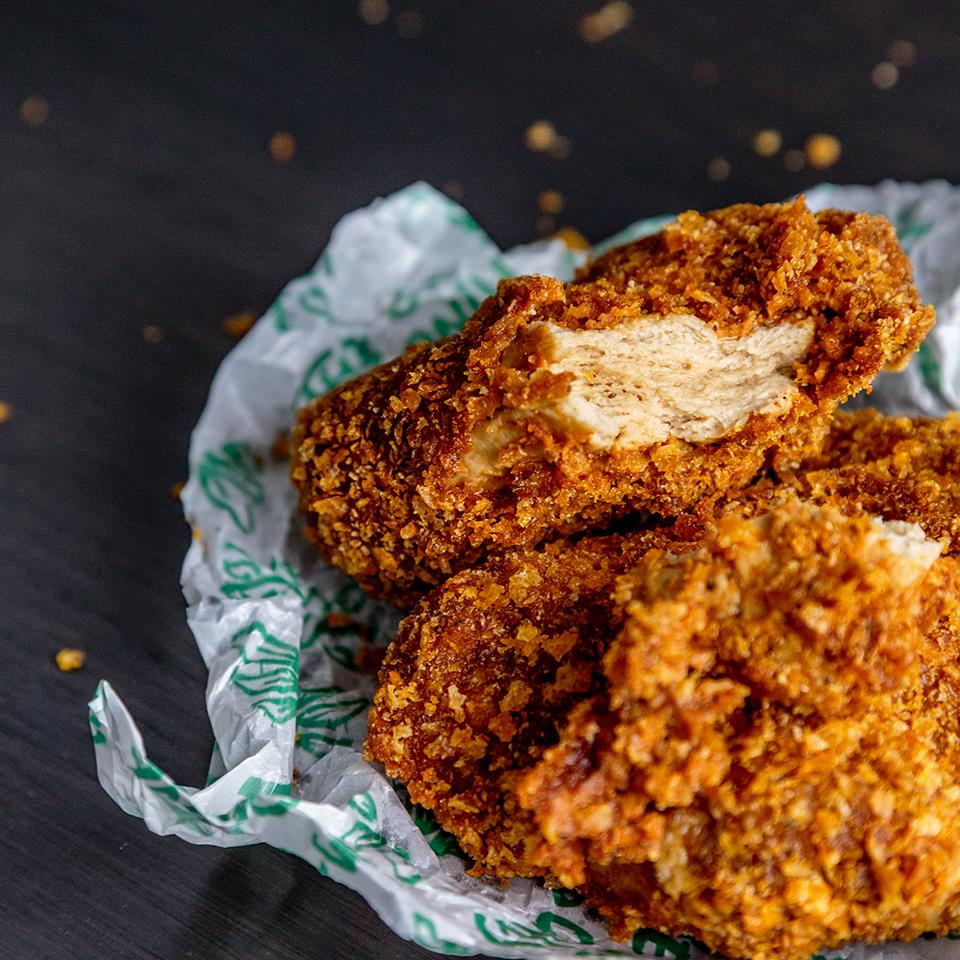 Vegan chicken by VFC. (Credit: VFC)Veganism more accurate than plant-based
The term plant-based has been widely adopted as the go-to phrase to describe vegan and vegetarian products.

The thinking behind dropping “plant-based” is instead to focus on “vegan” – a term which major brands have deliberately steered clear from because they believe it can deter mainstream consumers who enjoy eating meat.

The idea of “plant-based” and indeed it’s success, is to appeal to as wide a range of consumers as possible, including meat eaters who are looking to either reduce their meat intake and/or adopt a flexitarian diet. Oftentimes, they still want products that cook, smell and taste like meat – with the texture and mouthfeel to match.

Company values
VFC insists it’s strategy has always been (and always will be) to emphasize the “vegan” element of their business and products. Hence the way that it stresses the food activism side of the company.

Like many other vegan or plant-focused companies, VFC came about in response to the increasing loss of biodiversity, the rapid onset of climate change, the carbon emissions associated with livestock production, the ethics of factory farming, forest destruction and much more.

The vegan fried chick*n company has been growing in UK retail and foodservice since launching in December 2020, as well as expanding into Spain, and has attracted more investor interest as a result.

In March, VFC Foods secured US$3.4 million in seed funding to scale up production and accelerate growth in the UK market and expand its overseas reach.

Speaking to FoodIngredientsFirst at the start of the year, Glover explained: The environmental evidence of the impact of animal agriculture gets stronger and more worrying by the day. This is driving institutions, retailers and individuals to make changes – either reducing the amount of meat in dishes or removing it altogether.”