You are in : All News > Ajinomoto completes construction of packaging plant for umami seasoning in Myanmar 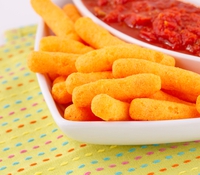 14 Sep 2017 --- Myanmar Ajinomoto Foods (MAF), an affiliate of Ajinomoto Co., Inc. has invested approximately US$10 million to build a packaging plant for umami seasoning AJI-NO-MOTO that began full-scale operation in August of this year and started sales in Myanmar. A completion ceremony is scheduled to be held at the site on September 19. By strengthening its marketing activities along with the start of local packaging, MAF will accelerate its business expansion in Myanmar.

In 1996, Ajinomoto Co. established Myanmar Ajinomoto Industry Co., Ltd. in Yangon to package and sell AJI-NO-MOTO, but due to changes in business conditions, the company suspended business activities in April 2000.

In light of progress in Myanmar’s policy of opening up its economy since 2011, exports of AJI-NO-MOTO from Ajinomoto Co., (Thailand) Ltd. for sale in Myanmar began in 2012. Due to further progress of the country’s economic openness since then, Ajinomoto Co. newly established MAF in February 2016 and has been preparing to restart local packaging and sales. Click to Enlarge

Myanmar has a population of approximately 51 million and a GDP growth rate of approximately 6.3 percent (Japan External Trade Organization estimate for 2016), with high economic growth forecast to continue. With annual umami seasoning consumption of approximately 52,000 tons (a year-on-year increase of 2 percent; Ajinomoto Co. estimate for fiscal 2016), Myanmar is a highly promising market in the ASEAN region with a market scale following Vietnam, Indonesia and Thailand. Umami seasoning is widely used in households in Myanmar, mainly for curry dishes.

Backed by these changes in circumstances and the market situation in Myanmar, Ajinomoto Co. restarted local packaging and sales of AJI-NO-MOTO through MAF. Since August, MAF has been conducting sales of three sizes – 50g, 250g and 500g packages – in Yangon. MAF will successively expand its sales to Mandalay and elsewhere, with the intention of covering all of Myanmar in the future.

The realization of local packaging will enable MAF to leverage the advantage of Ajinomoto Co.’s direct cash sales experience in the ASEAN region, which it had previously been unable to do, and to conduct its own marketing activities, including advertising.

26 Nov 2020 --- The US food scene has become a source of inspiration for Lallemand, which is integrating traditional Memphis flavors to develop its yeast products with a... Read More

02 Nov 2020 --- Kerry is embarking on a new campaign, Explore Umami and Kokumi, that invites food product developers to access the company’s extensive resources on the two... Read More

16 Jul 2020 --- Solar Foods, a producer of protein “made from thin air” has released an online interactive map, which enables viewers to see the best locations for... Read More