You are in : All News > ADM pursues agro merger with Bunge 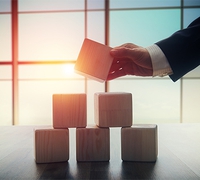 22 Jan 2018 --- US agribusiness Archer Daniels Midland (ADM) has approached Bunge about a potential takeover, which could set up a bidding war with Swiss-based rival Glencore Plc. The takeover could combine two of the world's four largest grain trading houses. ADM's approach comes just months after commodities trader Glencore proposed a partnership with Bunge, setting the scene for a bidding war.

Large grain traders that make money by buying, selling, storing and shipping crops have struggled in recent years with global oversupplies. Thin margins have squeezed core commodity trading operations, including those of ADM, Bunge, Cargill and Louis Dreyfus Co, which together are known as the “ABCDs” and dominate the industry.
ADM is understood to have approached rival Bunge amid challenges in global grain trade mainly caused by oversupply.
Bunge, which is incorporated in Bermuda, has no bylaws that would allow it to fend off an unsolicited approach, making it vulnerable to a potential takeover.
This comes after Anglo-Swiss multinational Glencore made an “informal” approach sparking possible takeover speculation back in May last year.
However, despite Glencore confirming an approach was made by its non-consolidated agriculture joint venture GAL to Bunge regarding a “possible consensual business combination,” Bunge did not engage in business discussions and stressed its commitment “to continuing to execute its global agri-foods strategy and pursuing opportunities for driving growth and value creation.”
Bunge, which has a market capitalization of US$9.79 billion, closed up 11.4 percent at US$77.56 on Friday. ADM has a market cap of US$22.64 billion.
ADM said it does not comment on “rumors or speculation,” while Bunge did respond to FoodIngredientsFirst by saying: “We don't comment on market rumors”, so both companies remain tight-lipped on the situation.  Glencore was not immediately available for comment. The Wall Street Journal first reported on ADM’s interest in Bunge last Friday (January 19).
Both ADM and Bunge have not made any official comment to the media, neither have they released any press information, but “people familiar with the matter” are believed to have spoken to The Wall Street Journal and there has been a wave of other US reports centered on the possible take over talks, although as of yet no real detail has emerged.
Incorporated in Bermuda and headquartered in White Plains, US, Bunge is an international soybean exporter and is also involved in food processing, grain trading, and fertilizer.
Over the last few years ADM has refocused on diversification. In October 2012 it sought to acquire strategic holdings to support serving Asian markets through the acquisition of GrainCorp, an Australian grain firm with a network of storage and port facilities in Australia. But this acquisition was blocked by the Australian Treasurer.
Then in 2014, the company said that it will buy Swiss-German natural ingredient company Wild Flavors for US$3 billion, a move aimed at diversifying the company and helping brands appeal to consumers who increasingly favor foods with natural ingredients and flavorings.
And in October 2015, ADM announced the sale of its global cocoa business to Olam, which was valued at approximately US$1.2 billion.
By Gaynor Selby & Elizabeth Green

At ADM, we unlock the power of nature to provide access to nutrition worldwide. With industry-advancing innovations, a complete portfolio of ingredients and solutions to meet any taste, and a commitment to sustainability, we give customers an edge in solving the nutritional challenges of today and tomorrow. We’re a global leader in human and animal nutrition and the world’s premier agricultural origination and processing company. Our breadth, depth, insights, facilities and logistical expertise give us unparalleled capabilities to meet needs for food, beverages, health and wellness, and more. From the seed of the idea to the outcome of the solution, we enrich the quality of life the world over.

Spotlight on snacks: Plant-based preferences are rising, focus on health and better-for-you options

21 Jun 2021 --- Propelled by the COVID-19, consumers are taking a more proactive approach to their holistic well-being, which is impacted by what they are seeking in snacks.... Read More

03 Jun 2021 --- ADM Ventures, the corporate venture capital arm of ADM, will collaborate with the Genesis Consortium to help accelerate the scale-up and commercialization of... Read More

27 May 2021 --- Global agribusiness and food ingredients company Bunge has made new strides in sustainability, detailed in its 2021 Global Sustainability Report. However, the... Read More

24 May 2021 --- The natural colors space continues to gather speed in its shift toward close-to-nature ingredients, which are phasing out artificial dyes. Aside from this, there is... Read More