You are in : All News > Acacia gum stabilizes color in wine, finds Alland & Robert 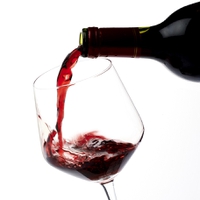 23 Jun 2020 --- Alland & Robert, international supplier of acacia gum, and Biolaffort, a private enology researcher, have teamed up to understand the properties of the 100 percent plant-based natural gum, sometimes referred to as gum arabic. Acacia gum, which is used throughout the food industry to generate texture, emulsify and stabilize, is widely used in winemaking. Its presence, even in small amounts, has been shown to preserve the color of wine, and in the long term, limit the appearance of sediment by stabilizing the coloring matter. Thanks to the collaboration, a deeper technical understanding can be formed, which builds on the tradition of using acacia gum in wine throughout southern Europe’s winemaking countries.

“The global wine market has been growing in the last years and is expected to keep growing, driving demand for acacia gum. The evolution of consumer choices in wine is also driving demand, with younger consumers like Millennials enjoying wines with deep red shades,” Violaine Fauvarque, Marketing Manager at Alland & Robert tells FoodIngredientsFirst.

When white or red wine ages, its color changes to gradually become more coppery or amber, reducing its brightness. The polyphenols in wine initiate oxidation phenomena that modify its color, explains Fauvarque. “The addition of acacia gum makes it possible to limit or even avoid this phenomenon and to preserve the color of the wine over time.”

“Gum has been used empirically since the 1930s, but we did not know precisely the mechanisms of action on a colloidal scale that stabilize the coloring matter of wines – hence the ambitious research contract to elucidate the physicochemical mechanisms behind the effectiveness of acacia gum and to highlight its properties in this very special application,” explains Virginie Moine, Scientific Director at Biolaffort.

Researching the role in wine
A three-party collaborative contract between Biolaffort, a private wine research group, the University of Montpellier SupAgro in France and Alland & Robert made it possible to demonstrate and explain the stabilizing properties of acacia gum via an in-depth study of the phenomena involved in the stabilization mechanisms.

“Acacia gum has the distinction of being extremely effective at almost infinitesimal doses of use (0.5 g / liter of wine on average),” highlights Moine.

Acacia gum helps stabilize wine through the electrostatic binding of Ca2+, the diver of wine instability, according to findings from the collaborative study published last year. In addition to stabilizing color, “acacia gum also significantly improves the balance and mellowness of wines, especially those with very strong acidic or aggressive notes,” notes Jaouen.

In enology, the addition of acacia gum has been formalized since 1972 by the International Code of Oenological Practices from the International Organization of Vine and Wine and is practiced before bottling. European wine makers are not required to include acacia gum on the label, adds Jaouen.

Acacia gum is secreted naturally on certain varieties of acacias and is collected following an incision on the trunk of wild trees located in the south of the Sahel in Africa. Its many advantages, such as its resistance to acidity and heat, its low caloric intake and its high fiber content are well known in the food industry and make it an additive used in many everyday consumer products.


Alland & Robert is an international leader manufacturer of natural tree exudates, with a strong focus on acacia gum, an entirely natural additive or ingredient.  Alland & Robert offers its clients the best natural gums thanks to a large network of raw material suppliers to ensure safety of supply, an ambitious quality insurance policy and international certifications, a dedicated R&D team and partnerships with internationally recognized universities and a commitment towards sustainability and active corporate responsibility policy.

Alland & Robert offers both senegal and seyal grades of gum acacia, useful for many applications:

Furthermore, Alland & Robert is the leader of gum karaya, mainly used in the pharmaceutical industry.

As an expert in gum acacia and gum karaya, Alland & Robert offers extensive products and services:

The sugar reduction trend has evolved as consumers demand more out of multifunctional and balanced recipes. FoodIngredientsFirst speaks to industry experts from... Read More

WeissBioTech has launched a complete and refreshed portfolio of enzymes for winemaking. The Germany-based company’s portfolio consists of ready-to-use enzyme... Read More