You are in : All News > US Leads Surge in GMO-Free Labeling in NPD

US Leads Surge in GMO-Free Labeling in NPD 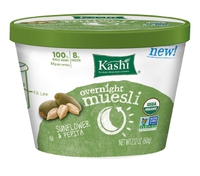 20 Oct 2015 --- With ongoing interest in clean labeling and greater transparency, the free-from category is continuing to grow globally and, in addition to the high-profile developments in areas such as lactose-, dairy- and gluten-free foods and drinks, there has also been a marked upturn in interest in GMO-free or non-GMO products.

In terms of product activity, launches featuring GMO-free claims and labeling remain relatively limited on a global scale. Over 13% of launches recorded by Innova Market Insights in the 12 months to the end of June 2015 were marketed on an additive-free or preservative-free platform, while 7.8% were marketed as organic and 6.3% as natural. At the same time just 4% used GMO-free labeling, although this was a significant rise year-on-year, driven mainly by rising levels of interest in the US. Over the 12-month period, the US accounted for 43% of global launches using GMO-free claims, moving ahead of the EU on 39%, despite the much larger number of countries involved in the latter region.

According to Lu Ann Williams, Director of Innovation at Innova Market Insights, the use of genetic modification has become an issue in recent years in the US in particular, where there has traditionally been only limited consumer resistance to GM foods. “While GM foods have to be labeled in other parts of the world, including the EU,” she reports, “this has not been the case in the US to date. After rising levels of concern, the growing use of GMO-free labeling and the development of schemes such as Non-GMO Project Verification, some US states started to discuss introducing their own legislation and there is currently also a move for USDA to create its own voluntary non-GMO certification program.”

Bakery products and snacks lead in terms of numbers of global GMO-free introductions, accounting for 12% and 11%, respectively, reflecting the significance of GM ingredients in sectors using high levels of cereals for food. While these two product categories led in terms of introductions overall, cereals led in terms of share, with over 13% of launches of breakfast cereals and cereal bars featuring this type of labeling, compared with 7.4% for snacks and 4.6% for bakery products.

There has also been relatively strong interest in non-GMO labeling in the dairy industry, where a natural image has traditionally been important and there is already ongoing activity in organic and pasture milks. There is a strong link between organic and GMO-free certification, with many products using both types of positioning. In the US, these include leading organic dairy producers such as Stonyfield Farm and Organic Valley, as well as non-dairy drink lines such as blue Diamond’s Almond Breeze and white Wave’s Silk. The leading US Greek yogurt brand Chobani is also certified non-GMO.

Dairy products have also been one of the key areas for non-GMO or GMO-free labeling in Europe, where, despite compulsory EU regulations on labeling of genetically modified foods having been in force since the 1990s, there has still been ongoing pressure to verify and more easily identify non-GMO options. This has been led by countries such as Germany and Austria. Dairy launches using a GMO-free positioning accounted for nearly 28% of Austrian dairy introductions in the 12 months to the end of June 2015. This compared with 3.2% in the EU as a whole, just over 5% globally and just under 10% in the US.

A decade after the first Veganuary in 2014, businesses are building into the one-month vegan trend with special holiday NPDs. Last year’s campaign attracted 1,560... Read More