You are in : All News > UK MPs Urge Department of Health to Improve Medicine Labeling 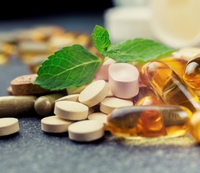 09 Mar 2017 --- A group of MPs has called for better medicine labeling after it was revealed that almost 75% of the most commonly prescribed medicines in the UK contain animal-derived products.

The All-Party Parliamentary Group on Vegetarianism and Veganism has urged Secretary of State for Health Jeremy Hunt to set guidance surrounding the labelling of medicines after Brexit.

Not long after the £5 note controversy, vegan activists once again are encountering hidden animal products in everyday items – this time, in medications.

The APPG on Vegetarianism and Veganism - which is co-sponsored by The Vegan Society, Vegetarian for Life and the Vegetarian Society – comprises the Labour MPs Christina Rees and Kerry McCarthy; Conservative MP Henry Smith; and Green Party Peer Baroness Jones of Moulsecoomb.

In a letter addressed to Mr Hunt, the group appealed for any already-existing animal-free alternatives to prescription products to be brought in across the board.

The group also asked for guidance for medical professionals about seeking consent when using animal-based medicines, as well as guidance for manufacturers in relation to food-style labelling of medicines containing ingredients of animal origin.

Tom Kuehnel, our Campaigns Officer, said: “Vegans are careful to avoid the use and consumption of animals, or animal-derived ingredients, however, I think most would be surprised to find out that many common medicines are not vegan, and therefore the taking of them is not in line with their beliefs.”

At the APPG’s first meeting in December, consultant gastroenterologist Dr Kinesh Patel revealed that his research, published in the British Medical Journal, found that 74 out of 100 of the most commonly prescribed medicines in the UK contain animal-derived products.

For instance, gelatine is widely used to encapsulate medications. Dr Patel found instances where gelatine was used but in some cases the product assessment reports did not mention that they contained ingredients of animal origin, and in others they wrongly stated that the product contained no animal-derived ingredients at all.

This is not only a problem for the UK’s 1.7 million vegans and vegetarians but also for the millions of others do not consume or use animal-derived products for medical reasons (e.g. lactose intolerance or allergies) due to religious, cultural or ethical concerns.

After the APPG meeting Dr Patel said: “I don't think most people were aware of how much animal products are an integral part of pharmaceutical manufacture.

“The sadness is that much of it is not necessary – gelatine-free capsules are available, and they certainly don’t need to be used, but as with much of medicine, it's the cheapest cost item.”

Dr Patel added: “Without public pressure to change things I think it’s unlikely that we’re going to see significant change for something that should happen and I think can happen.”

Clear labeling has become an important issue not just regarding food but also medicine.

“No sacrifice to indulgence”: Lindt launches vegan chocolate in Germany

07 Aug 2020 --- Lindt, known as an indulgent chocolatier, is launching a vegan chocolate range made from oat milk. The latest chocolate bars are part of the Swiss chocolate and... Read More