You are in : All News > Something fishy going on? Canadian food fraud paper finds “evidence of unscrupulous behavior and mislabeling” 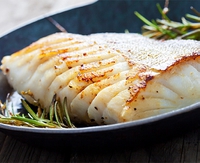 11 Feb 2019 --- Researchers have been examining how widespread fish mislabeling is in Canada and what the country needs to do to combat food fraud. Canada has an issue with fish mislabeling, but those problems persist throughout the supply chain, according to a first-ever study of its kind from University of Guelph researchers.

They found that 32 percent of fish were mislabeled and the number of incorrectly identified samples became compounded as the samples moved through the food system. Lead professor, Robert Hanner is calling for the government to enforce tougher labeling regulations in a bid to clamp down on unscrupulous behavior and deliberate fraud that is penetrating the supply chain.

Published recently in the journal Food Research International, the study was conducted in collaboration with the Canadian Food Inspection Agency (CFIA).

Speaking to FoodIngredientsFirst, Professor Hanner, explains how the findings reveal that mislabeling happens before fish are imported into Canada, as well as throughout the supply chain.

“We’ve been documenting the existence of seafood fraud both in Canada and internationally for more than a decade, but have only been able to access samples from retail and food service establishments,” he says. “This fails to address the question of where in the supply chain fraud occurs, which is the purpose of this baseline survey which involved the testing of samples being imported into Canada and secondly at processor/wholesale and at retail.”

Industry is at risk from mislabeled product coming into Canada, and the fact that the level of mislabeling compounds within Canada suggests some mislabeling occurs there too. “Hence it seems we have both risk to brand reputation and evidence of unscrupulous behavior as well,” he says.

“It seems it's not isolated to foreign markets but it's also happening at home. The CFIA has partnered with us to actively find solutions to this persistent problem,” Professor Hanner notes.

Researchers identified the samples using DNA barcoding. Developed at the University of Guelph, DNA barcoding allows scientists to determine species of organisms using a short, standardized region of genetic material. The findings revealed 32 percent of the samples overall were mislabeled. The mislabeling rate was 17.6 percent at the import stage, 27.3 percent at processing plants and 38.1 percent at retailers.

“As a science-based regulator, the CFIA works with an array of partners to address mislabeling and promote compliance within industry,” says the CFIA's Deputy Chief Food Safety Office, Dr. Aline Dimitri. “It is only through our collective efforts that we will be able to tackle this global issue.”

“It's either economically motivated, meaning cheaper fish are being purposely mislabeled as more expensive fish. Or it's inconsistent labeling regulations between countries and the use of broader common names being used to label fish instead of scientific species names that are leading to mislabeling,” he says.

“If it were a random mistake sometimes you’d get the expensive stuff when you buy the cheap stuff – but this rarely happens – it's typically the other way around,” Professor Hanner adds.

Part of the problem stems from the price differential of various fishes and the fact that once filleted/processed they are visually very challenging to tell apart, he notes.

“This makes deception easy because there is a low chance of detection. A second challenge comes from the lack of harmonization among regulatory frameworks (e.g. between Canada and the US) where there is a lack of equivalence in naming conventions and the fact that industry operates on an increasingly global scale.”

In both Canada and the US, fish are labeled using a common name rather than a specific scientific name. For example, a variety of species may be sold as tuna, although different species can significantly vary in price.

“It creates ambiguity and opens the door for fraud or honest mistakes,” Professor Hanner adds. “It also makes it more difficult to track species at risk or indicate if a fish is a species that has higher mercury content. At the end of the day, Canadian consumers don't really know what type of fish they are eating.”

That might help curb the problem with fish imports, Hanner says, but this new study shows a need for verification testing at multiple points along the supply chain.

“The next step would be to follow one package from import to wholesale to retail and see what happens. We should be following the European lead to include scientific names on the labels.”

01 Sep 2020 --- Ocean lobby groups and NGOs have been left reeling following the latest European Commission proposal for Baltic fishing limits for 2021. While they welcome plans to... Read More

13 Aug 2020 --- Plant-based nutrition leader Upfield will introduce on-pack carbon labeling on 100 million packs of its spreads, margarines, butters and creams by the end of 2021.... Read More

29 Jul 2020 --- Combining lentils and beef is a winning combination for building a better burger. That is according to a recent study, funded by Lentils.org and Pulse Canada, which... Read More