You are in : All News > Rise of the Flexitarian Consumer Creates New Market Opportunity 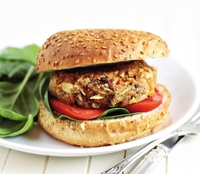 The trend towards reducing meat intake in the diet has led to the emergence of new opportunities to target vegans, vegetarians, non-meat eaters and non-red-meat eaters. New opportunities are emerging too for so-called flexitarians, who mainly eat a plant-based diet, but do occasionally eat meat. Strategies to harness the power of the flexitarian consumer will be among the key trends presented by Innova Market Insights at the IFT 2016 Taste The Trend pavilion in Chicago (booth #2884).

“This trend represents a growing opportunity for high-quality meat alternatives, which is also being reflected in the 24% average annual growth in global meat substitute launches recorded between 2011 and 2015,” reports Lu Ann Williams, Director of Innovation at Innova Market Insights.

Williams told FoodIngredientsFirst: “We did some research on the trend and we asked consumers whether they eat meatless meals once a week or more? The biggest group to say so were Germans and this is a really interesting insight. This is the market that is leading the world in terms of innovation and meatless consumption.”

Germany is currently leading the flexitarian trend, with high levels of innovative NPD in meat alternatives and meat substitutes, and 69% of consumers claiming to eat meatless meals once a week or more.

“In the UK , 53% of consumers are claiming to eat meatless meals once a week, so there is still a lot of opportunity there,” says Williams.

The US is lagging behind on just 38%, although 120 million Americans do already eat meatless meals, so this must represent a major opportunity.

The trend towards flexitarian, vegetarian and vegan diets has accelerated the move toward the use of plant-based proteins as meat substitutes. The majority of meat substitutes are still soy- or wheat-protein based, but products are evolving with alternative protein ingredients such as egg, pea, ancient grains and nuts.

“We also found that consumers see dairy as a good alternative to meat, 49% of consumers opt for  breaded cheeses or grilled halloumi for example,” says Williams,  “What is also happening is that we have more or a segmentation in the market, we have substitutes and various NPDs in the alternative meat sector.”

“Paradoxically, another key area of opportunity in meat substitutes may be in targeting meat eaters as much as vegetarians,” notes Williams. “While many vegetarians may opt for a diet rich in vegetables and beans, meat eaters may turn to meat substitutes if the product is right. Instead of just finding alternatives, technological solutions also need to be focusing on the development of meat substitutes closely mimicking the taste and texture of meat products.”

“The Impossible Burger has gained a lot of interest in media attention recently, with flexitarians looking for something that has that meat feel but is made from plant based produce,” she added.

This July, the Impossible Burger will become available for public consumption for the first time. The company, Jardinière, a tony San Francisco restaurant, will begin by offering burgers on special occasions, while a small number of restaurants will start selling the Impossible Burger later this summer, starting in New York. Production is limited – the company could manufacture a million pounds this year, less than a tenth of a percent of US beef consumption – so the rollout is calibrated to target high-end diners first. According to Impossible Foods, the retail price has not been set.

13 Apr 2021 --- When assessing consumer response to bakery, it is impossible to put bread and cakes in the same basket. New research from Innova Market Insights reveals that bakery... Read More

08 Apr 2021 --- By copying the most important protein component of milk, casein, any kind of cheese can be recreated to be plant-based in the future. That is according to Those... Read More