You are in : All News > Non-EU countries fear being “crowded out” of trade with UK and EU following Brexit 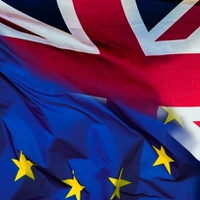 18 Nov 2019 --- Global agri-food trade implications stemming from the UK’s pending exit from the EU have been flagged by 15 World Trade Organization (WTO) members, who are demanding compensation from the UK and EU over the commercial disruptions. The non-EU states have expressed concern over the UK and EU’s proposed apportioning of their tariff-rate quotas (TRQs), which offer lower tariff rates up to a certain import level. The countries argue that this may constrict trading opportunities with both attractive markets.

“We believe that both the EU and UK must proceed with compensatory adjustments that factor in the significant commercial losses, and to maintain a general level of reciprocal and mutually advantageous concessions,” stresses Australia’s delegation. This was put forward at a recent meeting of the WTO’s Goods Council in Geneva, Switzerland.

“Compensatory concessions should be provided to affected WTO members for loss of market access. Australia cannot accept the assertion by both the EU and the UK that no compensation is required,” the delegation adds.

Existing EU TRQs have been calculated on the basis of the UK’s membership and participation in the bloc’s single market. Following Brexit, these are to be split among the EU’s 27 member states and the UK. Australia underscores that both the UK and EU have proposed allocations of quotas that would add up to less favorable access to these large markets than what Australian exporters currently have. The repercussions of this move concern Australia’s country-specific quotas for beef, buffalo, sheep and goat meat, cheese, sugar and rice.

Australia is currently negotiating a deal to trade with the EU, while also looking into a free-trade agreement with the UK. The country’s assertion that Australian farmers have already incurred losses and may continue to do so following Brexit, garnered support from 14 countries including the US, India, New Zealand, China and Canada at the WTO Goods Council meeting.

The US reiterated concerns of trade complexities, noting, “If the UK and EU-27 are subject to the same TRQs the rest of us face, then we will be quickly crowded out and face a loss of access to both markets.”

Other significant WTO members, including China, Canada, Mexico, Japan, South Korea and India, have used the platform of the Goods Council meeting to express similar concerns and call for some degree of recompense from the EU and UK if they are bumped out of the countries’ post-Brexit quotas.

“It is hard to see in these circumstances how other WTO members would have much realistic chance of accessing these quotas unless they are explicitly preserved for other WTO members to maintain our existing levels of access, or substantially expanded to account for the large bilateral EU-UK trade in these products,” contends New Zealand’s delegation.

In addition, New Zealand is urging the UK and EU to “maintain existing levels of access,” for non-EU members and ensure “substantially expanded [quotas] to account for the large bilateral EU-UK trade.”

Meanwhile, a spokesman for the UK’s Department for International Trade notes that the country had set out its WTO goods schedule “to maintain the existing balance of rights and obligations between the UK and our trading partners,” adding that the government has begun negotiations with other delegations to modify the TRQs with countries that have objected.

11 Dec 2019 --- Eucolait, the European association of dairy trade, has condemned the imposition of punitive tariffs on EU dairy products by the US as a result of the World Trade... Read More

10 Dec 2019 --- British industry is poised to stimulate export activity among its local businesses, calling this an “untapped potential” in lieu of shortened reliance... Read More