You are in : All News > French Ecology Minister Attacks Nutella Over Palm Oil Use 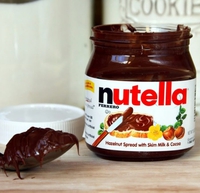 19 Jun 2015 --- France’s Minister of Ecology, Sustainable Development and Energy, Ségolène Royal, has ruffled many feathers in the sustainable palm oil industry this week, by saying that consumers should stop eating chocolate spread brand Nutella, made by Ferrero. The minister, who made the comments on a television show, singled out the product, saying that it is made using palm oil, which contributes to deforestation.

“We have to replant a lot of trees because there is massive deforestation that also leads to global warming. We should stop eating Nutella, for example, because it’s made with palm oil,” she said.

Nutella responded by making a statement on its website saying that all of the palm oil it uses in 100% sustainable.

The Roundtable on Sustainable Palm Oil (RSPO), the leading global organisation promoting the sustainable production of palm oil, is deeply concerned that comments by Royal could harm rather than help efforts to curb global deforestation.

The answer to global deforestation challenges is to source Certified Sustainable Palm Oil (CSPO), instead of conventional palm oil, the RSPO said.

Compared to other oil crops such as soy bean, sunflower or rapeseed, oil palms produce significantly more vegetable oil per hectare of land (4-10 times more). Switching to other vegetable oils may very well result in more forests being converted into agricultural land, not less.

Global demand for vegetable oils continues to increase, growing by over 5 percent a year for more than a decade, and is expected to continue to grow at that rate for the next decade. This growth rate substantially exceeds the United Nations estimate for global population growth of 1.1 percent through 2020.

Oil palm contributes significantly to the global supply of edible oils. In 2013, palm oil and palm kernel oil accounted for 40% of the 169 million tonnes of global vegetable and fruit oils produced. In order to meet this global demand, CSPO must be part of any solution. Using less efficient crops might have severe consequences for the environment.

Halting the use of palm oil in Europe will not solve the worst problems. Many other countries such as China and India will continue using palm oil, with consumption predicted to increase as the middle classes in these countries grow. Developing countries will continue to increase production for growing Indian and Chinese markets, and with diminished pressure for sustainable practice.

Given its scale and ability to influence global markets, a 100% CSPO Europe would encourage more growers to move to more sustainable production practices, while helping make CSPO more attractive and available to other large markets.

RSPO recognises that palm oil’s cultivation is one of the major causes of deforestation in South-East Asia. RSPO was created in 2004 to address this issue and currently 20% of the world’s palm oil production is RSPO certified. RSPO also acknowledges that more needs to be done to improve the credibility of its certification. To this end, the RSPO Board of Governors has recently announced its intention to adopt a set of additional voluntary criteria, aimed at further enhancing the existing certification requirements on peat, deforestation and indigenous people’s rights.

Among our members, said RSPO, Ferrero is one of the leading food manufacturers promoting the use of CSPO. As of 1st January 2015, Ferrero products contain only 100% segregated CSPO. For a large food manufacturer this is a considerable achievement. We encourage other companies to mirror Ferrero’s commitment to sustainable palm oil sourcing.

30 Jul 2021 --- Ferrero has reached its goal to source 100 percent of its refined cane sugar sustainably. As global sugarcane production increases, it brings a range of... Read More

26 Jul 2021 --- The plant-based space is boosted by new innovations in vegetable fats and oils designed to optimize mouthfeel for meat and dairy substitutes. While overall... Read More