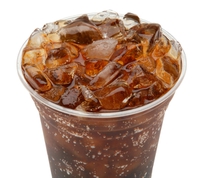 24 Aug 2015 --- Coca-Cola has officially broken ground on its 45th production facility in China this week as part of a $4 billion investment in the key market. The $56 million plant in Hebei Province will have a produce up to 250 million unit cases of sparkling and still beverages. Upon completing its construction first phase in 2017, the plant will have four production lines, which will add 100 million unit cases to existing annual production capacity in northern China.

“China is our third-largest market by volume and is critically important to the future growth of our business,” said Coca-Cola Chairman and CEO Muhtar Kent, who spoke at the groundbreaking ceremony. “We are committed to investing here and growing here for the long term. Apart from infrastructure and system capability building, the new investments will focus on enhancing consumer experiences through improved marketing and local activations with our loyal retail partners.”

Earlier this month, Coca-Cola began construction on another new plant in Changsha, Hunan Province. Both new facilities are part of the Coca-Cola system’s current $4 billion investment plan which began earlier this year, building on $9 billion of investment made in China between 1979 and 2014.

In the coming years, The Coca-Cola Company and its local bottling partners – COFCO Coca-Cola Beverages, Swire Beverages and Coca-Cola Bottling Investments Group China – each will invest in production, distribution, marketing and more to drive long-term growth in the market.

The Coca-Cola Company has continued to record volume growth in China, with 6 percent growth in the second quarter of 2015. The company’s flagship brand also had robust growth, with volume up double digits in the same period.

In its first-quarter sales report for 2022, Nestlé reveals it has raised prices for its food and other FMCG products by 5.2% to counterbalance the surge in global... Read More

Coca-Cola’s “Creations” pipeline is unveiling “the first-ever Coca-Cola flavor born in the metaverse.” Appealing to the virtual community... Read More