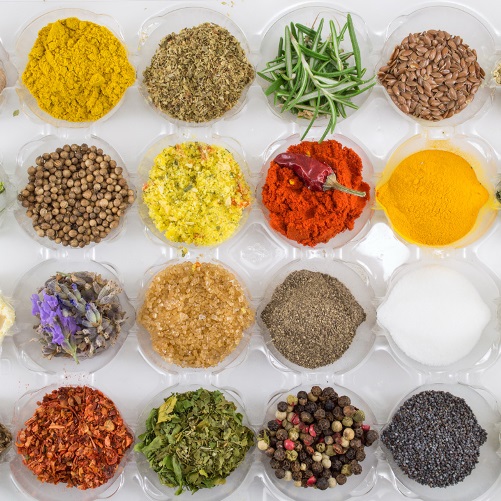 Jim Zallie took up the role of CEO at major ingredient supplier Ingredion at the start of 2018. The US-headquartered supplier was formed back in 2010 when the two major players of Corn Products International and National Starch merged. Since then it has become a leading ingredient player that functions as one of the major consolidators in the industry, with acquisitions including the purchase of Penford in 2014. Ingredion used the recent IFT Food Expo in Chicago to highlight how concentrates producer Kerr Concentrates, which was acquired in 2015, and hydrocolloids supplier TIC Gums, acquired at the end of 2016, added scope and portfolio synergies to the business. The Ingredion, TIC and Kerr brands were showcased together on a single booth for the first time this year.

Displaying Results for : Latest Podcasts | All

In F&B developments this week, the European Flavour Association (EFFA) hosted a Virtual Flavor Day to explore how taste and c can set the tone for Europe and drive more sustainable choices. In the alt-protein arena, food-tech start-up Kingdom Supercultures made moves to scale next-gen “supercultures” for... Read More

This week, advancements in responsible meat production were made. Meanwhile, China’s cell-based meat revolution is on the cusp of becoming the next big tech boom and the European Vegetarian Union called upon the European Commission to harmonize vegetarian and vegan food labeling rules.

In F&B developments this week, ADM’s second annual list of global consumer trends. Flavor house Givaudan launched an ashwagandha extract for mood-elevating F&B products in response to the social media buzz around the “rising star of Ayurveda.” In the UK, the British agri-food sector welcomed the nation’s... Read More

This week, pea protein suppliers are tackling soaring prices amid the “worst drought in over a century.” Meanwhile, advancements in cultivated meat and sustainable cocoa farming were also spotlighted.

In F&B developments this week, Hollywood A-lister Leonardo DiCaprio invested an undisclosed sum in cultivated meat start-ups Mosa Meat and Aleph Farms to help “usher in a new age of meat production.” Eight start-ups, from Japan to Estonia to Israel, joined the ProVeg Incubator in a cohort with a narrowed... Read More

Catch up on the key industry stories from the past week. This week’s NewsBite episode includes highlights from the cell-based meat and seafood space as industry titans join forces to create a super hub. Alternative proteins are also highlighted, as are all the latest acquisitions, investments and ingredient... Read More

This week, advancements in alternative proteins were spotlighted. Givaudan opened a new European hub to keep up with increased demand for meat-free protein. Meanwhile, Cargill inaugurated a US$150 million pectin production facility in Brazil and beef exports to China were halted from Brazil following a mad... Read More

In F&B developments this week, a new survey found almost half of UK businesses are “oblivious” to upcoming allergen labeling legislation under Natasha’s Law. Europe’s livestock sector hit back at a rising tide of vegan activism, which has spurred the launch of the international Plant-Based Treaty and a... Read More

Layn Natural Ingredients continues its expansion in botanicals with a boost to its portfolio of Non-GMO Project Verified botanical extracts. Flavorchem is helping brands tap into the booming hard seltzer trend with a new line of clean label flavors. Cargill is set to acquire Aalst, a Singapore-based... Read More

This week, a flurry of acquisition activity within major meat sectors was flagged – the latest being Cargill and the Continental Grain Company moving to buy chicken producer Sanderson Farms. Barry Callebaut launched a scorecard to define and develop sustainable practices in coconut production, together with... Read More

This week, the “pingdemic” that has been accelerating across Britain, causing issues in supply chains. The UK could see escalating food prices during the next few years, according to the Food and Drink Federation. Meanwhile, Israel’s prime minister has warned Unilever of “severe consequences” after its... Read More

Demand for functional food continues to grow with more and more consumers looking for foods with a specific health benefit. Join Swati Kalgaonkar, Associate Director, Nutrition Research Programme at the Almond Board of California and Lu Ann Williams, Global Insights Director at Innova Market Insights as they... Read More

«12345...10»
x
The current window is too small to properly display this website. Please consider resizing your browser window.