You are in : Sugar Campaigners Demand More Reformulations 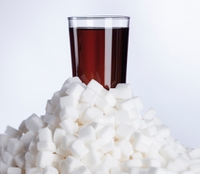 26 Oct 2016 --- Campaign group Action on Sugar is calling on manufacturers to reformulate products that appeal to kids, drastically cut sugar levels so Britain can become a world leader in sugar reduction and stave off the obesity crisis which is facing the UK population and over-burdening health services. The watchdog is urging companies to support Public Health England’s voluntary reformulation program to fight childhood obesity and do more to reach the government’s target of a 20 percent reduction in sugar by 2020.

After UK Prime Minister Theresa May officially launched the Childhood Obesity Plan in August, Action on Sugar began to survey foods commonly consumed by children like breakfast cereals, yogurts, biscuits, cakes, confectionery, pastries, ice creams and chocolate spreads. They gathered data from the products on sale at retailers across the UK and showed that products containing low sugar levels are in plentiful supply.

By using the FoodSwitch app, nutritional information was collected on a range of products on the shelves of Aldi, Asda Co-operative, Lidl, Marks & Spencer, Morrisons, Tesco, Sainsbury’s and Waitrose during August and then checked again in September.

The luxury ice cream is part of the Waitrose Duchy Organic range which is a partnership between Waitrose and Duchy Originals. Duchy Originals was originally founded by The Prince of Wales but in 2009, but Waitrose became the owner of the brand license and is responsible for product sourcing and formulation. The brand became known as Duchy Waitrose Organic last year.

This ice cream was singled out as part of the Action on Sugar survey because it contains 14.5g of sugar per 100g - 84 percent more sugar compared with Asda’s smart price vanilla ice cream for instance.

But a Waitrose spokesperson tells FoodIngredientsFirst, how Duchy Organic Vanilla ice cream does not directly market to children and is a high-end product.

“Reducing sugar is a top priority and we have an extensive reformulation program to achieve this, which has already included significantly reducing sugar in chilled juices, cereals, yogurts, soups, cordials and fizzy drinks.”

Reformulation, whereby the sugar and sweetness in products are gradually reduced, is by far the most important strategy to prevent obesity, providing the calorie content is also reduced, says Action on Sugar. But it also wants more companies to reduce portion size and shift purchasing patterns to healthier options.

“The Reformulation Plan is one of the most effective ways of reducing sugar and, if done properly, the UK will lead the world. We therefore urge the Prime Minister, Theresa May, to fully support it and commit the government to both fat reformulation (as it's the biggest source of calories than sugar) and to start restrictions of marketing, advertising and promotion of unhealthy foods,” says professor of cardiovascular medicine at Queen Mary University of London and Chairman of Action on Sugar, Graham MacGregor.

The soft drinks industry at large has been facing the sugar reformulation challenge for several years now against a backdrop of consumer demand for reduced-sugar products. Reformulating a much-loved product by removing the sugar whilst maintaining the familiar taste is a challenge for most companies, but that has not stopped the majority of key players from adding a wealth of no- or low-sugar lines to their portfolios.

As more governments around the world adopt, or plan to adopt, a levy on sugar, the concept of the so-called sugar tax is gaining traction internationally. Several countries, spanning several different continents, cite that taxing sugar is one of the best ways to tackle obesity and the subsequent strain that ever-expanding waistbands are having on global health services. However, while health organizations firmly believe there is a direct connection with taxing sugary drinks and helping to reduce overweight, obesity and associated diseases, others within the food industry oppose this, insisting taxing food and drinks has little effect on public health issues.

Nevertheless a sugar tax will come into effect in the UK in 2018, while Ireland, Portugal and South Africa are planning similar legislation. Laws are already in place in France, Mexico, Hungary and some US cities.

The World Health Organization (WHO) is even officially encouraging governments to impose legislative measures by taxing sugary drinks. It says that rolling out laws around the world would curtail sugar consumption and impact on diabetes rates. Fiscal policies where at least a 20 percent increase is introduced to the retail price of sugary beverages would result in “proportional reductions in consumption”, according to the report, published on October 11.

It talks about lowering the intake of “free sugars” - monosaccharides like glucose and fructose and disaccharides such as sucrose or table sugar as well as sugars naturally present in honey, syrups, fruit juices, and fruit juice concentrates - that are added to foods and drinks. Reducing consumption of these “free sugars” will improve nutrition among populations with fewer people suffering from overweight, obesity, diabetes and tooth decay.

Action in Sugar says the industry - not just the soft sector but all manufacturers -  now has a limited window of opportunity to prove that a voluntary reformulation program can work.

“However, if they do not, we will need to have mandatory targets as called for by the supermarkets. Indeed, a recent poll for the Huffington Post found that 71% of UK adults believe the law should be changed to reduce the amount of sugar in products, such as cereal and yogurts,” it says.

Registered nutritionist Kawther Hashem, researcher at Action on Sugar adds, “Our survey clearly shows that companies can easily make products with much less sugar. Currently they are profiting from selling high sugar foods, which put children at risk of obesity, type 2 diabetes and tooth decay. Unhealthy foods are the biggest cause of death and disability in the UK and it is time the food industry took their responsibility for this seriously.

“They now need to make this a priority and ensure children are not eating three times their maximum intake of sugar.”

Action on Sugar concludes it will be closely monitoring the work of all food companies to ensure they are committed to preventing obesity, type 2 diabetes and tooth decay in future generations.

12 Apr 2021 --- Since the outbreak of COVID-19, consumers have been drawn to comfort foods. They are discovering that healthier reformulations of sweet treats are a way for them to... Read More

09 Apr 2021 --- Symrise is harnessing AI to discover novel flavor modulating ingredients in a plethora of plant varieties. With this technology, the German supplier has looked into... Read More