You are in : ChemChina Delays Deadline for Syngenta Deal Once Again 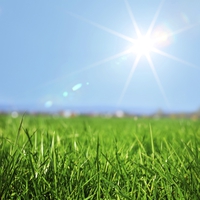 20 Dec 2016 --- China National Chemical Corp (ChemChina) has further extended the deadline of its $43bn offer for Syngenta to March 2 next year. The extension of the deal follows a number of other extensions as the deal seeks regulatory approval in certain markets. ChemChina had previously extended the deadline to January 5 but this latest extension means that Syngenta investors now have an extra two months to tend their shares.

It said today: “As previously stated, extensions to the tender offers are expected to occur until all conditions to the offers are satisfied, including obtaining all applicable regulatory approvals. All of the other terms and conditions of the tender offers remain unchanged. ChemChina is aiming to obtain the remaining outstanding regulatory approvals in the first quarter of 2017.”

The deal has been given the green light from a US national security panel, which removed a significant hurdle as critics had expressed concerns about a Chinese state-owned company becoming a major player in the US food chain.

It has also received the backing from Australian regulators, but is being investigated by the European Commission amid concerns a merger could reduce competition in the market and impact on costs for farmers.

The Commission’s preliminary concern is that Syngenta and ChemChina each have strong partially overlapping portfolios of crops protection products such as herbicides, insecticides, fungicides and plant growth regulators.

These products are used for the cultivation of several of the main crops grown in Europe, including cereals, cotton, corn, fruits and vegetables, oilseed rape, soybean, sugarbeet and sunflowers.

ChemChina’s deal for Syngenta marks China’s biggest overseas acquisition of all time, and comes amid a changing food landscape in China, in which the government is looking to overturn long-held suspicions against GMOs.

As an example of the unease about GMOs, hundreds of Chinese citizens signed a letter protesting about the purchase of Syngenta, marking a rare example of opposition to a state-supported corporate strategy.

They argued that the deal would lead to genetically modified crops being sown across whole parts of the country.

Critics of GMOs in China argue the technology poses dangers to public health and the environment, while those backing GMOs argue that these concerns have not been scientifically proven and, furthermore, high-yield GMOs would help combat food scarcity as the country's population grows.

China expects its population to rise by around 45 million over the next five years to around 1.42bn as it confronts a growing demographic crisis.

GMOs have already arrived in China: a large percentage of the soya beans imported are genetically modified, while the vast majority of locally grown cotton — employing more than 6.6 million farmers — is also genetically engineered.

However, the Chinese feel that by rubber stamping the deal the Beijing government - which wants to get its hands on Syngenta’s valuable GMO-seed plants - is gearing up to gradually loosen laws that prevent the cultivation of any GM varieties of staple food crops.

This move from Beijing comes amid a backdrop in which the Chinese public remains anti-GMOs, with one survey published in the state-backed China Daily finding that more than eight out of ten of respondents consider GMOs unsafe.

In spite of this, the Chinese government, under the rule of President Xi, has launched a major propaganda campaign to change this mindset and usher in an era, which will embrace biotechnology and welcome genetically engineered crops for food.

For more than a year, President Xi has urged his country to take the lead in developing genetically modified crops.

Currently, human consumption of GMO-based food is banned in China except for cooking oil, papayas and imported feed: this is because the Chinese have long-held reservations about the benefits of genetically modified organisms.

Partly this is due to a number of food health scares- which the Chinese equate with GMOs- which have rocked the nation and which have meant that food security is now very high on the agenda.

In 2010, the Chinese were sent reeling when it was revealed that large volumes of cooking oil in China had been found to include grease recovered from municipal drains.

Added into the mix, there have been allegations from environmental group Greenpeace that GMO crops had been illegally planted in the northeast part of the country, while public figures, such political adviser Cui Yongyan, continue to hit out at GMOs, adding to the unrest at GMOs.

30 Mar 2020 --- The number of people with food intolerances is increasing steadily and the intolerance to gluten is at the forefront. That is according to Polygal AG, a Swiss-based... Read More

23 Mar 2020 --- The combination of sugar reduction and fiber trends is bringing an interesting evolution in healthier product development. That is according to Els Vandenberghe,... Read More