You are in : All News > Zoological Society London study flags need to slow biodiversity losses connected to food production 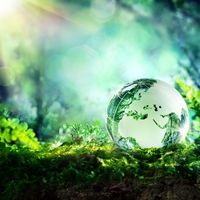 18 Apr 2022 --- Wildlife populations that support food production are under threat, according to a new global study led by Zoological Society London (ZSL).

Wildlife targeted for human use sees a steep decline, but conservation and wildlife management are the best chance to sustain it, the study flags.

The study looks at populations of wild mammals, birds and fish used by humans for food, medicine, recreation, and livelihoods has shown that these species are declining at a much faster rate over time than those which are not.

Wildlife targeted for human use sees a steep decline, but conservation and wildlife management are the best chance to sustain it, the study flags. Tracking species
This is the first time that data has been compiled on wildlife used or relied on by people across all seven continents, showing the status and trends of these species.

Led by ZSL, the study shows that populations are stabilizing and even thriving in the areas where wildlife has been effectively managed.

This demonstrates that targeted conservation efforts can work to slow biodiversity losses and reverse them in the best cases.

The study is the first global indicator of trends in wildlife populations ‘utilized’ by humans, whether this is by hunting, fishing or collecting – and reveals that there has been a steep decline of 50% on average between 1970 and 2016.

It highlights that species from tropical regions in Africa, terrestrial and freshwater species in the Americas, and marine populations from Asia-Pacific are the worst affected.

Integrity of ecosystems
Although much of the world’s biodiversity currently faces drastic threats, including habitat loss and climate change, the study warns that if this downward trend continues for these utilized populations, the multitude of pressures will become completely unsustainable.

This will impact the survival of precious species, ecosystems’ integrity, and the lives of millions of local people who rely on them.

The study also showed that trends were more likely to be stable or increase when populations were being managed with protections or conservation measures, such as through Community-Based Natural Resource Management and sustainable or small-scale fisheries.

“We know that the human use of wildlife can pose a threat to biodiversity if done unsustainably, but this is the first time we have quantified these impacts at the global scale. It is significant because not only are we losing biodiversity at an alarming rate, many people around the world also rely directly on wildlife for their livelihoods,” explains lead author and ZSL researcher, Louise McRae.

“The declines revealed in our study show that current levels of exploitation of wildlife may be unsustainable, but where management strategies are in place, dual benefits can be seen for both wildlife and people, so there are solutions that work,” she notes.

The indicator took two years to create using a data set from scientific papers and reports of 2,944 species from across the seven continents, 1,348 of which were pinpointed as ‘utilized.’

Success storiesThe declines revealed in the ZSL study show that current wildlife exploitation levels may be unsustainable.
Evidence of conservation and management benefitting both people and wildlife can be seen in the case of the Saltwater crocodile (Crocodylus porosus) from the Northern Territory of Australia, where the controlled harvesting of eggs has been an incentive for its conservation.

This work has supported the recovery of the species to similar abundance levels as before numbers first went down.

Community-led conservation initiatives are also prime examples of the efforts needed to tackle the decline of these species. ZSL’s work with communities around Chitwan and Bardia National Parks in India and Nepal to champion local livelihoods and address the competition for grazing between livestock and wildlife aims to support local people to reap some benefit from protecting threatened species that they live alongside.

The sustainable use of resources has been recognized as central to biodiversity conservation. The team hopes that their findings will help inform global biodiversity assessments and provide a baseline to track progress toward the post-2020 global biodiversity framework, a focal point of the long-awaited COP15 conference.

“Our research not only shows how human use affects wildlife population trends in broad terms, it also highlights that effective management can have a positive impact on the populations of used species,” says UNEP-WCMC chief scientist Neil Burgess.

“These are important findings for the global conservation community and efforts to combat global biodiversity declines on the ground, as well as helping to progress urgent international goals to reverse biodiversity loss,” he says.

ZSL is urging governments to ensure that nature and biodiversity loss are part of broader policy decision-making and recognize its interconnections with other environmental issues such as climate change.

National dietary recommendations for animal products should be revised if circular food production systems are taken into account to include environmental sustainability... Read More

The Ministry for the Environment of New Zealand is unveiling a plan for the country to become the first country in the world to tax farmers for their livestock methane... Read More