You are in : All News > Will 2019 be “the year of the vegan”? Record numbers sign up for Veganuary

Will 2019 be “the year of the vegan”? Record numbers sign up for Veganuary 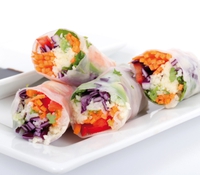 07 Jan 2019 --- Tens of thousands of people from around the world have signed up to try the vegan lifestyle this month with Veganuary, with indications that 2019 could be the year in which vegan NPD truly hits the mainstream. Now in its fifth year, the Veganuary campaign has seen participants more than double each year, according to the UK organization behind it. “The campaign raced past 190,000 people last week and over the past few days people have been signing up every 3.5 seconds,” Rich Hardy, Head of Campaigns at Veganuary tells FoodIngredientsFirst.

Innova Market Insights has hotly tipped “The Plant Kingdom” as its number two top trend for 2019, including the notion of how vegan inspired eating continues to go mainstream.

As part of The Plant Kingdom trend prediction, the market researcher states that “the plant-based market shows no signs of slowing down and companies and brands are greening up their portfolios to attract mainstream consumers who want to add more plant-based options to their diets. For the mainstream consumer, going plant-based is about achieving a healthy and sustainable balance between meat and vegetables, rather than adopting an all-or-nothing way of eating.”

Plant-based growth has been a key theme for several years, but the extent to which it grew into the total mainstream with both vegetarian and vegan options became incredibly prevalent throughout 2018. According to data from Innova Market Insights, there has been a 45 percent average annual growth in food & beverage launches with a vegan positioning (CAGR, 2013-2017).

The Veganuary pledge is run by a UK non-profit organization; Veganuary, who were founded in 2013, and became a registered charity in 2016. Veganuary was founded by Matthew Glover and Jane Land, a couple from the Yorkshire in the UK, who wanted to use their time as effectively as possible to reduce animal suffering.

Veganuary inspires hundreds of thousands of people around the world to try a vegan diet for a month. It takes place all year round, but most people take part in January, after the festive period.

By the end of their month trying vegan, the aim is for participants to know much more about eating a vegan diet, including “how easy and tasty it can be, and about the many positive impacts it can have on animals, the environment and health.” Many people choose to go vegan permanently after taking part, says the organization.

Hardy explains: “The secret to Veganuary’s campaign success has been a combination of its month-long pledge series, its engaging content, the celebrity support it attracts and its non-judgmental approach to getting people to try veganism for the first time. Veganuary is dedicated to changing public attitudes while providing all the information and practical support required to make the transition to veganism as easy and enjoyable as possible.”

“Going vegan in 2018 has never been far from the news headlines and trying the Veganuary pledge is often one of the first references used in backing up the headline itself. But 2019 will be the year of the vegan, particularly because the supply of vegan product available will meet the demand,” he claims.

The Veganuary effect isn’t just mobilizing individuals to explore a plant-based diet;it has also triggered retailers to create new product ranges that aim to taste good, while being price competitive and accessible for consumers, according to the organization.

For anyone trying vegan in January, there is an abundance of substitute meat products, vegan-friendly convenience foods that taste as good as their competitors, says Veganuary. UK retailers have boosted their vegan ranges significantly in 2018, now there is greater awareness on the benefits of animal-free products.

Just in time for the start of Veganuary, Waitrose further expanded its vegan offerings with the addition of fish-free fish fingers.

Launched at the start of this month, Waitrose debuted its own-label “fishless” fish fingers, which are made from breaded seaweed tofu, with a crispy coating and subtle fish flavors, according to the UK retailer. 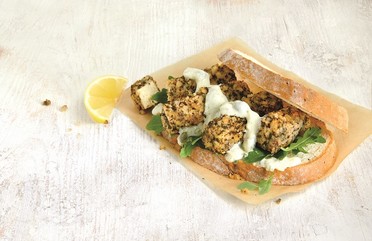 Click to EnlargeWaitrose has launched its own-label “fishless” fish fingers are made from breaded seaweed tofu, with a crispy coating and a subtle fish flavors.

From Courgette Pizza Crusts and Porcini Mushroom Powder to vegan cheese and ready meals – vegan and vegetarian products are growing in popularity with shoppers across Britain, regardless of whether they follow a strict vegan diet or not. Twenty-one percent of people now identify as flexitarian, according to research by Waitrose & Partners in 2018’s annual Food & Drink Report.

Meanwhile, the widely discussed and hotly anticipated vegan sausage roll from the UK’s biggest bakery chain, Greggs, has been launched following a petition for the menu item by international animal rights group PETA (People for the Ethical Treatment of Animals), garnering more than 20,000 signatures.

According to a company statement, “Our new vegan-friendly sausage roll has been designed to mirror some of the sausage roll’s classic features including 96 layers of light and crisp puff pastry, but instead, we wrap it around our own bespoke Quorn filling.”

Virgin Trains also became the UK’s first train operator to offer a vegan menu for its customers on all services across Britain, following The Vegan Society calling on rail companies in the UK in a bid to improve catering for vegans in the travel sector last summer. According to The Vegan Society, the number of vegans in the UK has doubled twice in the past four years: from up to 150,000 in 2014 to 276,000 in 2016, and then to 600,000 in 2018.