You are in : All News > Weekly Roundup: Subway and Beyond Meat partner on plant-based meatballs, “Endangered” American apple makes a comeback 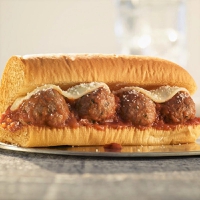 09 Aug 2019 --- This week in industry news, Subway entered a new culinary innovation partnership with Beyond Meat to test exclusive plant-based meatballs, and the sweet-tart Gravenstein apple, an “endangered” American food, was released in a limited edition offering. English Toffee Peanut joined the M&M'S flavor line-up in stores, and Marks and Spencer Group (M&S) announced the completion of its acquisition of half of online retailer Ocado Retail.

In brief: Acquisitions & partnerships
Subway has entered a new culinary innovation partnership with Beyond Meat to test exclusive plant-based protein options. Starting this September and for a limited time only, Subway restaurants will test the Beyond Meatball Marinara sub in 685 participating restaurants in Canada and the US. The new Beyond Meatball Marinara takes its inspiration from the brand's classic sandwich but with a plant-based twist. The sub is served with marinara sauce, Provolone cheese, Parmesan cheese, along with the Beyond Meatball created just for Subway. The sub offers the same flavor as Subway's traditional meatball sub and is packed with protein – 24 grams per six-inch sub.

Marks and Spencer (M&S) has announced the completion of its acquisition of half of online retailer Ocado Retail Ltd. This marks the start of M&S’ 50/50 joint venture with Ocado Group, comprising Ocado’s UK grocery retail business (“Ocado Retail Ltd”), supported by the Ocado Smart Platform (OSP) technology. To date, access to the full M&S range has been limited to around a dozen stores, but from September 2020, UK shoppers will be able to shop for over 6,500 M&S food products, alongside Ocado’s exclusive brands and own label products, as well as other branded goods, the companies state. M&S expects Ocado Retail to generate an estimated £70 million (US$85 million) of synergies for M&S Food by the third-year following today’s completion. These will arise through a combination of increased buying scale, improved sourcing economies to M&S own label and branded goods and significant reduction in product trial and development costs, the brand notes.

FrieslandCampina is ramping up dairy production to Germany's VLOG standard.In brief: Business highlights
Due to the sharp increase in demand in Germany, Dutch multinational dairy cooperative FrieslandCampina is increasing the number of participating dairy farms that supply VLOG milk from 400 to more than 600. All VLOG milk produced by Dutch FrieslandCampina dairy farmers is used to make cheese for the German market. VLOG (Verband Lebensmittel Ohne Gentechnik) is a German association responsible for the certification and issue of the “Ohne Gentechnik” label. In Germany, more than 50 percent of the milk is already produced according to the VLOG standard. In the Netherlands, FrieslandCampina was the first dairy company to start using VLOG dairy in 2017. The aim is to produce food without the use of genetically modified organisms. This is aimed at the entire chain from feed flows, dairy farming, transport and dairy processing to the store shelf. In addition, all participating dairy farms apply full outdoor grazing on their farms.

The Tyson Manufacturing Automation Center (TMAC) has officially opened in downtown Springdale, Arkensaw, US. The center provides space for the development of new manufacturing solutions and collaboration with the company’s information technology team and equipment suppliers. The facility also serves as a location for team member training on new technology. The two-story, 26,000-square-foot facility features four main areas: A machine vision technology lab, a lab that simulates a food production environment, training classrooms and space for team members to train in automation and robotics technology. The center is in a building that was previously used to service vehicles for the company’s poultry business. Reclaimed wood from the company’s original headquarters was used in the renovated building. The company has invested more than US$215 million in automation and robotics in the last five years. In addition, the company will engage with local schools participating in robotics competitions to further drive awareness and the importance of educational opportunities in areas of science, technology, engineering and math. 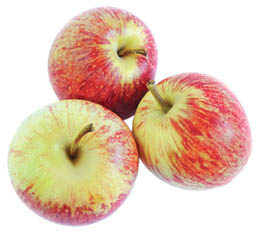 The FruitGuys is releasing “endangered” Gravenstein apples in a limited edition offering.
Fruit lovers in the US can now get their hands on the famous sweet-tart Gravenstein apple, which is listed on Slow Food's Ark of Taste as an endangered American food. The FruitGuys, a provider of farm-fresh fruit and “thoughtful snacks,” has announced the release of its 13th annual limited-edition Gravenstein Apple Box, which benefits participating Gravenstein growers. These heirloom apples can be purchased for delivery across the country until 23 August, making it possible for apple lovers everywhere to enjoy the historic and rare Northern California fruit. During World War II, more than 7,000 acres of delicious Gravenstein apples were in production, providing dried apples and applesauce to thousands of American soldiers. Today, a mere 700 acres of the apples remain due to rising land prices, cheap imported apples, and low profitability. The FruitGuys is supporting local apple farmers this year by giving them 16 percent of the profits from box sales and partnering with Slow Food Russian River's efforts to expand the apple's market.

US-based Laird Superfood, producer of assorted superfood products, has announced the newest addition to its popular instant beverage line, Unsweetened Instafuel. The new Unsweetened Instafuel mixes premium freeze-dried 100 percent Arabica coffee with the Unsweetened Superfood Creamer to create “convenient, delicious and functional fuel,” without sugar or artificial ingredients. “With the explosive success of our Unsweetened Original Creamer, we quickly began working on an on-the-go option that combined the power of our creamers with the convenience of an instant coffee or tea,” says Paul Hodge, CEO and Co-founder of Laird Superfood. “We're always looking for new and innovative ways to keep our customers energized and in peak performance for their active lifestyles and the Unsweetened Instafuel offers an easy solution you can feel good about drinking."

TNT Crust (TNT), a US manufacturer and distributor of pizza crusts, has expanded its product line to now offer a comprehensive selection of “better-for-you” pizza crusts, including organic, gluten-free and various vegetable-based offerings. TNT has been qualified toUnsweetened Instafuel by Laird Superfood. manufacture both USDA-certified organic and certified gluten-free pizza crusts using its production lines located in Green Bay, Wisconsin. All manufacturing facilities are BRC-certified with a commitment to product quality and food safety. Since the acquisition of the Company in September 2018 by an affiliate of Peak Rock Capital, a middle-market private investment firm, TNT has invested substantially in its manufacturing operations and personnel. In early 2019, TNT installed additional production capacity to support growth and facilitate the Company's expansion into better-for-you pizza crusts.

In brief: New executive hires
Nielsen-Massey Vanillas, a Dutch provider of fine vanilla extracts and flavor products, has appointed Bill Bond, a veteran food industry sales executive, to join the company as Vice President of Global Sales. Bond comes to Nielsen-Massey from Eagle Family Foods Group, a US$350 million branded, private label, canned milk and snacks company, where he served as Vice President of Sales Retail and Channels. Prior to that, he was Director of National Sales and Milk Business Development for The J.M. Smucker Company. “We’re excited to have someone with Bill’s deep food industry expertise join our leadership team to head up sales,” says Kirk Trofholz, Chief Executive Officer. “Bill’s extensive career experience in branded food sales initiatives, including targeted channel programs, product innovation and in-store retail expansion, make him the ideal person to lead the sales function at Nielsen-Massey as we pursue our strategy for growth.”

Olivier Rigaud appointed as new CEO of Corbion following approval by shareholders. He will succeed Tjerk de Ruiter, effective 8 August, and will form the Board of Management together with CFO Eddy van Rhede van der Kloot. The French national with a Master's degree in Chemistry has operated in the sector for nearly 30 years, in significant leadership roles at Tate & Lyle and most recently as CEO at Naturex, until it was acquired by Givaudan in 2018.

FrieslandCampina to offload German dairy operations, zeroing in on high-performing Chocomel and Valess