You are in : All News > US: New study puts forward case for hiking up alcohol taxes 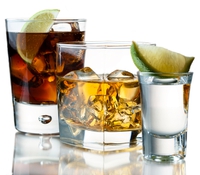 13 Dec 2017 --- US state alcohol excise taxes are typically only a few cents per drink and have not kept pace with inflation, according to a new study. Soon to be published in the January issue of the Journal of Studies on Alcohol and Drugs, authors claim that hiking up taxes would be a chance for US states to increase revenues while simultaneously improving public health costs related to excessive alcohol consumption.

Although excise taxes are the most common type of tax levied in alcohol sales, used by all 50 states for beer and by most states for wine and spirits, they are not well understood, says the study.

The formula is based on a fixed cost per unit volume (for example, US$18 for a barrel of beer, regardless of the brand or cost of the beer). Because the tax is not easy to understand, in the current study researchers calculated tax amounts in relation to standard drink sizes in the US.

Also, because flat taxes are based on volume sold, not on a percentage of the sale price, they don't keep pace with inflation.

Added to that, most states haven't changed the amount of their excise taxes in quite some time. As a result, in inflation-adjusted dollars, the researchers calculated that the average state alcohol excise tax has declined by 30 percent for beer, 27 percent for wine, and 32 percent for spirits since 1991.

“The most important finding here is that alcohol excise taxes are incredibly low,” says the study's lead author Timothy S. Naimi, M.D., M.P.H., from Boston Medical Center and BU School of Medicine. “In several states, the price is so low that it rounds to zero pennies. Basically no excise tax at all.”

Two factors likely contributed to this decline, says Naimi. First, excise taxes don't receive a lot of attention. They happen behind the scenes and are already built into the cost of a case of beer or a glass of wine at a bar – the consumer doesn't see them.

Secondly, there is political pressure not to raise any kind of taxes on alcohol sales.

For reducing problems caused by alcohol consumption, “no policy has a better track record of effectiveness than do alcohol taxes,” Naimi said. “There's very strong evidence that raising prices through taxes or other means – making it a little less cheap – has lots of possible benefits.”

“For people who are drinking a lot, it has a surprisingly big impact on consumption and related harms. Raising taxes could help solve state budget problems and is a great way to raise revenue. A lot of people would cast it as a win-win.”

Research cited in the study shows that 88,000 deaths and US$249 billion in costs each year are caused by excessive alcohol consumption in the US.

Naimi said research has shown that when the cost of a drink increases by 10 percent, people tend to drink 5 to 6 percent less. This decrease could help bring about reductions in health care costs, alcohol-related car accidents and other harms.

Although excise taxes could be written to be indexed to inflation, no state has done that, according to Naimi.

“Unless taxes are adjusted, they're constantly eroding due to inflation,” he said. “Price has a dampening effect on consumption, and higher taxes definitely put the brakes on how much people drink. It's a pretty efficient way to cut consumption and related harms.”

An accompanying editorial written by Jeremy Bray, Ph.D., of the University of North Carolina at Greensboro, and Thomas Babor, Ph.D., M.P.H., of UConn Health in Farmington, Connecticut, says that Naimi and his colleagues make a compelling case for increasing excise alcohol taxes as a way to increase state revenues, decrease the consequences of excessive consumption and reduce the need for health care services. Bray and Babor refer to this potential as an alcohol policy “trifecta.”

“Most states have not only an opportunity to raise revenues and improve public health at the same time but also a moral obligation to prevent the further erosion of the protections that tax policies provide to excessive drinkers,” they write. “From our perspective, this type of descriptive research has enormous implications for policy that should not be ignored.”

Guinness has begun the global rollout of its new hybrid beverage, Cold Brew Coffee Beer amid a boom in take home sales of Ready-to-Drink iced coffees. With... Read More