You are in : All News > US food delivery platform Chowbus flags purchasing behaviors amid COVID-19

22 Dec 2020 --- Consumers are ordering more food and groceries online during more eating occasions – with some spending a significant amount of money in the process.

This is according to a new report by food delivery platform Chowbus, which reveals emerging consumer patterns based on millions of orders in the US and Canada.

The company specializes in connecting “mom and pop” Asian businesses to consumers online and offers a bundling service, providing food from multiple restaurants and grocery stores to homes for a single fee.

Big tickets
Among the data, Chowbus highlights that some users spent an unusually high amount of money on food delivery.

“One of the more surprising stats was the most money spent on a single order in 2020. The order total was US$2,803, which included 145 different selections from Royce Chocolate, a Japanese sweets shop in Chicago,” a spokesperson at Chowbus tells FoodIngredientsFirst. 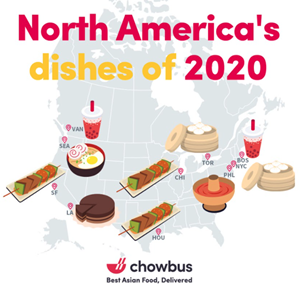 Milk tea was the most ordered item in 2020, but North American cities showed regional variations in the most popular food ordered.More moments to order online
It’s no surprise that order sizes increased during the pandemic. Average order sizes sustained a 25 percent increase from March to present, as compared to January and February of 2020.

With office workers confined to their homes for much of this year, Chowbus saw a rise in lunch traffic. The most popular time to place an order in 2020 was at 12 p.m.

Additionally, the average lunch order frequency by user increased 144 percent between April 1 and November 30, 2020, compared to the pre-pandemic average (January 1 to March 31, 2020).

Late-night orders also saw an increase, although this varied by location.

While orders after 8 p.m. increased 13 percent during the pandemic in San Francisco, Silicon Valley orders increased by 99 percent in the same period of time.

The most late-night orders in both locations were from Asian BBQ restaurants.

Most popular menu items of 2020
Overall Chowbus users’ favorite cuisine of 2020 was Sichuan, followed by Korean and Hunan.

With triple the order volume of any other dish on Chowbus, milk tea was the most popular dish of 2020, with over 500,000 milk tea orders.

It was particularly on order in Champaign, Illinois and Seattle, Washington in the US and in Vancouver, Canada.

Dumplings were the most commonly ordered food around that holiday, and most customers added milk tea to their purchase for a little added sweetness. 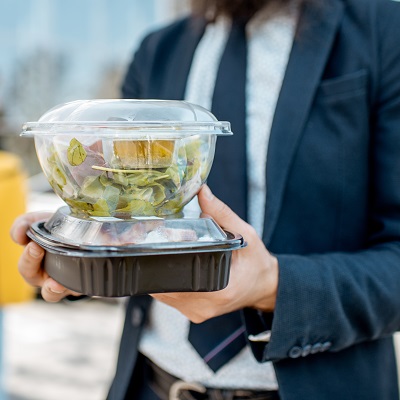 Chowbus users’ favorite cuisine of 2020 was Sichuan, followed by Korean and Hunan.

“As we look to the coming Chinese New Year celebration this February, we expect to see similar trends in dumplings orders,” says the spokesperson.

At the start of the pandemic, Chowbus notes that the platform also saw a massive jump in frozen dumpling orders.

“Grocery orders for frozen dumplings spiked by 1,538 percent in March and April when compared to January and February,” they say.

“In the cold months, we expect to see continued and increasing enthusiasm for fatty sliced beef for customers’ winter hot pots.”

It aims to empower local independent restaurants and stores with the technology, tools, and marketing to grow their business.

“Aside from fees, small Asian restaurants typically don’t feel supported by the larger delivery platforms. We offer support in their languages, and they have a personal contact within Chowbus for any help or questions they might have.”

“We have made implementing technology into independent family-owned restaurants, which was previously out of reach for many older first-generation owners, much more accessible,” they conclude.

Consumer appetite to experiment with food has never been higher, driven by the restrictions that COVID-19 has brought around. Previously well-traveled consumers have... Read More

Tailored for health: ADM pins citrus and exotic flavors to star in 2021

Flavor trends are evolving alongside consumer behavior patterns. As people continue to focus on holistic health and wellness, they are gravitating toward flavors that... Read More

For many consumers amid the coronavirus pandemic, working in the home office has become a new norm with flexible workplaces taking over from conventional office... Read More

Social media users are more likely to eat fruit and veg – or snack on junk food – if they think their friends do the same, a new study has found. The... Read More

The US foodservice environment is changing as more consumers adopt home delivery options into their schedules, with heavy users of delivery ordering in more than six... Read More