You are in : All News > UK tax consultation on single-use plastic welcomed by industry bodies amid ongoing pollution debate 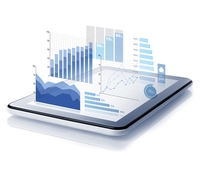 14 Mar 2018 --- UK Chancellor, Philip Hammond, has confirmed plans to launch a public tax consultation with the aim of tackling plastic pollution. Speaking during his Spring Statement, the Chancellor also announced a £20 million innovation fund for businesses and universities to develop new technologies in plastic recycling. The move has received widespread approval in the industry.

The move comes after UK Prime Minister Theresa May recently pledged to eradicate all "avoidable" plastic waste by 2042 as part of the government’s 25-year Environmental Plan.

Hammond has reached out to the industry, calling for evidence on how alterations to the tax system can be implemented to minimize single-use plastic packaging. The Chancellor said: “We must take bold action to become a world leader in tackling the scourge of single-use plastic littering our streets, countryside and coastline. From crisp packets to coffee cups, each year the UK produces millions of tons of waste which is neither recyclable nor biodegradable."

"We are determined to create an environment that is fit for future generations. By working with industry, innovators and the public I am confident that we can bring about real change."

Despite widespread global initiatives to tackle plastic pollution and encourage plastic recycling – see, for example, the recent launch of the world’s first plastic-free supermarket aisle in Amsterdam – plastic production has continued to increase. According to Innova Market Insights, 58 percent of globally launched food and beverage products in 2017 were packaged in plastic, a 5 percent increase from 2013, while 96 percent of all newly launched water products in 2017 were packaged in PET bottles. And according to the Earth Institute at Columbia University, only 9.5 percent of plastic is recycled and there are already 165 million tons of plastic debris in our oceans.

Executive Director of the Foodservice Packaging Association, Martin Kersh, has welcomed the public consultation, calling it ”an opportunity to open up a balanced debate” and that packaging businesses should ”make a big effort” to comply with Hammond’s call for evidence.

Kersh outlined his reasons: “We need to know what effect this tax would have on employment and that there are no unintended consequences. The Chancellor could be persuaded to make the right decision for the economic well-being of the country. We are delighted that the government has acknowledged the PRN system and we now have to show that the system delivers and can deliver more. The £20m allocation to fund research and innovation is a win. As an industry, we would be nuts if we did not apply for the money.”

Director General of the British Plastics Federation, Philip Law, also supported the call for evidence and supported government interventions that “encourage reusable and recyclable plastic, as well as measures that reduce litter and improve recycling.”

“The devil of course will be in the detail, and we must not lose sight of the broader point that there are many positive uses for plastic in our society – from our hospitals to food security. We look forward to working with the government, environmental groups and industry in the months ahead to find a solution that works – and meets the critical challenge of reducing plastic waste.”

Chief technology and innovation officer at Veolia UK and Ireland, Richard Kirkman, said that “Over five billion plastic bottles that can easily be recycled are not even re-entering the supply chain. The good news is we seem to be at a tipping point. With the right policy conditions, manufacturers, consumers and the recycling industry can collectively start a new recycling revolution.”

News of the public plastic-tax consultation comes at the same time as Tory MP, James Cleverly’s, criticisms of Tesco for use of excessive plastic packaging in two of its meat products. The MP referred to the packaging as “cynical,” posting an image on twitter which showed that when the product labels are removed, there is a sizeable gap in the packaging, which deceives the customers’ expectations of how much meat is contained in the product. Many of Cleverly’s followers suggested that he should visit the local butcher instead.

Tesco responded by saying: "The price and weight of a product are always clearly labeled on the packaging. With this product, due to the thickness of the ribs, there needs to be a gap between each piece to ensure that a proper seal occurs to guarantee freshness and quality. However, we have contacted our supplier partners and will review the approach, including placing the label on the left in the future."