You are in : All News > UK Sweet Treats Break £1 Billion Mark in Global Sales 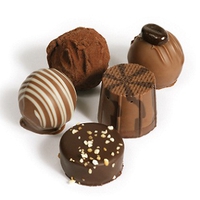 The UK is sweetening the world with its treats as countries from Nigeria to the Netherlands tucked into a record 150,000 tonnes of our best confectionery last year, including 900 million Quality Street sweets, UK Environment Secretary Elizabeth Truss has announced.

Latest figures show that the world is hungry for the UK’s 100-year-old sweet shop favourite, with the equivalent of 21 million Kit Kat Chunky bars sold to overseas markets last year alone, including Germany, Italy and Canada. Lined up end-to-end they would cover the distance from London to Rome.

Internationally the UK is gaining a deserved reputation for top quality treats, with sweet-toothed customers in Antarctica and countries with a proud chocolate history like Switzerland and France.

“Our confectionery companies exported the equivalent of 7.5 million biscuits to 143 countries in 2013 – generating a record £1.1 billion for the UK economy, supporting our long-term economic plan.”

Elizabeth Truss said: “These figures show that all over the world people are reaching into their biscuit tins to enjoy the sweet treats we have to offer. Fox’s Biscuits is just one example – exporting Yorkshire-baked biscuits to the USA, the cookie capital of the world.”

“And it’s not just biscuits, but chocolate and sweets that we’re selling worldwide, to the tune of £1.1 billion – a record amount which is helping to build a stronger economy for the UK. But we want even more British businesses to benefit from this appetite abroad. That’s why, during UKTI Export Week, we’re supporting industry to export more of their treats overseas.”

Lord Livingston, UKTI, said: “By growing their international customers our medium-sized businesses can become the next Vodafone, Unilever or Jaguar Land Rover. British firms should be exporting just as much as companies from Italy and Germany. By the end of this year I want to treble the numbers receiving support so that we can overhaul our international rivals.”

“Companies do better with UKTI support, receiving advice on over 100 markets around the world, introductions to new distributors, access to finance, help to sell online and much more. It’s not just the traditional British brands that can capitalise on markets abroad; upcoming brands like Candy Kittens – the brainchild of Jamie Laing, star of reality show Made in Chelsea – are exporting to the USA, Malta, Netherlands and Germany.”

Jamie Laing, Founder of Candy Kittens, said: “We couldn’t be happier with how our new gluten-free gourmet gummy candy range has been received in the UK and are very proud of our list of stockists. We are very excited to push overseas and introduce our innovative product to foreign markets; we have already received a lot of interest.”

“Not only are UK confectioners now filling the biscuit tins of millions of people across the world, but increasing their exports has also helped grow the UK’s food and drink industry. It remains the country’s biggest manufacturing sector, greater than cars and aerospace combined. The entire food chain contributes £97 billion a year to our economy and employs one in eight people.”

In 2013 exports of UK food and drink were worth £18.9 billion, an increase of £1.2 billion since 2010. Exports of UK chocolates, sweets and biscuits have rocketed by £294 million in the last four years with total global sales breaking the £1billion mark for the first time in 2013.

The Hershey Company and Barry Callebaut have extended their strategic supply partnership signed initially in 2007. Under the agreement, Barry Callebaut will continue to... Read More

Barry Callebaut’s newly introduced Indulgence Playbook is a testament to the premiumization of confectionery over the last year, which saw unique and blissful... Read More

Cargill is investing US$45 million to add soluble fibers to its European portfolio of starches, sweeteners and texturizers as demand for reduced-sugar products grows.... Read More

Mondelēz International has begun a food transparency program with the Triscuit brand. Consumers can discover the journey of the white-winter wheat baked into Triscuit... Read More

After months of anticipation, Nestlé’s Vegan KitKat is finally hitting shelves in selected markets, including the UK, Poland, Estonia, Latvia and... Read More