You are in : All News > UK MPs Pass Sugar Tax 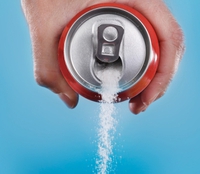 26 Apr 2017 --- UK MPs have approved the Finance Bill, which incorporates legislation enabling the introduction of the Soft Drinks Industry Levy in April 2018.

Malcolm Clark, the coordinator of the Children’s Food Campaign which led the calls for a sugary drinks tax in the UK, said: “This is a good day for parents, health professionals and indeed Parliament.”

“A sugary drinks tax has been a hard-fought victory for children’s health. But the next Government should be under no illusion about the scale of the challenge remaining,” he stated.

“The battle-lines of opposition have already been drawn by the food and drinks industries and their well-funded front-groups to other similarly brave and bold measures – including restrictions on junk food marketing and promotions – that are needed to reduce childhood obesity and diet-related ill-health.”

The Obesity Health Alliance, a coalition of over 40 health charities, medical royal colleges and campaign groups also welcomed the news, commenting: “This is a landmark day for children’s health.”

“We applaud Parliament for showing their commitment to reducing children’s sugar consumption and encourage all parties ahead of the general election to commit to tackling childhood obesity and upholding the implementation and robust evaluation of the levy.”

The news was not welcomed by Gavin Partington BSDA Director General, who said: “We have always objected to the soft drinks tax on principle.”

“We support the need to address the public health challenge the country faces, but there is no evidence taxing a single product or ingredient has reduced levels of obesity anywhere in the world”

He argued, “Soft drinks companies have led the way on reformulation, smaller pack sizes and investment in promotion of low and no-calorie products, which have all helped consumers reduce sugar intake from soft drinks, down nearly 18% since 2012.”