You are in : All News > UK: Iceland retailer scraps palm oil from own label food 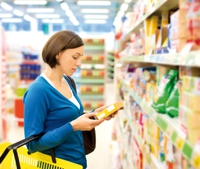 10 Apr 2018 --- UK supermarket Iceland is making a pioneering move by claiming to be the first major supermarket in Britain to completely remove palm oil from its own label food. The UK’s leading frozen food specialist has said that it will stop using palm oil as an ingredient in all its own label food by the end of this year. The project is already well underway, with palm oil successfully removed from 50 percent of its own label range; 130 products will have been reformulated by the end of 2018.

Iceland has brought out 100 new lines without palm oil, including its new summer range, and by the beginning of 2019, the supermarket will have launched more than 200 new lines that do not contain palm oil.
There has been growing consumer concern over the use of palm oil as an ingredient in food as it is has been controversially associated with deforestation. This has reportedly lead to the collapse of Orangutan populations in key growing countries like Indonesia and Malaysia. It has also been associated with child labor issues and has come under heavy scrutiny from environmental campaigners.
As global consumers switch off from palm oil, some manufacturers are paying closer attention to its use in food and how it may not be considered ethical, sustainable and therefore counterproductive to clean and clear labels.
Many involved in the sourcing and selling of palm oil, claim to be working towards creating a sustainable supply chain and much work has been carried out in this regard. However, Iceland Managing Director, Richard Walker, believes there is no such thing as guaranteed "sustainable" palm oil available in the mass market and so is making the bold move.
“Growing demand for palm oil for use in food products, cosmetics and biodiesel are devastating tropical rainforests across South East Asia. In Indonesia and Malaysia, where expanding palm oil and wood pulp plantations are the biggest driver of deforestation, many species are being threatened with extinction, including the orangutan, already critically endangered,” says an Iceland statement.
“Recently published studies show that Bornean orangutan numbers more than halved between 1999 and 2015, with only 70,000-100,000 individuals remaining.”
“Deforestation also results in increased global carbon emissions. In 2014, Indonesia had the fourth-largest greenhouse gas emissions, mostly as a result of deforestation.”
Iceland claims that palm oil is currently found in 50 percent of all supermarket products, from bread to biscuits and breakfast cereal to soap. Despite this, it says that approximately 35 percent of consumers are unaware of what palm oil is. Once informed about palm oil and its effects on the environment, 85 percent state that they do not believe palm oil should be used in food products.
Iceland says it has made this ethical decision to remove palm oil to demonstrate to the food industry that it is possible to reduce the demand for palm oil while seeking solutions that do not destroy the world’s rainforest.
“Until Iceland can guarantee palm oil is not causing rainforest destruction, we are simply saying ‘no to palm oil.’ We don’t believe there is such a thing as guaranteed ‘sustainable’ palm oil available in the mass market, so we are giving consumers a choice to say no to palm for the first time,” says Walker.
“Having recently been to Indonesia and seen the environmental devastation caused by expanding palm oil production first hand, I feel passionate about the importance of raising awareness of this issue – and I know many British consumers share my concern and want to have a real choice about what they buy.”
“This journey has shown me that, currently, no major supermarket or food manufacturer can substantiate any claim that the palm oil they use is truly sustainable, as the damage being caused to the global environment and communities in Southeast Asia is just too extensive.”
Iceland’s no palm oil journey pledge is that by the end of 2018, 100 percent of the supermarket’s own label food lines will contain no palm oil, reducing demand for palm oil by more than 500 tons per year.
Iceland says it has only ever worked with trusted suppliers with whom it has forged strong relationships throughout the supply chain – and the response from Iceland’s own label suppliers to the no palm oil campaign has been incredibly enthusiastic.
Before work began on this initiative, palm oil was present in 130 lines, accounting for approximately 10 percent of Iceland’s own label food.
In light of the news today, Darrel Webber, RSPO’s CEO said: “We fully share Iceland’s concerns about the environmental impact of palm oil, but we do not agree with the solutions they are adopting. Before getting rid of palm oil, we should ask ourselves: what is the impact of the alternatives? We should let consumers know that palm trees produce 4-10 times more oil per hectare than any other oil crop. Therefore eliminating palm oil might lead to the use of more land with higher risks of deforestation. What if we were to discover that palm oil is replaced by butter from cows fed with unsustainable soy grown at the expense of Amazon forest instead? If Iceland wants to guarantee that their oils and fats sourcing is not causing rainforest destruction, they should work with the rest of the supply chain to promote the use of sustainable standards, such as RSPO, with a view to improving the sustainability of the entire market.”
But NGO Greenpeace welcomed the move by Iceland. “Iceland has concluded that removing palm oil is the only way it can offer its customers a guarantee that its products do not contain palm oil from forest destruction. This decision is a direct response to the palm oil industry’s failure to clean up its act,” comments John Sauven, Executive Director of Greenpeace UK.
“As global temperatures rise from burning forests, and populations of endangered species continue to dwindle, companies using agricultural commodities like palm oil will come under increasing pressure to clean up their supply chains.”
“Many of the biggest consumer companies in the world have promised to end their role in deforestation by 2020. Time is running out not just for these household brands but for the wildlife, the climate and everyone who depends on healthy forests for their survival.”
Earlier this year, Iceland drew headlines when it announced a bold move to go plastic-free by the end of 2023.
By Gaynor Selby

The Good Food Institute (GFI) is awarding US$5 million to boost research into alternative proteins – a “powerful and scalable climate solution” that... Read More

In the US, Bequest Coffee Roasters has developed a method of reducing packaging waste in the coffee supply chain, while preserving the freshness of single-origin beans.... Read More

As the UN Food System Summit sets the stage to bring about tangible, positive changes to the world’s food systems, Novozymes’s latest strategy is to rethink... Read More