You are in : All News > UK F&B exports sail around the world in a challenging year of pandemic headwinds

09 May 2022 --- The UK is showing recovery from supply chain and COVID-19 pandemic-related obstacles by expanding to non-EU international markets. According to the Food & Drink Federation (FDF), companies are taking advantage of the opportunities that new UK government trade deals bring – including a near three-fold increase of British salmon exports to China.

Meanwhile, exports to the EU have dropped by 12%.

“For UK F&B there is untapped potential right across the globe. Looking outside the EU, the top five markets offering significant export opportunities are China, the Gulf, the US, Japan and India,” Dominic Goudie, FDF head of international trade, tells FoodIngredientsFirst.

“This includes opportunities to recover lost sales and return to long-term export growth in EU markets.”

Losing strength in Europe
While the FDF welcomes the rise in exports and recovering from pandemic times, the cost of living in Britain is increasing at such a rate that many people are skipping meals because they can’t afford to buy so much food, according to research by the charity the Food Foundation.

However, while exports are growing in international markets by 8.3%, the UK is losing strength in EU markets, with a decrease of 12% in exported food products.

The FDF says that “more can be done to improve the implementation of the UK-EU trade agreement, to help companies recover exports in the EU alongside growing market share in other global markets.”

In January last year, the enactment of Britain’s new trade deal with the EU spelled out marked volatility for agri-food trading activities, as suppliers raced to acclimate to the new rules.

Meanwhile, Russia’s invasion of Ukraine is not factored into this report on 2021, the FDF concedes. “We’re yet to understand its full impact on our sector’s exports and on the global supply chains on which our sector relies for some ingredients, such as vegetable oils, cereals and white fish,” states the organization.

Vegetable oils have been severely impacted by Russia’s continued invasion of Ukraine as have wheat supplies.

The UK trade deficit with China has been rapidly closing  down in the last decade (Credit: FDF).UK businesses take a closer look at their globe maps
Global uncertainty has driven companies to more distant markets, with considerable returns.

The Central and South America market is the most positive outlier, with a sturdy yearly increase of 62.3%, surpassing the Australasia and Oceania regional market, which has more historical ties.

There has also been continental growth in Africa and the North America region, but efforts have been centered in the Asia market with a 9.6% year-on-year growth.

“Exports to East Asia are recovering faster than in most other regions, driven by particularly strong growth to South Korea and Taiwan,” according to the FDF.

Whisky and salmon have been the winners of 2021, with whisky being the top export of the UK in Japan, Taiwan and South Korea. The alcoholic drink has also captivated Chinese consumers with a yearly increase in demand of 84%, reaching 200 million and becoming China’s second top import.

There has also been an 194.3% increase in the exports of UK salmon to the Asian giant.

The traditional trade deficit of the UK with China is rapidly closing down, with exports being now close to overtaking UK imports of F&B.

Meanwhile, the UK-Japan trade agreement – which entered into force in 2021 – has driven up exports to the country, increasing the sales of whisky, cereal and wine. 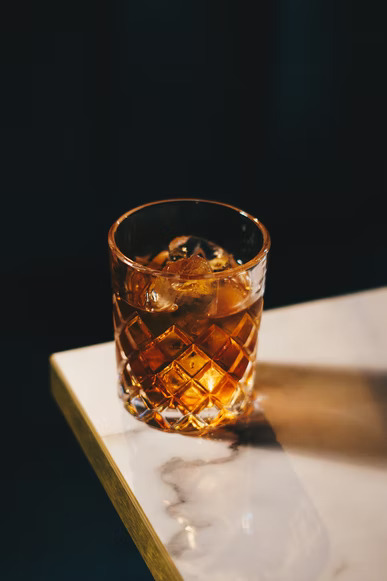 Whisky exports had a remarkable 2021 to remember. Selling fast across all international markets.
UK F&B exports fell 4% in 2021 despite healthy recoveries in Scotland, Wales and the England North East region.

This is explained due to England’s large market share – which comprises half of the UK F&B export market – shrinking by 9% in 2021, losing US$1.12 billion in exports.

While beverages have grown 7.8% year-on-year, England has been hit hard in the cereals, meat, dairy, vegetable, fish and the sugar and honey sectors.

England has also decreased its exports to its top buyer Ireland, with Irish buying a quarter less of English products in 2021.

Nonetheless, there has been a healthy growth in exports to France, the US and non-EU markets.

Scotland, Wales and Northern Ireland
Beverages exports – which grew across all UK companies – were spearheaded by Scotland, which businesses managed to drive interest for French, US and Chinese consumers. In China, exports from Scotland nearly doubled (up 96.3%).

“Scotland continues to punch above its weight, accounting for the largest share of UK food and drink exports with an impressive 30% of total exports,” says David Thomson, chief executive, FDF Scotland.

“Given the global strength of Scotch Whisky exports, it is unsurprising that Scotland’s biggest export category is beverages, which makes up almost three-quarters of total exports,” highlights the FDF report.

Wales is the only UK nation to exceed pre-COVID export levels, with its growth being led by its cereal sector, which grew by 173%.

Northern Ireland was the most stable nation of those analyzed, with a 0.9% decrease in exports in 2021.

Food systems are in need of urgent reform if millions are to be spared from critical food insecurity, according to the International Panel of Experts on Sustainable Food... Read More