You are in : All News > The reputational risk of deforestation-linked soy: Investors call for action on global supply chains

11 Mar 2019 --- Investor concerns around reputational risk and climate change have spurred a new collective call on companies to cut climate and deforestation-related risks in global soybean supply chains. As the global demand for soybean products continues to increase, 57 investors with more than US$6.3 trillion in assets under management are calling on companies to disclose and eliminate deforestation risks in soybean supply chains, with a view to protect the long-term value of their investments.

New tracking technologies, such as drone satellite imagery, are giving environmentalists the opportunity to identify deforestation in real time and force the hand of suppliers’ compliance. “Changes in technology allow you to see deforestation happening almost in real time,” Julie Nash, Director of Food and Capital Markets at the sustainability non-profit organization Ceres, tells FoodIngredientsFirst. “There are groups that can tie that almost directly back to companies, so there is a significant amount of reputational risk. We are seeing rapid response systems evolve and recognize that they will evolve further over the next couple of years, which is why you have so much concern for these investors who are holding these stocks in their portfolio. So they are looking at having these companies improve their risk mitigation when it comes to deforestation.” Soybean production, in particular, is the second largest soft commodity driver of deforestation, and production continues to escalate to meet growing demand. More than one million square kilometers of farmland worldwide are now dedicated towards growing soybeans. 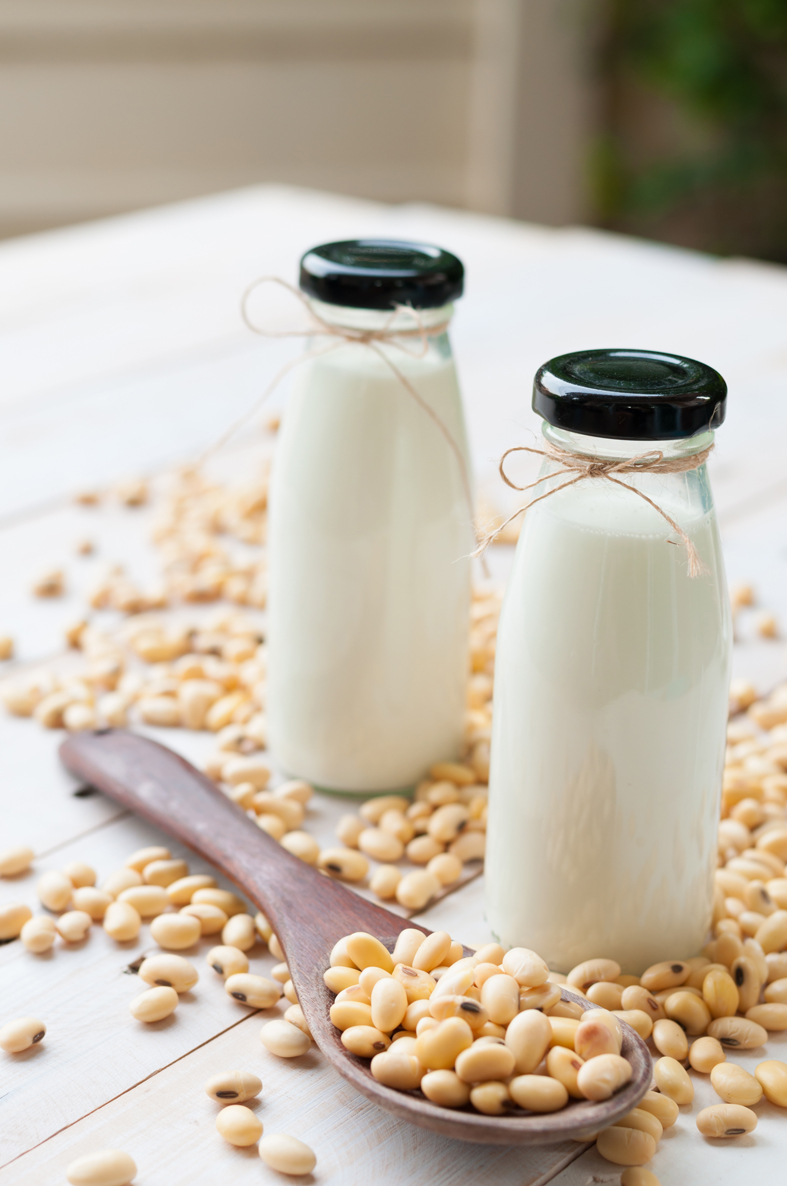 Beyond reputation concern, there is a pure practical sustainability element to this too. “When you look at agriculture and greenhouse gas emissions (GHG), there are studies that say that up to 25 percent of emissions come from agriculture, whether agriculturally-driven deforestation or agricultural practices. It is a really large contributor to GHG emissions and to be able to meet their Paris Climate Change commitments, companies need to able to start addressing the GHG that are in their portfolio,” Nash notes.

Soy: A deforestation driver
Increased demand for soybean products, in particular, soymeal for livestock feed, has been a significant driver of deforestation in South America and particularly Brazil, now the largest exporter of soybeans globally.

The success of the Brazilian Soy Moratorium in the Amazon Basin (2006) in countering agricultural deforestation has had a likely knock-on effect of moving the deforestation hotspot to the Cerrado savanna region of Brazil, however.

Investors are calling on companies to commit to eliminating deforestation risks within their entire soybean supply chain. In the statement, the investors laid out several expectations for companies to meet including awareness and oversight of sustainability and deforestation issues at board level, and increased public disclosure on a wide range of issues including of scope 1, 2 and 3 (direct and indirect) greenhouse gas emissions.

“Companies that source soy products grown in South America are exposed to a number of deforestation-related business risks,” the letter reads. “These include reputational risks as consumers become aware that a company’s supply chain is linked with deforestation, or land and labor rights issues, operational risks from potential changes in local climate and falling agricultural yields, as well as regulatory and litigation risks, and market access risk.”

The statement was coordinated by the Investor Initiative for Sustainable Forests (IISF). IISF is a joint initiative led by Ceres and PRI, which aims to transform industry practices to eliminate deforestation from cattle and soy supply chains. Financial support is provided by the Gordon and Betty Moore Foundation and is part of a conservation and financial markets collaboration.

Nash explains that the group comprises primarily series investor members and PRI (Principles for Responsible Investment) signatories headquartered in the US, Europe, South America and Asia. They range in size but include investment behemoths such as BNP Paribas, Legal & General and Hermes. “There is a shared commitment, all the way from the smaller companies to the larger members on connecting the risks from deforestation in their portfolios,” she notes. “We have found in our work that investors need greater disclosure to implementation and commitment to address deforestation. That is what really links them,” she adds.

Nash explains that there are two significant rationales behind the investors involved in this working group. First, are the investors who are really looking at this from a GHG standpoint. “They are looking at GHG across their own portfolio. They recognize that land use change and deforestation is a large driver of GHG emissions in agricultural companies. They are looking at the main commodities, such as beef, soy and palm as major drivers of deforestation,” she notes.

Investor frustrations
The move has undoubtedly been spurred by investor frustration at a lack of real quantifiable progress on no deforestation commitments. Many companies have had 2020 commitments in place, which at the time sounded abstract. But with 2020 now just around the corner, it is high time for true detail, with investors calling on companies to quantitatively outline where they actually stand. 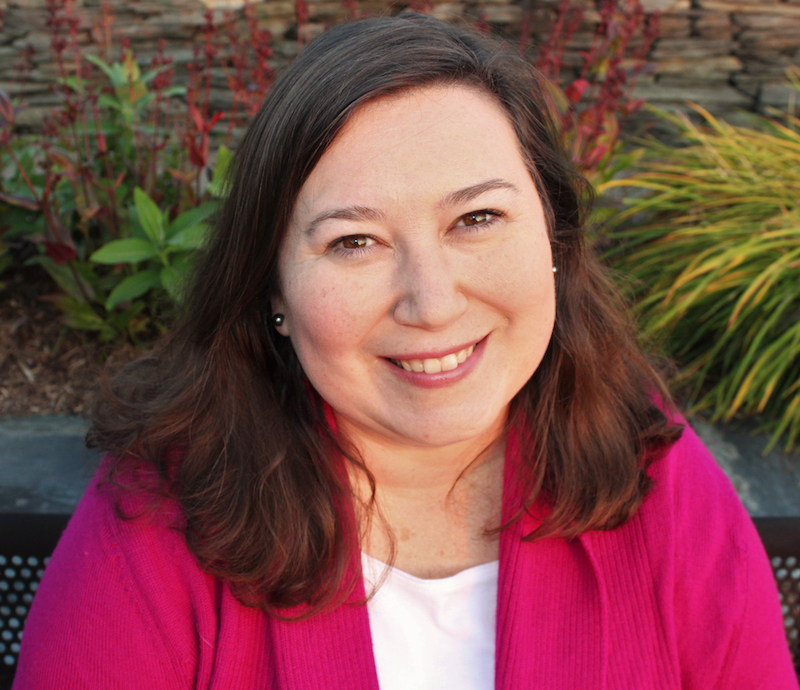 Julie Nash, Director of Food and Capital Markets at the sustainability non-profit organization Ceres.“What investors are very concerned about is that there a number of companies that have commitments within the 2020 timeframe, but haven’t been regularly disclosing their progress,” notes Nash. “So they are looking at what percentage of their soy is compliant for no deforestation, in order to understand where competitors are within the landscape and how they compare with one another.”

Nash does note that there are industry leaders that are doing this and revealing progress. “It is encouraging to see companies that are disclosing their progress in a quantitative way, with Nestlé talking about the percentage of their soy that meets the no deforestation commitments. Unilever is another example that talks about the percentage of their supply chain that is traceable,” she adds.

Beyond regular updates on commitment targets, investors are calling for greater traceability and supplier assurance. “If you don’t know where your product comes from it is very difficult to be able to understand the risks that come with it,” she notes.

Rapid response tools highlight the risk for investors with advances in technologies such as blockchain giving environmental groups a lift in identifying malpractice. Specific consumer ready platforms such as Global Forest Watch and Trase are operating within the deforestation tracking space and urging greater system-wide traceability.

“Blockchain means a lot of different things to different people, but we think that it is one of the many avenues that companies have to improve traceability,” says Nash. “We are excited by some of the advances that we have seen in terms of blockchain. I think that the Consumer Goods Forum is doing some good work with companies to be able to look at standards that would enable these new technologies in terms of traceability.”

The investors note in their letter that while the Brazilian Soy Moratorium has been successful in reducing deforestation within the Amazon biome, there is now concern that agricultural expansion and soybean production will lead to increased deforestation in other important regions and biomes within South America, such as the Cerrado and Gran Chaco. “For example, in recent years, the Cerrado has seen a significant conversion of native vegetation, driven largely by increases in soy production. This biome plays an important role as a carbon sink, storing equivalent to approximately 13.7 billion tons of CO2, and deforestation in the region has been linked to changes in regional rainfall and reductions in agricultural yield,” it notes.

“Much of the discussion around climate change has been focused on the energy sector,” says Danielle Carreira, Senior Manager, Environmental Issues at PRI. “However, agriculture, forestry and land use (AFOLU) is a very large portion of the problem. Increased deforestation and land conversion in important biomes are putting business and society at risk. As the problems associated with climate change and deforestation continue, companies will see more investors looking to engage with them on the issue.”

Nash explains that the letter is just the first step of a targeted strategy. “It kicks off a two-year engagement, where investors and groups of investors that have signed on will invest with companies directly that are within their portfolios. This is the start of a two-year dialogue process to be able to work with companies to improve their risk management to this issue,” she notes.

Soy has itself been in the spotlight for other reasons in recent months, being central to the trade spat that exists between the US and China. Whether this could have an indirect impact on where soy is sourced from remains to be seen. “Continued fluctuations in the regulatory and trade environment mean that companies really need to pay attention and make sure that their product is as accessible as possible and to as many different customers as possible,” says Nash. “Although things will continue to evolve from a trade standpoint, we really focus on what is under the company’s control in order to be able to make them as viable to as many customers as possible,” she adds, stressing that companies need to be as nimble as possible in complex times.

For Nash, soy is a crop that can be sustainably produced when not associated with deforestation. But it is not just about soy of course, with beef and palm oil production also flagged as significant contributors to deforestation.

While the Soy Moratorium has worked in addressing deforestation against soy, recovery has also been thwarted by a shift to other uses for the land. “If you look at the historical record, there were periods after the Soy Moratorium went into effect that you saw a change in trajectory in terms of land use change. But there were multiple different factors and soy was only one of them. Right now there is a lot of conversion to beef and there are other crops that are coming in that are surpassing soy in the Amazon,” she points out.

The investor statement comes as the latest Intergovernmental Panel on Climate Change report calls on world governments to limit global temperature rise to 1.5-degrees Celsius to avoid the worst impacts of climate change. Addressing the emissions impacts from deforestation will be critical to meeting these targets, which is significantly more important than any reputational risks that could ensue on the way.

Fast food giants are committing to science-based targets (SBTs) to reduce their emissions following pressure from investors and consumers to step up actions to combat... Read More

Monsanto Subsidary, The Climate Corporation, Takes Aerial Digital Imagery to the Next Level

The Climate Corporation, a subsidiary of Monsanto Company, will be using imagery from aerial imagery partners, Ceres Imaging , TerrAvion and Agribotix, to deliver... Read More

Energy crops such as switchgrass, miscanthus and sorghum are high-yielding crops planted specifically for their energy content. They thrive with less water and... Read More

For the first time, the Strong Ale bottle was dressed up and put on the market in a limited edition two years ago, for the 150th CERES anniversary.